National Grid, a British gas and electric utility company, recently announced that it’s partnering with Boston-based startup VEIR on a pilot project to increase the capacity and performance of long-distance power lines.

VEIR has introduced a new approach to using high-temperature superconductors (HTS) for transmitting electricity. With the larger goal of lowering costs and enabling more easily site-able electric transmission lines, the company developed a system to deliver power across distribution-scale infrastructure without resistive losses. 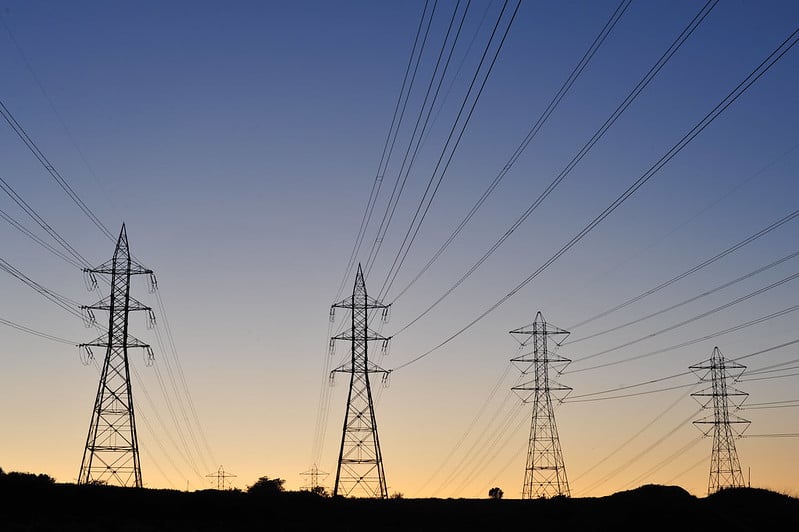 On its website, VEIR claims its HTS cable can operate at up to 10 times the current of conventional wire while maintaining superconductivity, thus enabling lower voltage levels and smaller rights-of-way. Rather than using subcooled liquid nitrogen to maintain the HTS cable system, VEIR uses evaporative cryogenic cooling to deliver nitrogen flow at 20 times the cooling power per kilogram of mechanical subcooling.

Since the invention of high-temperature superconductors in 1986, the technology has steadily gained implementation in grid and commercial applications. But VEIR argues that those existing systems work best over short distances and in dense urban areas. Meanwhile, the cost of deploying long-distance, high-power transmission has increased because such systems rely on expensive and unreliable subcooling equipment.

VEIR’s value proposition is particularly attractive for reducing the costs and time that would usually be spent on permitting and right-of-way planning—all significant barriers to meeting the demand for new high-capacity transmission lines in the United States.

An overview of how transmission lines carry electricity over the grid. Image used courtesy of the U.S. Energy Information Administration

Increased electrification and deployment of renewable power sources equates to higher demand for transmission infrastructure to manage the clean energy transition. Earlier in 2022, the Department of Energy (DOE) noted that the U.S. would need to expand its electricity transmission systems by 60 percent before 2030 or possibly even triple them by 2050.

The federal government is directing heaps of funding and incentives from the Inflation Reduction Act (more than $2 billion) and Bipartisan Infrastructure Law (part of a $73 billion provision) into transmission deployment, research and development, and demonstration projects.

Compounding that demand is the fact that America’s aging transmission network desperately needs upgrades, as EE Power covered earlier this year. In its most recent count (albeit a report from 2015), the DOE estimated that 70 percent of power transformers and transmission lines were 25 years or older, while 60 percent of circuit breakers were pushing 30 years.

The DOE also noted the need for more cables and conductors to increase grid capacity and interconnectivity to meet demand. While the previous solution simply entailed installing new cables and conductors, it didn’t address the challenges of limited right-of-way and opposition from local communities.

In the same report from 2015, the DOE acknowledged that HTS cables could deliver up to five times more electricity than conventional cables made of copper or aluminum. The DOE mentioned some ways to improve HTS cables’ viability, such as reducing superconducting wire and refrigeration system costs and using new materials with higher transition temperatures.

More on the VEIR-National Grid Partnership

VEIR’s HTS cable technology addresses many of the aforementioned challenges, drawing support from a handful of prominent investors including the Bill Gates-founded Breakthrough Energy Ventures, climate startup investor Congruent Ventures, and MIT-affiliated venture firm The Engine. All participated in the company’s $10 million Series A round in 2021.

VEIR has raised $12 million to date, according to PitchBook. It was also awarded $3.3 million in 2021 by the DOE’s Advanced Research Projects Agency through its OPEN 2021 program.

National Grid is expected to benefit from the VEIR partnership by overseeing a project to boost the capacity and efficiency of its power lines. The company often works with early-stage startups on transmission projects, and according to reporting from the Boston Globe, National Grid will receive a small equity stake in VEIR as part of the deal. Though the parent entity is headquartered in London, National Grid serves customers in New York and Massachusetts through its U.S. division.

In related news, since it needs a permanent testing facility to test its technology, VEIR recently sought approval to set up a research site in its home city of Woburn, about 10 miles north of Boston. The Daily Times Chronicle reported recently that the Woburn City Council voted unanimously to grant VEIR a special permit to use a portion of industrial-zoned space as an outdoor laboratory for demonstrating its prototypes to investors.