This introduction to soft starters, which utilize voltage reduction, will address working principles, provide wiring diagrams, and feature the advantages and disadvantages of the technology.

To catch up on this series on motor starters, please visit the following links:

Different types of equipment and machines power industries. Among them is induction–the most used machine in the industry, accounting for a staggering 70% of all motors used in modern industries. The robustness and efficiency give them advantages over other motors used in the industrial sector. These devices require advanced protection against voltage surges and other damages during operation and prevent eventualities that may damage the induction motor and increase its durability. The motor starter is the most frequently used equipment to protect the induction motor. This article will focus on the soft starter.

A soft starter utilizes voltage reduction during motor startup, gradually increasing the voltage. This helps the motor accelerate slowly and smoothly pick up speed. It also protects the motor against mechanical tears due to a full voltage supply. In other words, a soft starter is an electric device that reduces the motor starting torque and slowly increases it until it safely achieves the motor-rated speed. 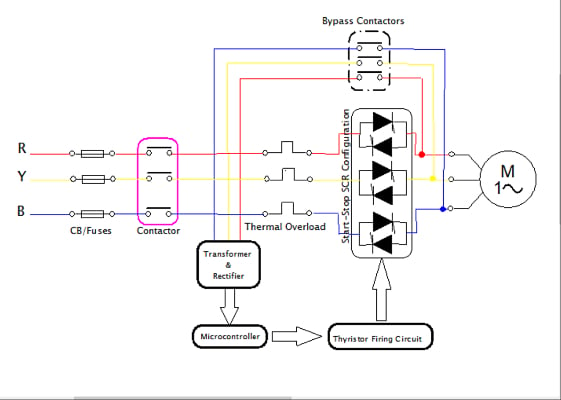 For the three-phase motor of induction type, two thyristors are connected in every phase in an anti-parallel mode. Therefore, the total number of thyristors used is six. The thyristors are controlled by a separately connected logic circuit, either a microcontroller or a PID controller. The logic circuit gets its power from the rectifier circuit powered by the main.  Observe Figure 1 for more understanding. The soft starter parts include power switches, protection gadgets such as the fuse, an overload relay for overcurrent protection, and a magnetic contactor used for isolation. In the same circuit is the bypass switch, which is vital for full voltage resumption across the induction motor once it gets to a fully rated speed.

In a soft starter, a thyristor is the main component necessary for voltage control. This is a controlled rectifier. It starts current flow conduction in one direction when there is an applied gate pulse known as a firing pulse. 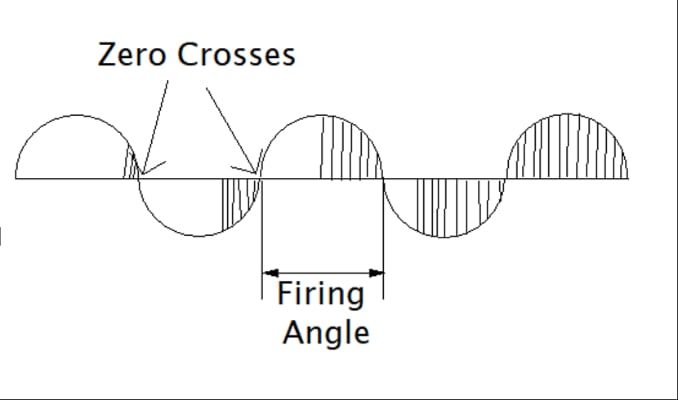 It is also referred to as a standard connection. The motor control for protection and isolation and the soft starter are perfectly connected in series. Three leads connect the motor to the soft starter. See Figure 3 below for an illustration. 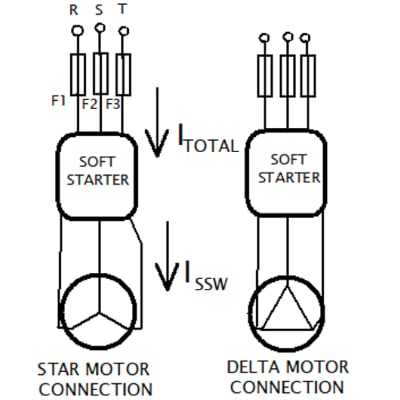 This is similar to what we did in the star-delta starters. The phase terminals of the soft starter are connected such that they are in series with each winding of the motor. The soft starter ends up carrying a phase current that is about 58% of the motor rated current. This method is only suitable for three-phase soft starters 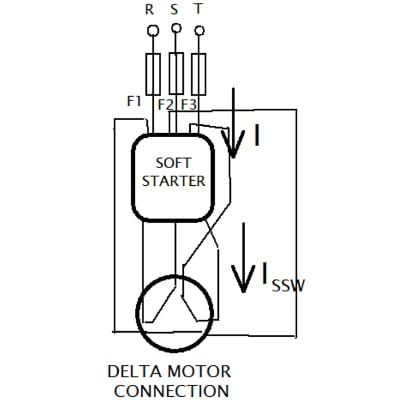 Currently, there are only five types of soft starters available.

This type has a resistor introduced in each current phase to resist current flow. On starting the motor, the resistor resists the current flow, causing a voltage drop. The primary resistor starters are good for smooth starts and have the advantage of offering two-point acceleration.

Auto transformers are one of the most effective ways of starting a motor using soft starting. The resistor in the primary resistor type is replaced with a transformer, and the starter has to utilize the transformer’s tapping to release power to the motor. They can supply higher current to the motor than other soft starter types.

In this method, the motor winding is divided into two or more sets. The identical set’s purpose is to achieve parallel operations. Power is applied to one set of motor windings. Immediately, the motor achieves the maximum speed, the other winding sets are powered to gain normal running. Here, reduced starting torques and currents are milestone achievements.

This demands that the motor have connections to its three windings of the coil.

As the newest method, mechanical components are replaced with electrical components. The SCR is the key component here, used to control the motor voltage when it is accelerating