The article introduces how to troubleshoot a VFD to eradicate the faults that might be hindering it from performing up to expected industrial and application standards.

Understanding how variable frequency drives (VFDs) work and how they interact with the application process is important in improving the product quality and production process.

VFDs face unique challenges and often require repair or replacement. Most VFDs have an LED or LCD screen used for communication to indicate errors, with some using an open interlock. The problem with a poorly functioning VFD or a completely non-functional VFD can be external or internal. This article will demonstrate how to troubleshoot a VFD both externally and internally to eliminate faults and failures.

How to Troubleshoot a VFD Externally

While troubleshooting a VFD, start with basic preventive measures from a maintenance checklist. Below are the necessary steps to follow for a well-organized preventative maintenance schedule: 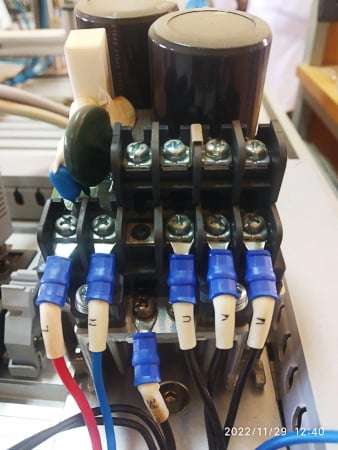 How to Troubleshoot a VFD Internally

This is a more vigorous and complex process requiring expertise to carry it out.  Following are step-by-step instructions on troubleshooting the VFD to eradicate internal failures.

The resistance in these terminals should be equal and in dozens. Interchange the multimeter terminal cable connections where black now goes to terminal P and red goes to R, S, and T in that order. Now the resistance is supposed to be nearly infinite. Connect the red multimeter cable to the DC power supply N terminal and repeat the above. The results should be the same.

If the results are as below, then the VFD circuit functioning is abnormal:

Connect the red cable of the multimeter to terminal P and then the black cable to terminals U, V, and W, where the results should be a dozen of output resistance, and all U, V, and W should have the same resistance value.

If interchanged, then the value of the resistance should return an infinite value. Now connect the red cable to terminal N and redo the steps above. The results should be the same. If they are not, there https://eepower.com/power-electronics-textbook/vol-i-electrical-power-systems-design/chapter-1-introduction-power/basic-dc-circuit-theory/will be a fault in the inverter circuit module.

Dynamic testing can be done once the static tests return a normal result. Before doing the dynamic testing, perform the following:

This originates from internal VFD short circuits and power grid voltages. After checking that the VFD has no short circuits, replace the rectifier bridge. Always make sure to check for the stability of the power grid supply, especially when the drives work in the same environment as devices that corrupt the grid, such as welding machines.

This is caused by either driver or motor failure. After repairing the system drive circuit and ascertaining that the drive waveform is up to the defined standard, carry out module replacement. After replacing the drive module and the board, check the load and motor connection cables to ensure there is no failure before starting the VFD.

Driver Powered on But Zero Display

This is caused by a faulty power supply switch, a damaged resistor circuit, a destroyed soft VFD charging circuit, or a damaged panel.

Driver on but has an Undervoltage or Overvoltage Display

This originates from the loss of the input voltage phase due to damp and aging circuitry. To test the troubleshooting, inspect the board’s circuit components to remove the destroyed one.

Displays Earth Short Circuit or Current When Powered on

This is caused by a faulty drive circuit or counter module.