Harmony on the Electric Power Grid

Harmony on the Electric Power Grid

Adding renewable energy to the grid must be done in a way that reduces rogue oscillations.

One unexpected requirement of adding renewable energy sources like wind and solar to existing electrical power grids is the need to ensure that the interactions between various devices do not produce rogue and harmonic oscillations that have the potential to damage the grid and result in power failures. 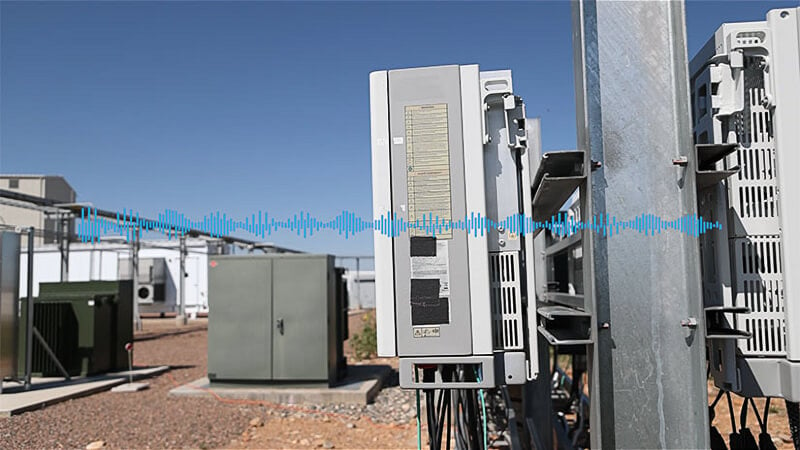 It is easy to think of electrical current as a uniform flow of electrons, but electricity comprises a series of waves that interact in various ways, creating resonances and harmonics. It is similar to the music played by a symphony orchestra. When all of the instruments are in tune, the result is harmony. If several instruments are out of tune, the result can be a cacophony. Music covers at most ten octaves, while the frequencies used in electrical power systems can cover 20 octaves, resulting in frequent overlapping of electrical signals.

Traditional spinning generators that create alternating current (AC) current powered by steam from fossil fuels like coal or natural gas, or by nuclear fission, have their own characteristic frequencies.

The inverters used to convert the direct current (DC) energy from photovoltaic (PV) solar panels and wind turbines into alternating current, however, appear to create frequency responses that have a greater tendency to overlap and interact in potentially harmful ways.

Tools to Tune the Orchestra

To analyze these frequency interactions and “tune” devices to prevent harmful oscillations, engineers at the National Renewable Energy Laboratory (NREL) have created a way to place a new device into a grid environment and to predict how the grid will react. NREL has produced a commercially available software called the Grid Impedance Scan Tool (GIST) that can allow grid operators or device manufacturers to certify the grid's stability when the new renewable energy source is placed into service.

As more renewable energy sources are incorporated into power grids, operators require preliminary stability assessments—it is not always possible, however, for grids and devices to undergo real-life field testing. One solution might be high-fidelity modeling, but the necessary accurate models for the grid and devices are generally unavailable. NREL researchers, therefore, created a workaround using software that can run on a desktop computer and simple and available black-box models for renewable wind and solar energy devices. Detailed modeling of renewable devices is not required as any model that can capture the device behavior at its terminals is sufficient.

The interaction of the grid and various devices must be assessed at the junctions where they meet. GIST software tool accomplishes this by acting as an interface between the grid and device models and injecting frequencies to determine how the system will respond—a process called an impedance scan.

The scan can take up to several hours for large-scale systems. Typically, a user will scan various points over the entire network to provide a view of the dynamic stability of the system. NREL has the GIST software available for licensing, and it is applied in several research partnerships to evaluate new technologies and system architectures.

GIST Software and Singing On Key

Because the electric grid is, like music, made up of vibrations at various frequencies, to demonstrate the flexibility of the GIST software, NREL researchers will occasionally program power inverters to play music. The buzzy, distorted melody of the Star Wars Theme, a Chopin Waltz, or a Mozart composition has been known to emanate from a rack of otherwise staid power inverters—it’s the engineer’s way of having some fun and demonstrating the flexibility of their GIST software.