Learn about grid-connected and off-grid PV system configurations and the basic components involved in each kind.

Solar photovoltaic (PV) power generation is the process of converting energy from the sun into electricity using solar panels. Solar panels, also called PV panels, are combined into arrays in a PV system. PV systems can also be installed in grid-connected or off-grid (stand-alone) configurations. The basic components of these two configurations of PV systems include solar panels, combiner boxes, inverters, optimizers, and disconnects. Grid-connected PV systems also may include meters, batteries, charge controllers, and battery disconnects. There are several advantages and disadvantages to solar PV power generation (see Table 1).

Table 1. There are advantages and disadvantages to solar PV power generation. 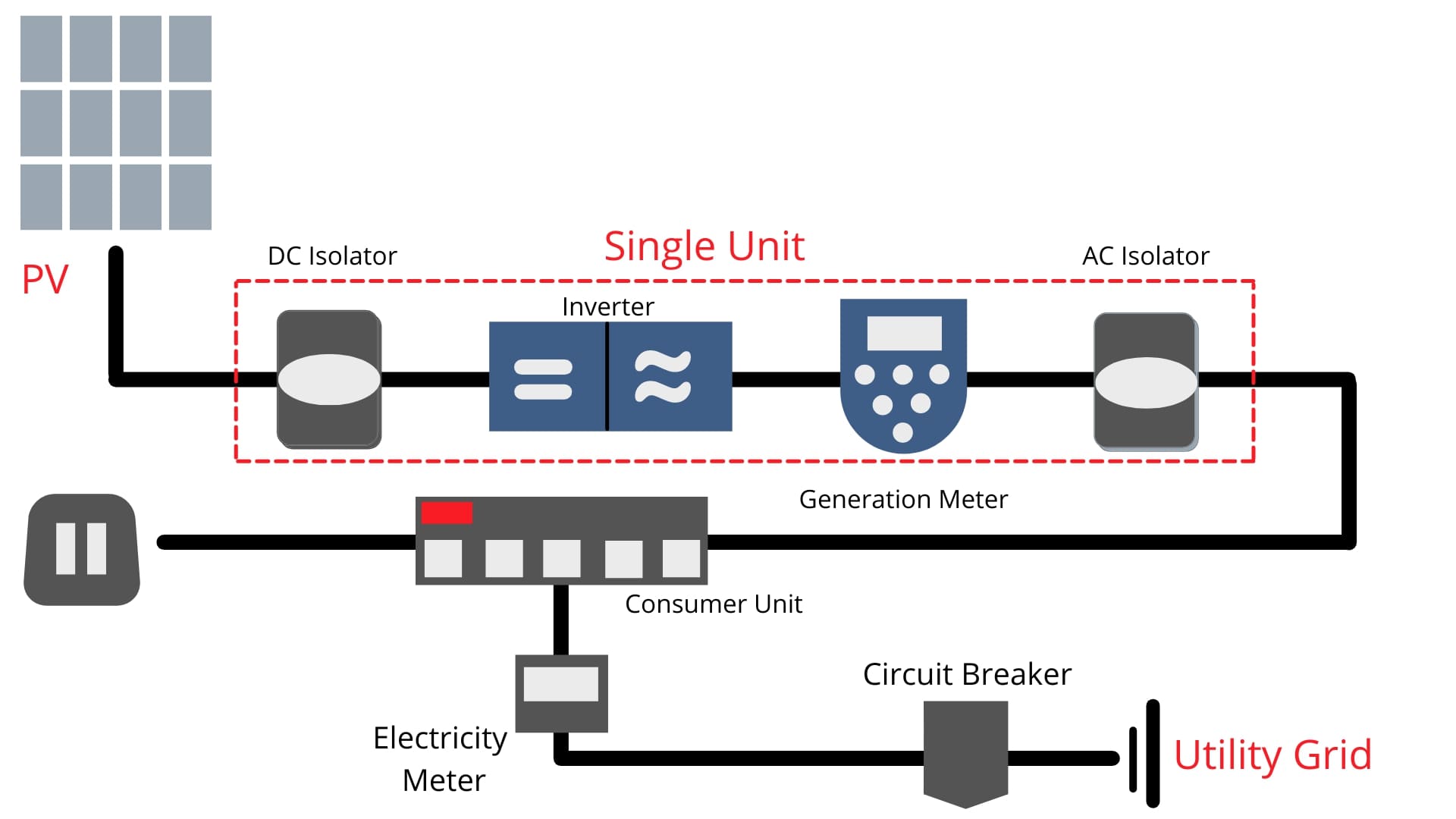 Figure 2. A common configuration for a PV system is a grid-connected PV system without battery backup.

Off-grid (stand-alone) PV systems use arrays of solar panels to charge banks of rechargeable batteries during the day for use at night when energy from the sun is not available. The reasons for using an off-grid PV system include reduced energy costs and power outages, production of clean energy, and energy independence. Off-grid PV systems include battery banks, inverters, charge controllers, battery disconnects, and optional generators.

Since photovoltaics are adversely affected by shade, any shadow can significantly reduce the power output of a solar panel. The performance of a solar panel will vary, but in most cases, guaranteed power output life expectancy is between 10 years and 25 years. Solar panel power output is measured in watts. Power output ratings range from 200 W to 350 W under ideal sunlight and temperature conditions.

When solar arrays are installed on a property, they must be mounted at an angle to best receive sunlight. Typical solar array mounts include roof, freestanding, and directional tracking mounts (see Figure 4). Roof-mounted solar arrays can blend in with the architecture of a dwelling and will save yard space.

Figure 4. Typical solar array mounts include roof, freestanding, and directional tracking mounts on the roof or on the ground. Image courtesy of Greensarawak

An inverter is a device that receives DC power and converts it to AC power. PV inverters serve three basic functions: they convert DC power from the PV panels to AC power, they ensure that the AC frequency produced remains at 60 cycles per second, and they minimize voltage fluctuations. The most common PV inverters are micro-inverters, string inverters, and power optimizers (See Figure 5). 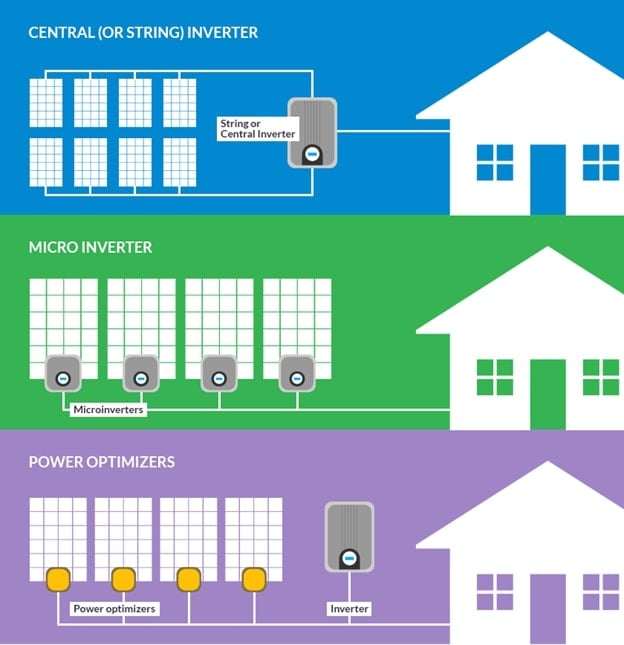 A string inverter is a device that converts DC power to AC power from several solar panels that are connected in series. However, in a series configuration, if one of the solar panels stops producing electricity, even due to temporary shading, it can decrease the performance of the whole system. String inverters are in the high-voltage range (600 V to 1000 V) and are used with large PV systems with no shading concerns. Usually, only one string inverter is needed for a residential application.

Automatic and manual safety disconnects protect the wiring and components of PV systems from power surges and other equipment malfunctions. Disconnects ensure that the PV system can be safely shut down and system components can be removed for maintenance or repair. With grid-connected PV systems, safety disconnects ensure that the generating equipment is isolated from the grid for the safety of utility personnel. A disconnect is needed for each source of power or energy storage device in the PV system. An AC disconnect is typically installed inside the home before the main electrical panel. Utilities commonly require an exterior AC disconnect that is lockable and mounted next to the utility meter so that it is accessible to utility personnel.