Researchers at Sandia Laboratories have developed a superior way to transmit power to motors and generators using a conductive belt.

Electric motors—converting electrical energy into rotating mechanical energy—have been around for nearly 200 years. In the simplest designs, electromagnets formed by windings in the spinning rotor interact with stationary permanent magnets to produce torque that spins the motor shaft, allowing work to be done. Electric motors can also act as generators as spinning the rotor from outside power sources creates electrical energy. 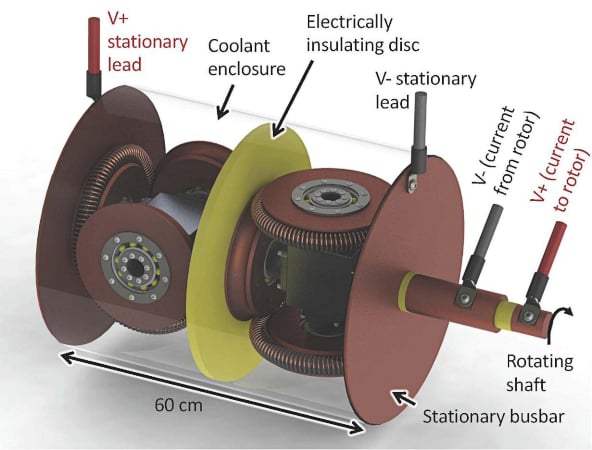 The sliding electrical connection used to power the spinning rotor has long been one of the challenges of building high-power, long-lasting motors and generators and has been the focus of recent innovation by Sandia National Laboratories. EEPower announced the technology produced by Sandia researchers in a story in August, but here are a few more details on how it works.

Traditionally, the sliding contacts use brushes, often made from carbon graphite, to slide along copper strips on the part of the rotor called the commutator. The commutator switches the poles of the rotor’s electromagnets back and forth so that motion is created when they interact with the stationary permanent magnets. Sliding on the copper strips creates wear on the brushes, limiting their lifetime. In addition, as the power level of the motor increases, the brushes can produce arcing that, in the worst cases, can damage the graphite brush or the copper strips of the commutator.

Sandia’s research came about as researchers wanted to find a way to reduce or eliminate rare earth magnets in utility-scale wind turbines. Extremely powerful permanent magnets can be made using expensive rare earth elements such as neodymium or samarium. Although rare earth elements are not particularly rare, they are difficult to process into magnetic materials, and China currently holds a monopoly on their production. Finding a way to do away with the rare earth materials could reduce wind turbine costs and the political liability of purchasing the magnetic materials from a potential adversary. 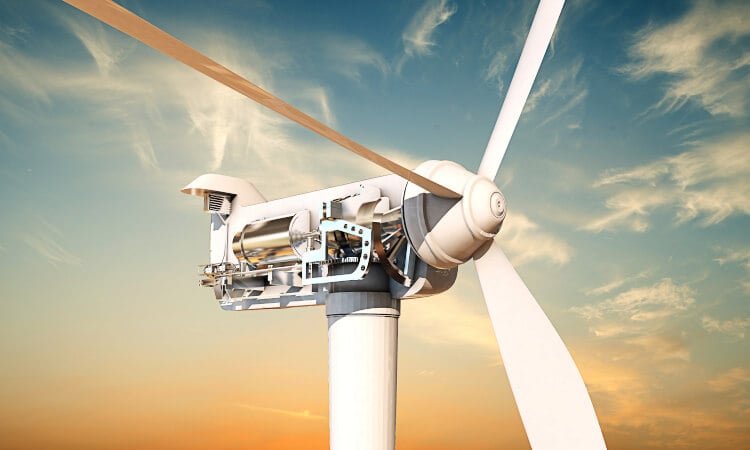 The Sandia technology is called Twistact and can be used to conduct electrical currents between two rotating assemblies or between rotating and stationary structures. Twistact can accommodate different speeds or rotational directions—features that make it ideal for use in a wind turbine.

The technology uses a conductive belt that rolls between a rotating and planetary sheave. The belt can conduct electricity from one sheave to the other without the wear and degradation experienced by traditional carbon brushes or slip rings. Two Twistact contacts can insulate the positive and negative sliding terminals from one another.

Because of the improved connection ability of the Twistact technology, wind turbine generators can be built with powerful electromagnets to replace rare earth permanent magnets. Sandia researchers have tested Twistact and found that it can stand up to a full 30-year service in a multi-megawatt wind turbine without requiring maintenance or replacement.  Likewise, the technology can be used to replace brushes in synchronous motors used for a variety of industrial applications. 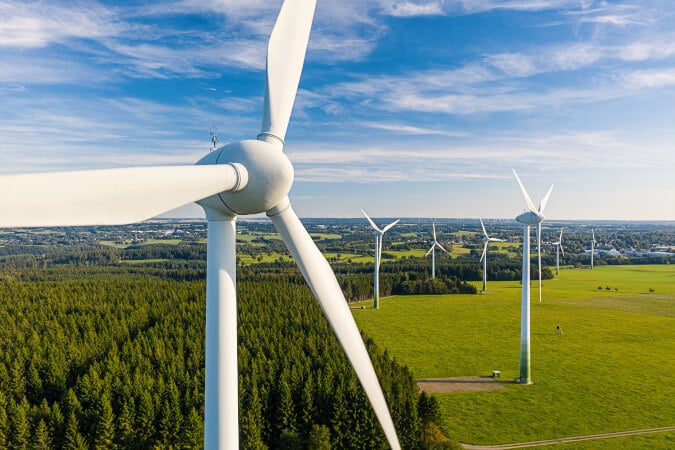 Having developed Twistact technology, Sandia is now looking for ways to use it. In addition to exploring partnerships in the renewable energy sector with wind turbines, the national laboratory would like to partner with makers of other devices that would benefit from the reliability and long life of the technology.