This article introduces power factor correction, why it is needed, and how to design it for the system.

Increasing photovoltaic penetration tied to the grid has caused many problems for utility providers. One of the main problems is that most of the power electronics used consume reactive power, which causes low power factor and system instability–a problem that has put power factor correction methods under development again. This article discusses the two most used reactive power compensation methods.

The relation between the power types.

Power factor determines the system's power efficiency and is the ratio between true power and apparent power. The lower the power factor, the less efficient a power system is. The power factor lags with inductive load and leads with capacitive load. Resistive loads have a unity power factor. 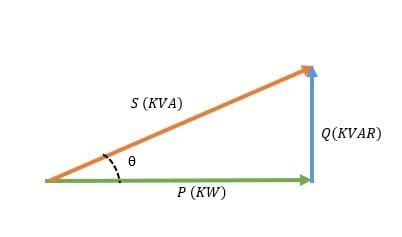 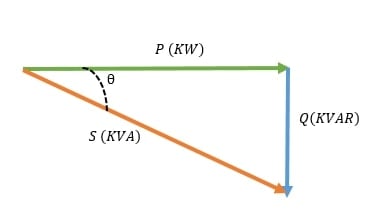 Machines, conductors, and electrical accessories running at low power factor will have overheating problems due to that lower lifetime. With all this in mind, utilities and consumers seek a way to ensure power factor is close to unity.

The principle of Power Factor Correction 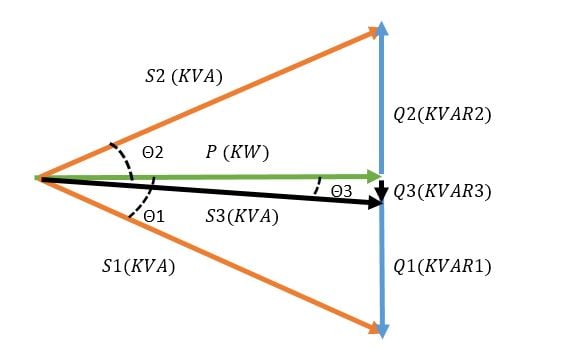 The equation relating to the image above is

There are several methods used for power factor correction. The 2 most used are capacitor banks and synchronous condensers.

In the equation below, C is the capacitance in microfarads, V is the voltage in volts, and f is the frequency in hertz

Comparing two 60 kW systems running at 0.6 pf for 10 hours a day. The first system has no power factor improvement system, and the second has a capacitor bank connected in parallel with the appliances correcting the power factor to unity.

Note: Interest rates, maintenance and operation costs, and other factors were ignored. The calculations above are used to simplify and show how power factor correction could change energy bills.

Applying a large excitation current to the motor creates an over-excited state of the motor, therefore, producing cosθ1, a leading power factor. At this stage, the synchronous motor is generating reactive power and supplying it to the system 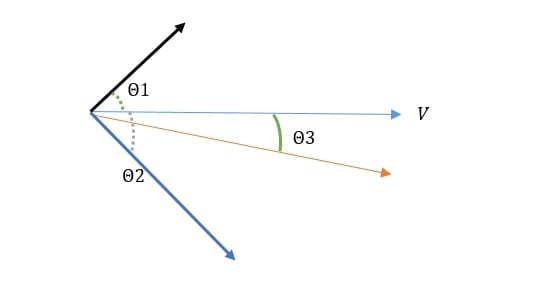