The 750-volt series (AOM015V75X2Q, AOM060V75X2Q) is AEC-Q101-qualified to meet the high-reliability requirements of electric vehicle (EV) applications such as onboard chargers and the main traction inverter. Both series feature low RDS(ON), or drain-source on resistance, options down to 15 megaohms (mΩ) that optimize efficiency and reduce thermal losses, along with 60-mΩ variants for more cost-sensitive applications.

The new series expands on the existing second-generation 1,200–volt αSiC MOSFET, is in a standard TO-247-4L package and has a 15-volt gate drive voltage (VGs) that is compatible with a broad range of gate driver solutions. Three and four lead package configurations are standard for SiC FETs (field-effect transistors) depending on the application’s needs. A 4L package can help reduce switching losses by separating the driver and power source pins, minimizing the effects of the parasitic inductance component.

Full datasheets for the new 650- and 750-volt FETs are not yet published, but specifications for prior SiC FETs indicate these devices will support fast switching with typical turn on rise times (tr) of ~ 25ns.

According to the press release, a key differentiator for the new 750-volt FET is a short-circuit withstand time (SCWT) that is 40 percent greater than similarly sized competitive parts. This increases the reliability of applications without adding the cost of a larger die size. It will be interesting to see how this performance is documented when the full specifications are released.

Similar to other battery-powered motor controllers, the EV traction inverter converts DC power from the battery pack to AC current to drive the vehicle’s electric motor. SiC MOSFETs, or insulated-gate bipolar transistors (IGBTs) in some cases, are key components to the inverter and are used to form the bridge network that generates AC drive power from the battery.

The sequencing of the switching FETs is precisely controlled by a microcontroller and algorithm with switching signals sent to gate drivers that convert the digital commands to gate drive voltages for turning the power FETs on and off. The control circuitry needs to be galvanically isolated from the high-voltage power circuits through optocouplers, transformers, or similar data isolation components. Variants of this circuit can also be found in industrial and solar power inverter applications. 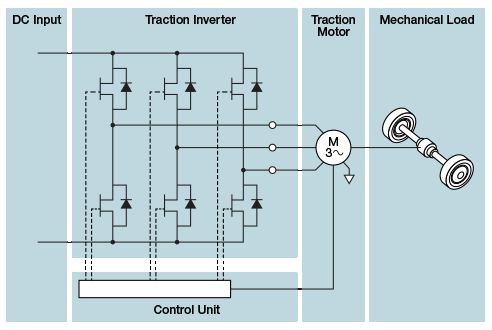 When the SiC switching FETs are not conducting current to the motor, they need to withstand the high voltages of the battery, typically 400 volts or more. This is why a high breakdown voltage is so critical in these components.

For AOS FETs, the minimum drain-source breakdown voltage is specified at 250 µA of drain current with VGS = 0V and TJ = 25C. The typical Junction to Ambient thermal gradient (RθJA) is ~ 40C/W with the FETs capable of handling full rated power up to a case temperature of 25 degrees Celsius. The broader portfolio of AOS SiC Power FETs accommodates continuous drain currents up to 68 amperes. 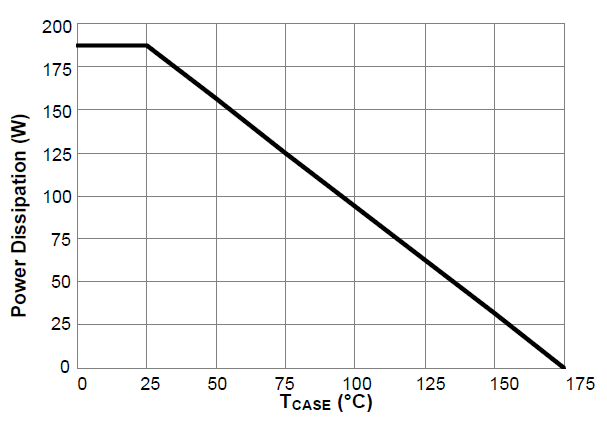 Silicon carbide (SiC) FETs have changed this dynamic in the past five to 10 years as silicon carbide, when compared with traditional silicon, is able to withstand higher voltages without sacrificing low resistances. As a further benefit, SiC FETs can have faster response times compared with IGBTs, reducing switching losses.

As a newer technology, SiC solutions have been more expensive than alternatives like IGBT, but as the technology matures, costs likely will decline, making it an attractive option for a wider range of applications. For now, it seems high-performance applications such as EVs are a great application for SiC FETs as designers need to squeeze every bit of efficiency performance to extend vehicle ranges without expanding expensive lithium-ion battery capacity.