This article introduces Fuji's 7th generation IGBT modules and their improvements in current and power density and power cycling and thermal resistance.

Energy savings and CO2-emission reductions are today´s trends to decelerate and counter global warming for our future. These trends are leading to more widely usage of power semiconductor in power conversion systems and rapidly growing demands. Since miniaturizations, respectively increasing power densities are always related to rising temperatures and degradation of the reliability it is necessary to improve not only the characteristics of the chips, but also the packaging.

Better heat dissipation and higher reliability need to be realized by applying new innovative technologies. In order to achieve further downsizing, the X-Series IGBT modules have been developed considering simultaneously improvements of the chips as well as the packaging. The X-Series IGBT module brings not only high compactness and high power density, but also the possibilities to work with 175°C operating condition. This capability enables higher output currents compared to the previous generations of IGBT modules which are only able to cope with 150°C operating temperature.

For the 7th generation IGBT modules, IGBT and diode characteristics have been improved and at the same time die size reduced but even though higher efficiency was achieved. These module technology improvements are leading to a new generation of highly compact and efficient power conversion systems. 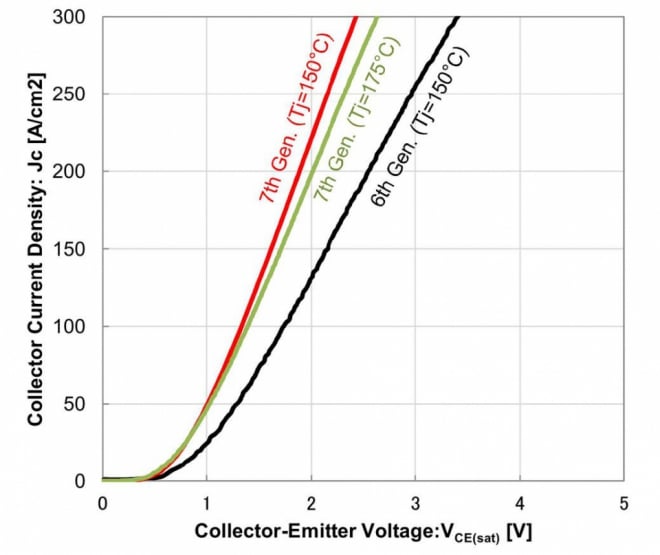 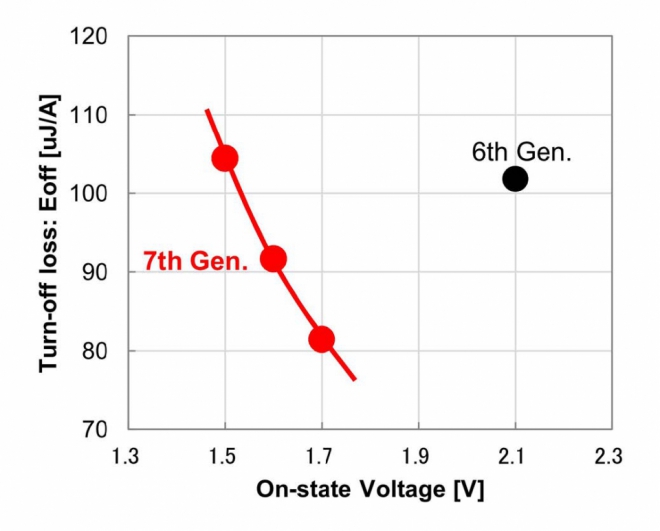 In recent years requirements for IGBTs are not only loss characteristics but also low EMI (Electro-Magnetic Interference) noise. By the improving the trade-off between the dv/dt and the switching losses, both low EMI noise and high efficiency of power conversion systems can be achieved. The trade-off was improved compared to the 6th generation due to the reduction of the dv/dt by softening the reverse recovery current.

Size reductions of the IGBT and diode chips are required in order to achieve a higher current density of the IGBT modules. Actual result of the chip shrinking is an elevated power density within the modules which leads to increasing junction temperatures and related degradation of the reliability. For the 7th generation the packaging technologies were further improved developing a highly heat dissipation, reliability and heat resistant package. This package realized not only the suppression of rising junction temperatures, but also enables 175°C operating temperature at the same high reliability level. 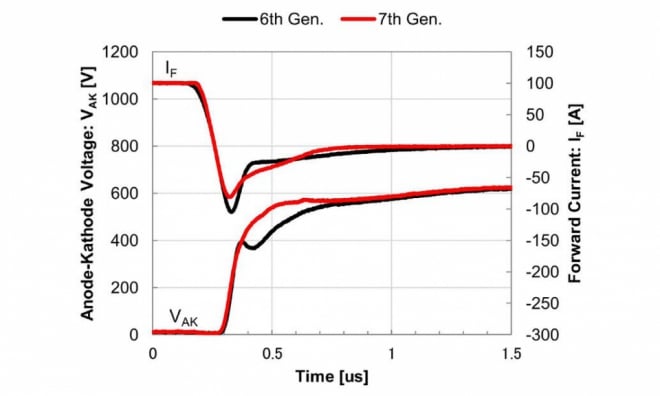 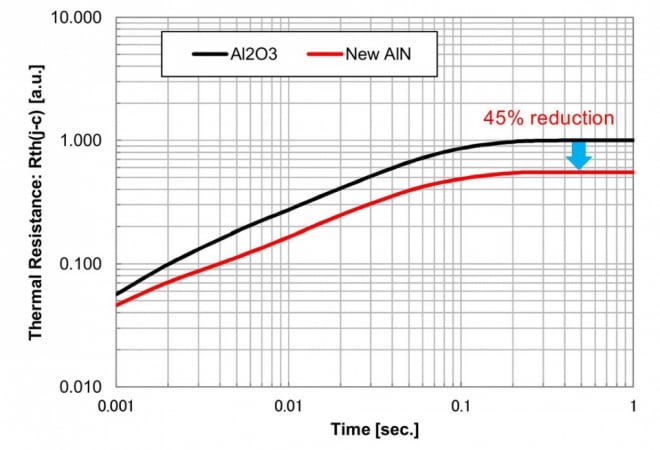 Figure 5: Comparison of the thermal resistance & main characteristics at the same die size 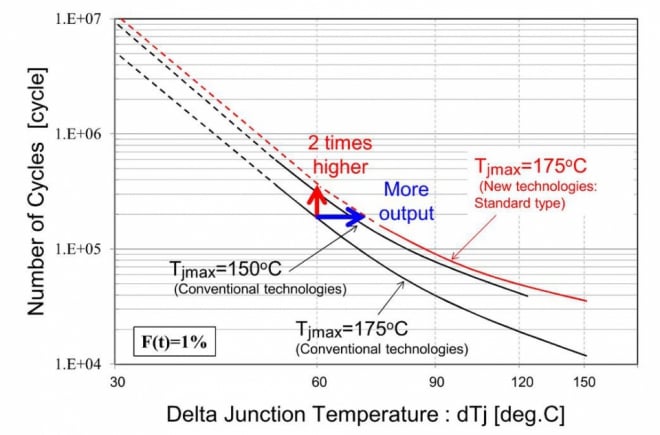 Figure 6- 2: Cross-section of solder (under chips) after dTj power cycling test (at the same cycles)

By further improvement of the losses of the 7th generation IGBT and diode and by additional improvement of the heat dissipation performance, an enhanced power density could be achieved. For example, modules rated at 1200V in an EP2 package could reach a maximum rated current of 50A by using 6th generation technologies. By applying the 7th generation chips and improved package technologies, a maximum rated current of 75A can be achieved. Comparing to the 6th generation (EP3 package), the X-Series EP2 could reduce the inverter power losses by 10% and IGBT junction temperature by 11°C (fc=8kHz). As the result, the rated current of the 1200V EP2 series was expanded to up to 75A from conventional 50A and the footprint size could be reduced by 36% against the EP3 module. Furthermore, the X-Series IGBT module realized the continuous operation at Tj=175°C by improvement of chip performance, dTj power cycling capability and thermal performance of silicone gel.

Finally X-Series IGBT modules offer two directions which are a smaller footprint providing same output current as previous generation with higher power cycling capability or increasing the output current with the same footprint up to 35% as shown in figure 7. 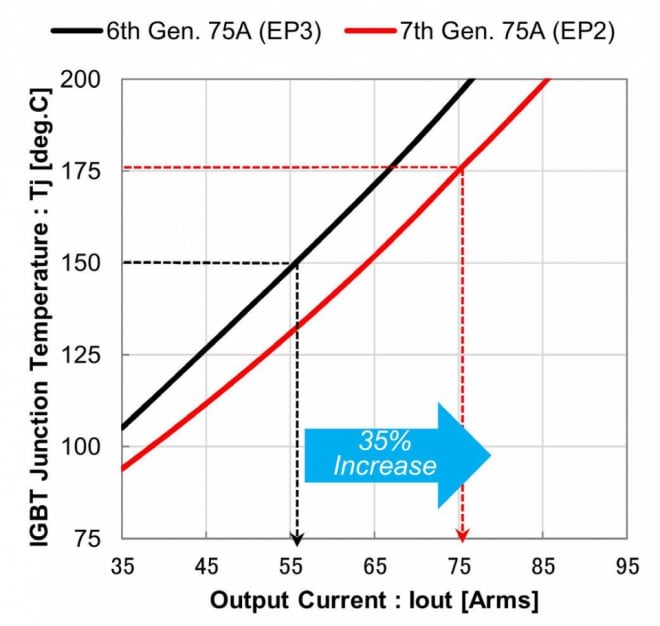 As a result of the increased current density, Fuji Electric will be able to offer new IGBT modules of the X-Series with higher nominal current capability at the same footprint size. Please see the modules overview in Table 1. 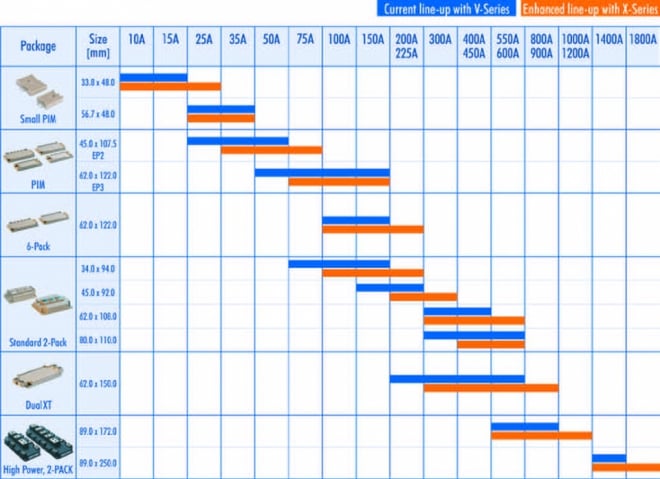 Above product range is the first step of the product development with our new 7th generation of silicon chips. Later on, further modules types are under consideration.

Thomas Heinzel works as the Manager of the Technical Department at Fuji Electric Europe GmbH, a German branch of a Japanese electrical equipment corporation, manufacturing pressure transmitters, flowmeters, gas analyzers, controllers, inverters, pumps, generators, ICs, motors, and power equipment. They use their core competence in electric and thermal energy technology in order to contribute to responsible and sustainable societies.