Wolfspeed has announced an agreement to expand and extend an existing silicon carbide (SiC) wafer supply agreement with an unnamed leading power device company. The recent expansion brings the current deal to a total estimated value of $225 million.

The revised agreement calls for Wolfspeed to supply 150 mm SiC bare and epitaxial wafers and is evidence of the continued surge in demand for SiC solutions in high-power and voltage semiconductor circuits.

Phase one construction of the North Carolina facility is expected to be complete by 2024 at a little over $1 billion.

Wolfspeed has been in the silicon carbide wafer manufacturing business for over 30 years and develops n-type conductive SiC substrates up to 200 mm in diameter with a variety of n and p-type epitaxy options. The wafers are typically 350 um thick with an epitaxy thickness range of 0.2 to 200 microns. The epitaxy layers allow designers to create transistor structures during design and fabrication. 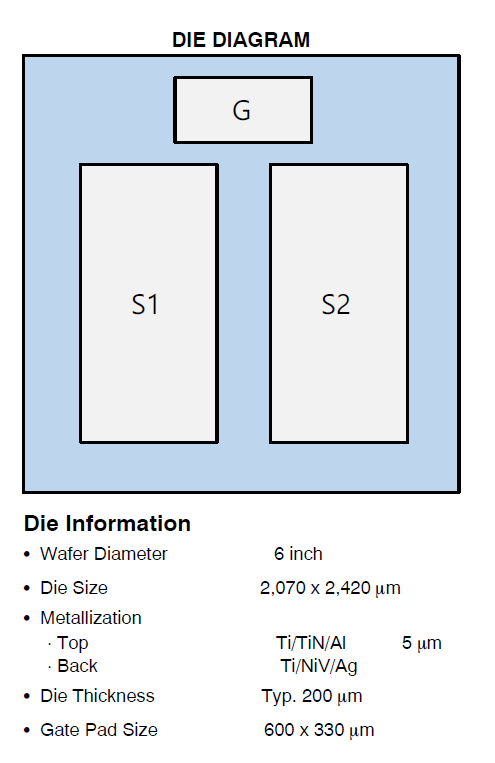 SiC FET die sizes are not always published, but typical dimensions are several millimeters per side. A 150 mm wafer can yield a few hundred to a few thousand usable die per wafer, depending on the individual die size, on resistance, and current ratings. Higher power ratings and lower on resistances will generally increase die size. The device cost structure is built from there to include assembly and test of the final finished parts.

Wolfspeed uses a proprietary crystal growth process based on a “seeded-sublimation method.” The company says development and iteration across multiple generations over the past 30 years have allowed it to significantly reduce crystalline defects and other impurities that impact performance and/or die yields. 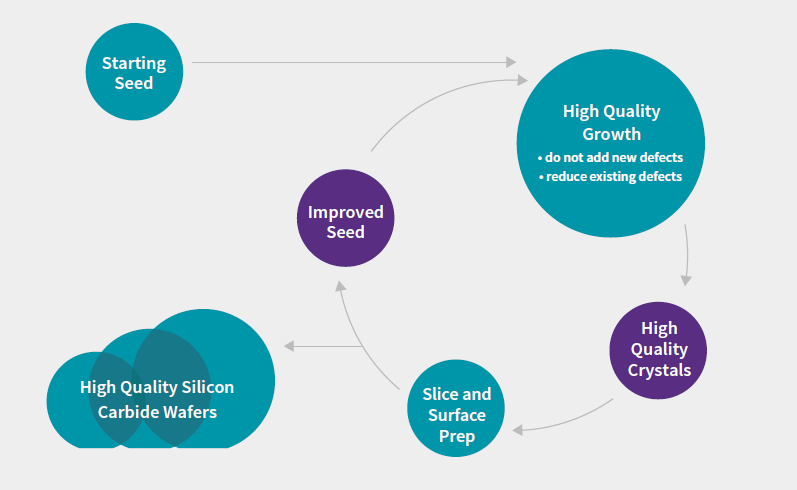 Investment bank Canaccord Genuity has estimated that silicon carbide wafer capacity will increase from 125,000 6-inch wafers in 2021 to more than 4 million wafers in 2030–just to meet demand for the EV market. Other estimates forecast SiC device sales to reach a little over $7 billion by 2026, a 50% increase over more recent estimates.

This growth is being confirmed directly by suppliers. In an interview with elektroniknet.de at Electronica 2022, onsemi CEO Hassane El-Khoury commented that “the market [SiC] is growing very quickly…it is actually growing faster than we expected.”

In addition to Wolfspeed, major silicon carbide chipmakers include Infineon, onsemi (ON Semiconductor), Rohm Semiconductor, and STMicroelectronics (STM). Still, the number of substrate material providers is more limited, with Wolfspeed and a few others having the capability to manufacture the raw silicon carbide wafer materials that form the basis for high-voltage devices.