Building Electric Vehicles in the US Won’t Be Easy

Building Electric Vehicles in the US Won’t Be Easy

The federal government is realizing that building EVs in the U.S. will be a challenge they better get started on.

There has been a sudden and apparently shocking realization in the U.S. corridors of power that if gasoline and diesel-powered new vehicles are going to be banned by 2035 and replaced by electric vehicles (EVs), someone better get started on finding ways to build them. 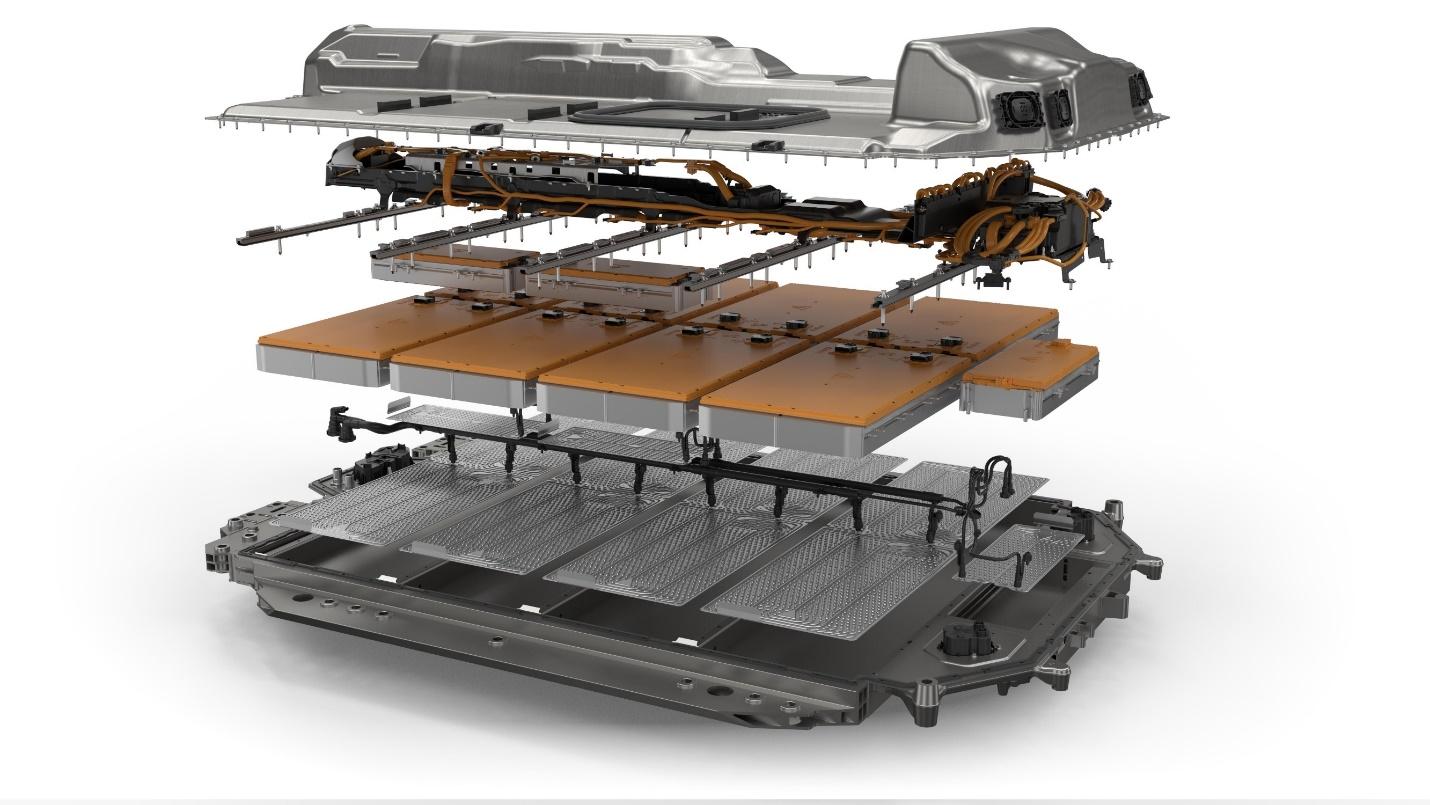 That’s the goal of the Bipartisan Infrastructure Law which seeks to dramatically expand the domestic manufacturing of lithium-ion batteries for EVs and improve the electrical power grid to provide opportunities for charging.

Here’s the thing: The Inflation Reduction Act provides tax credits for the sale of new, used, and commercial EVs, but it requires that those EVs must be either built in North America or that 40 percent of the materials used to make the batteries (including lithium) must come from the U.S. or one of the country’s free trade agreement (FTA) partners. This will increase to 80 percent by 2026.

China (which is not an FTA partner with the U.S.) supplies 59 percent of the lithium that is used for worldwide battery production. The U.S. and Canada produce just 3 percent now—a number that is expected to grow to 7 percent by 2030. In addition to lithium, graphite for anodes, battery-grade nickel for cathodes, the salt used in battery electrolytes, and other critical battery materials are produced overseas, with China controlling most of the supply chains.

Among the specific goals are to develop domestic sources of lithium to support the annual production of 2 million EVs, enough graphite for 1.2 million EVs annually, and enough battery-grade nickel for 400,000 EVs each year. 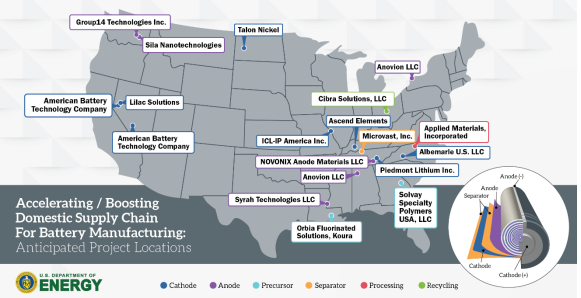 The 20 grant recipients are:

The requirement that EVs sold in the U.S. must have significant U.S. or FTA content has already started affecting how automakers build their vehicles.

BMW, for example, has announced that it will invest $1.7 billion in the U.S. to increase its EV output. Of that, $1 billion will be used to prepare its existing manufacturing facility in South Carolina for EV production, and $700 million will be slated to partner with battery maker Envision AESC to build a lithium-ion battery cell factory in South Carolina. By expanding its U.S. supply chain, the company’s customers can take advantage of the tax incentives for new EVs provided by the Inflation Reduction Act. 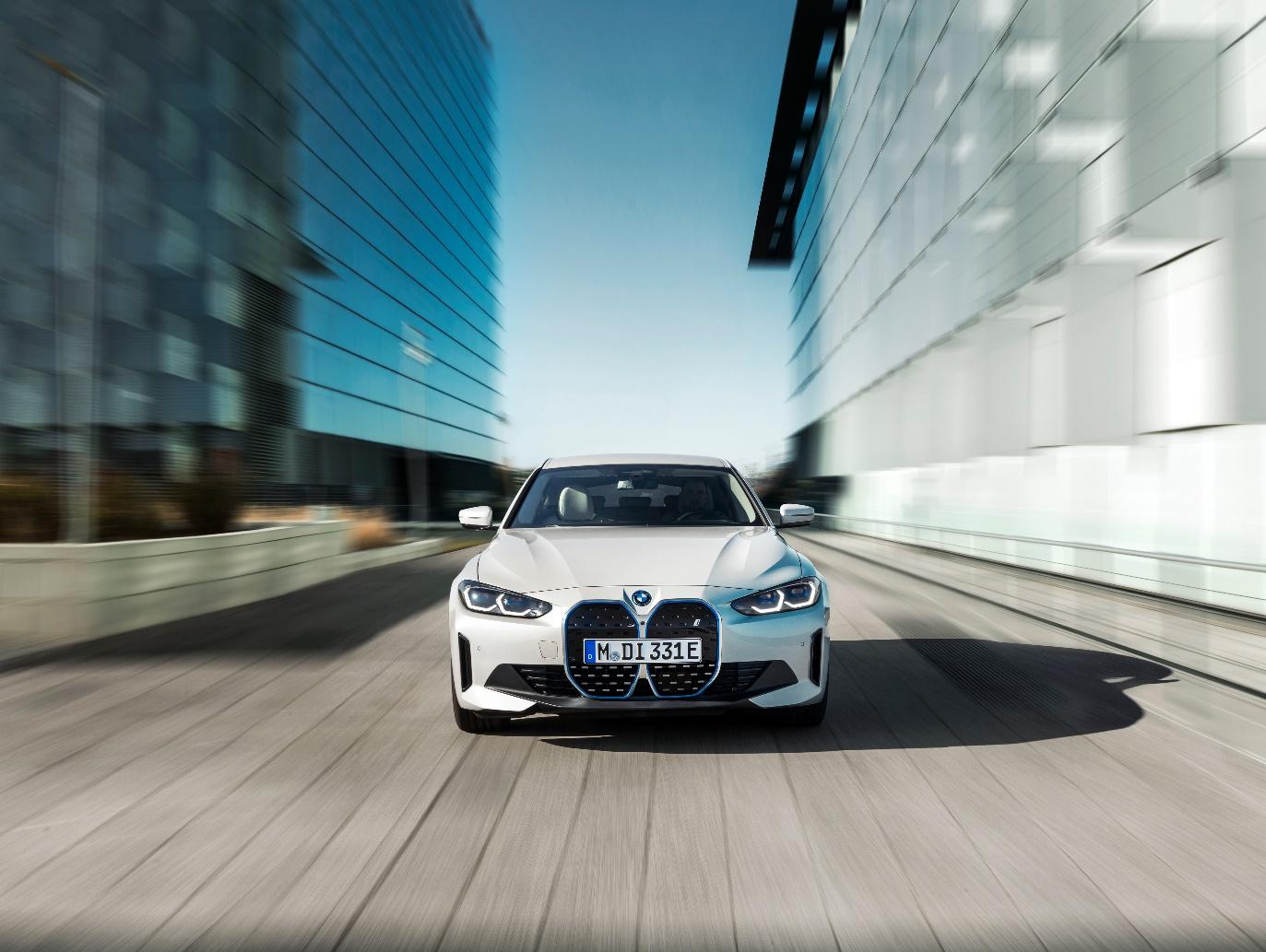 The BMW i4. Image used courtesy of BMW

It's not just automakers who have expanded their U.S. positions. Battery manufacturing giant Panasonic, a supplier to Tesla, is part of a multi-year agreement between Nouveau Mond Graphite (NMG) and Panasonic Energy to obtain anode material from NMG’s operation in Québec. The deal with NMG is part of Panasonic’s goal to build a domestic U.S. supply chain to meet the IRA requirements for North American sourcing.

The Panasonic announcement follows closely on the heels of the announcement of a Memorandum Of Understanding (MOU) between Canadian lithium producer Snow Lake and South Korean battery giant LG Energy Solution (LGES). The companies plan to supply LGES with lithium hydroxide for electric vehicle (EV) production in North America for ten years, starting in 2025, and thereby meet the requirements for the IRA, especially for U.S. production by auto manufacturers like General Motors, Stellantis, and Hyundai.

Finding the path forward for U.S. EV production won’t be easy, but putting money into the right companies now just might ensure that the ambitious goals little more than a decade away could be met.