EV Charging While We Drive? Research Paves the Way for Unlimited Range

EV Charging While We Drive? Research Paves the Way for Unlimited Range

Researchers at Cornell University, through dynamic capacitive charging, aim to reduce the size of EV batteries by 90%. Embedding charging plates in major roadways would enable unlimited range and provide advantages to the EV infrastructure and power grid.

EEPower recently spoke with Dr. Khurram Afridi, associate professor of electrical and computer engineering at Cornell University, about the technology behind his new grant from the U.S. Department of Energy (DOE). The grant is one of 68, disseminated through the DOE's Advanced Research Projects Agengy-Energy (ARPA-E), that will target high-impact, high-risk technologies and new approaches to clean energy challenges.

Afridi and his colleagues' program, “Field-Focused Load-Leveled Dynamic Wireless Charging System for Electric Vehicles,” is undoubtedly ambitious. When asked about the research that preceded this latest funding, Afridi quipped, “People thought that this was crazy enough to be funded.”

Electric vehicles (EVs) today are designed around a model that assumes limited charger access. For example, the Tesla Model S supports an EPA estimated range of 405 m (650 km). Achieving that range requires an 85 kWh battery pack with 7,104 lithium-ion battery cells, which together weigh a whopping 1,200 lb (544 kg). That's nearly a fourth of the model's total weight.

But studies have shown that 95% of all household trips are 30 miles or less. This means that, for the vast majority of trips, 90% of the battery capacity is just excess weight. Still, the other 5% of those trips are important and contribute to what has been termed “range anxiety,” the worry EV users experience about getting stranded without a charger nearby. 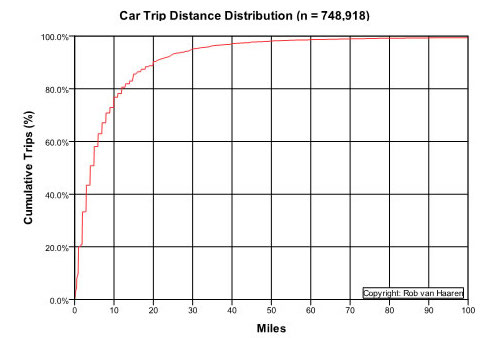 Afridi and his colleagues are approaching range from a completely different angle. Their goal is to charge EVs dynamically, meaning while they are in motion on the interstates and rural highways that are used for those long trips. Via embedded charging pads in the roadway at regular intervals, vehicles would periodically collect energy through pairs of onboard capacitor plates.

“Back in 2014, when I started this research, the world record for capacitive wireless charging was for cell phones: 5 W with 1 mm of clearance, which was essentially the casing of the cell phone itself.”

In their first publication in 2015, Afridi and his team demonstrated a system that could transfer 130 W across a 5 mm gap. That marked a 26x improvement in power at 5x the distance, but was still meaningless for the applications the team is now targeting, Afridi said.

At the time, though, they also postulated new techniques that could provide power levels suitable for EV applications. Based upon those ideas, they were then given one year of funding to attempt roadway clearances defined as 12 cm with a goal of 1 kW.

“I have never had to hit my head against the wall harder than in that one project," Afridi said. "For the first six months, we weren't getting even 1 watt across 12 cm."

He and his team weren't sure where their energy was disappearing, so to debug the system they hung capacitor plates from threads in the middle of their lab, away from everything. 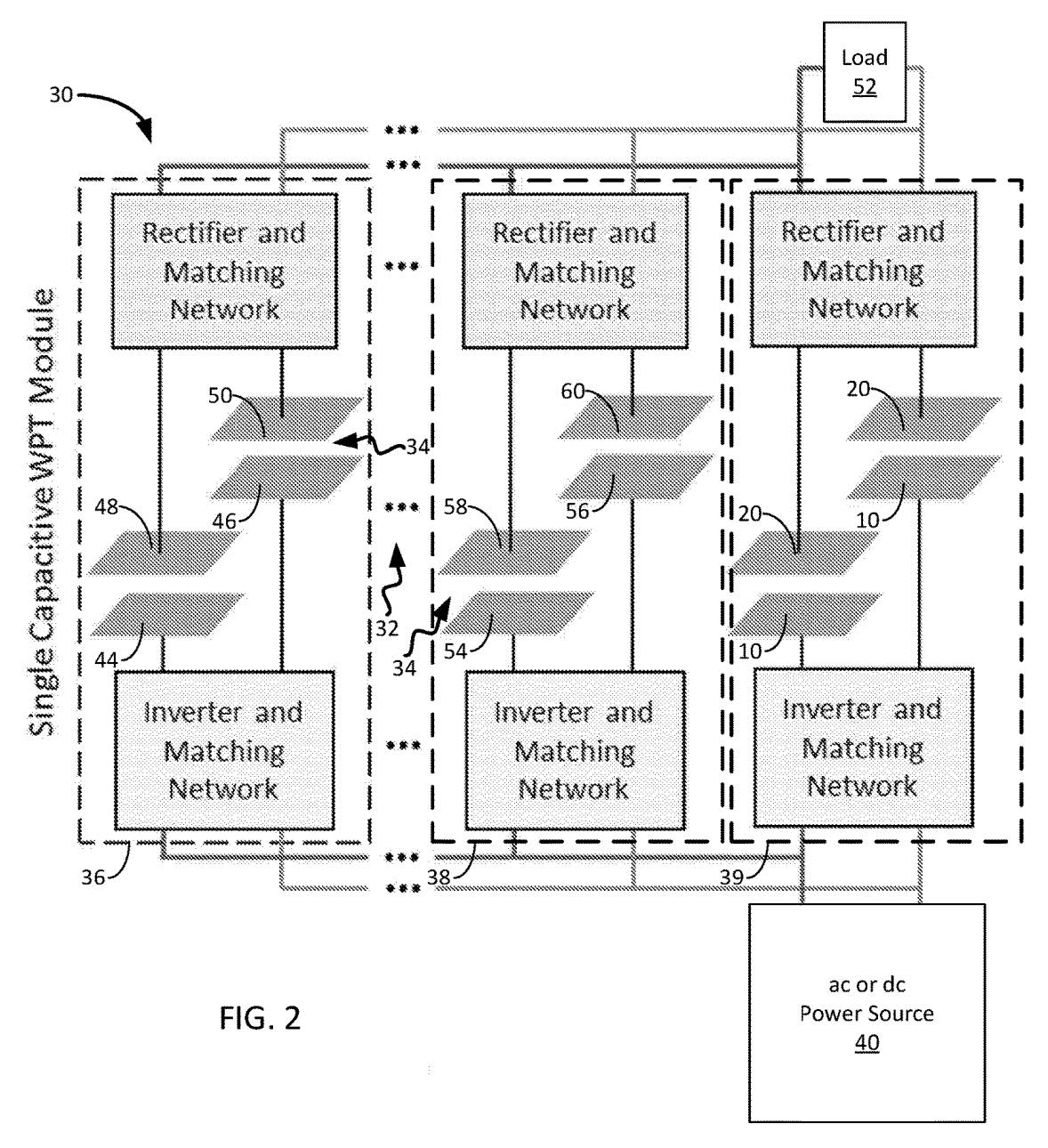 Schematic diagram of a multi-module wireless power transfer system. Image from US Patent 10,298,058 B2, courtesy of Google Patents

It turned out that the power was transferred laterally, instead of vertically. After identifying what Afridi calls “a very nifty solution" for that problem, they finally achieved 1 kW and have since worked their way up to 3.5 kW with a power density of 50 kW/m2.

Under this new program, their goal is to transfer 50 kW with a 150 kW/m2 power density at 95% efficiency. Those numbers are a lot more ambitious than the humble cell phone capability from less than a decade previous: they equate to 10,000 times more power, at 120 times the distance.

Afridi and his team's fundamental idea is to transfer energy, using AC coupling, from the roadway up to the vehicle above. One of their key innovations is the ability to focus the field between the capacitors' two plates.

As shown in the image below, portions of the electric field typically bulge out from the edges of the parallel plate capacitor. For safety reasons, the team's technology confines the electric field directly between the two plates. 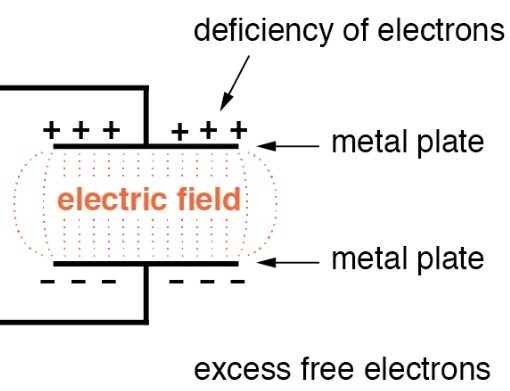 Electric field in a parallel plate capacitor. Image used courtesy of All About Circuits

The system requires pairs of parallel plates (with opposite polarity) to complete a full loop to enable power transfer, with displacement current flowing both up to the car and back down to the roadway.

To maximize power transfer, Afridi and his team also want to operate the capacitor network at resonance. That's easier said than done when:

While they could modulate the frequency to fine-tune the resonance, the capacitors then begin to act more like radio antennas, Afridi explained. Instead, his team is using fixed frequencies in the Industrial, Scientific, and Medical (ISM) bands for their power transfer.

Under their system, the fixed-frequency resonance is tuned automatically. This tuning methodology maximizes power transfer and deals with the issues presented by lateral motion, plate separation variation, and permittivity variation.

To switch that much power at those frequencies, Afridi and his team are banking on continued advances in gallium nitride (GaN), which he views as critical.

In addition to progress on GaN itself, the team is counting on advancementes in GaN volume manufacturing, which are necessary to bring down cost. Here, Afridi is understated, saying only that those costs matter to the team. But when the goal is to embed high-power GaN electronics both into roadways and every vehicle that uses them, "critical" may again be more accurate.

Serious Savings in Infrastructure, and More

Were it to be fully realized, Afridi and his team's technology could make modern grid level charging concerns moot. Today, most charging happens in residential areas that are typically not equipped to handle the heavy current loads demanded by numerous EVs charging simultaneously. But, most of that charging comes at night, when far fewer cars are on the road. And the team's tech works most its magic when the sun is out.

“There's a substantial amount of traffic that's always driving during the day," Afridi said. "You're aligning it with solar, so a lot of your charging could come from solar.” 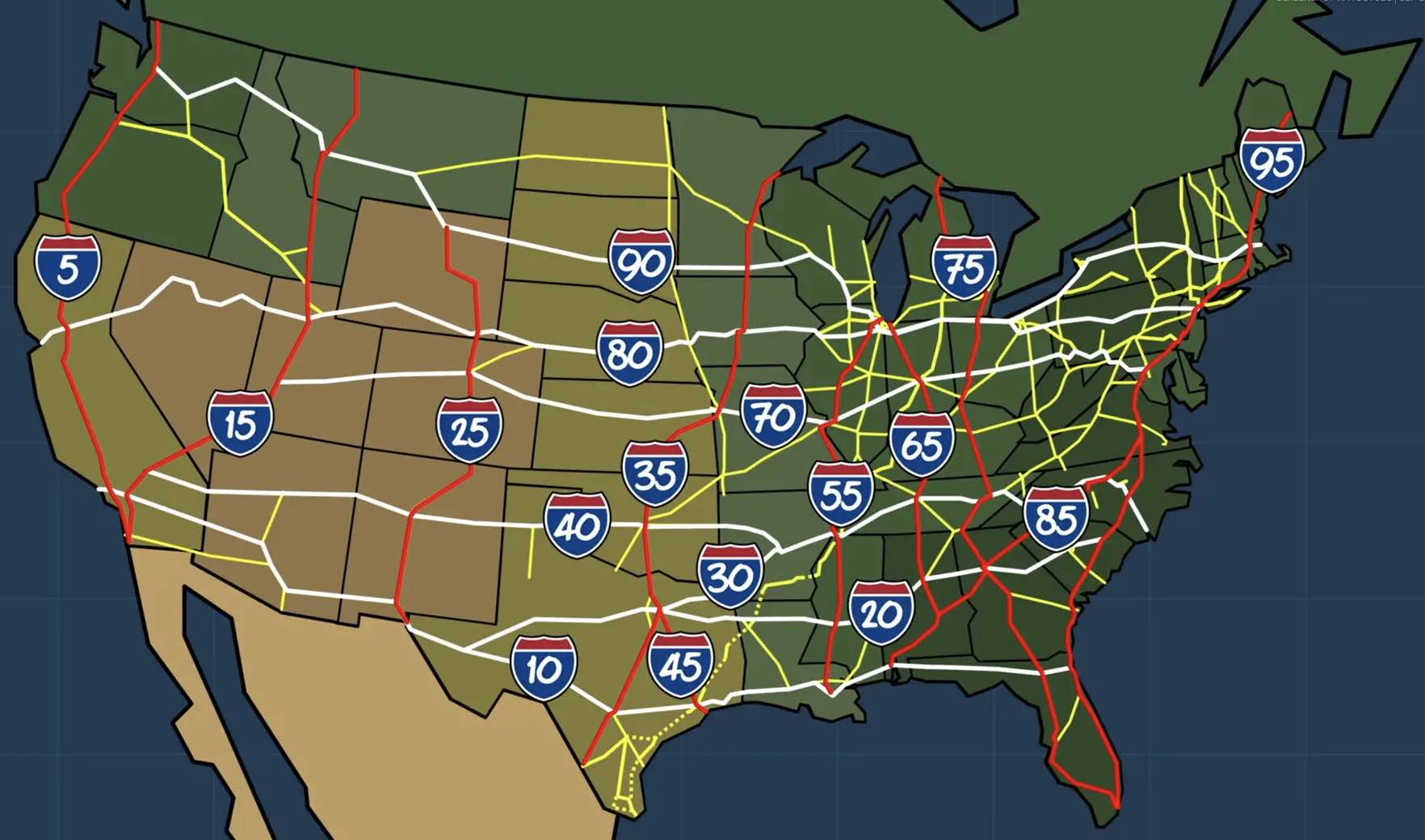 A map of the United States interstate highway system. Image used courtesy of The Drive

Still, plenty of drivers utilize the fast charging available at dedicated stations throughout the day. Those require high currents that strain the local grid, and require larger, more expensive transformers. But here too, the solution is simple: with smaller batteries commanding just 10% the capacity, fast charging becomes largely unnecessary.

For his part, though, Afridi views the team's research more in terms of societal than infrastructural cost saving. The batteries fueling EVs are so massive that they account for 30% of vehicle cost, and cheaper vehicles means quicker widespread adoption. Sans the battery bulk, those vehicles would also likely be lighter, directly reducing energy requirements. And smaller batteries of course demand fewer precious metals, which in turn would ease the environmental impact of mining and metal processing.

In addition to its foundational work on dynamic wireless power transfer, the team is doing research on the artificial intelligence (AI) systems that will be necessary to control and commercialize its technology. Part of that work covers load-leveling, to ensure the roadway power grid is not locally overloaded and that every car gets enough energy to keep moving.

Afridi explained the load-level problem with a hypothetical. Imagine there were 1,000 cars on a stretch of roadway all passing over capacitor pads and each extracting 20 kW simultaneously.

“Your grid is probably not going to be terribly happy to burst 20 MW,” Afridi said. "We want to make sure that we have intelligence built into the system, so that we can essentially keep the power that comes out of the grid as flat as possible.”

Appreciating the Past, Looking Toward the Future

Afridi is supported in this effort by Cornell faculty members Dr. Francesco Monticone and Dr. Lang Tong. Afridi was also quick to acknowledge the important contributions of the students who he says have been innovators with him throughout.

When asked about the reaction in the lab upon his team's solving the vertical power transfer across the 12 cm gap, Afridi remarked, “Lots of high-fives!”

If this technology is one day integrated into both the interstate highway system and our cars, no one will still be calling it crazy. And there will be plenty of high-fives to go around.