Attenuation is the loss of signal strength of an electrical or networking system while in transmission. In this article, you will learn how to define attenuation, type, measure, calculate and understand attenuation in fiber optic cables and networking.

Attenuation is defined as the loss of electrical parameters of an electronic wave or signal, for example, power, voltage, and current, during the process of transmission. The attenuation amount is given as a ratio of the output and input parameters under particular conditions. 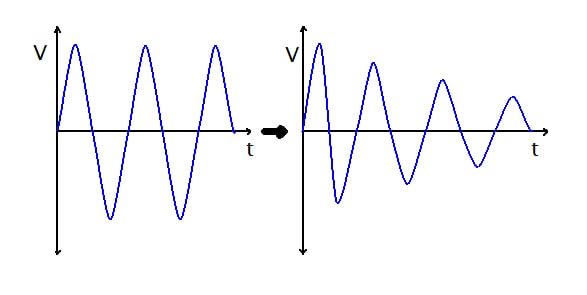 Attenuation is measured in decibels (dB) which is a tenth of the Bel that was a development of the Bell Telephone engineers. A decibel is defined as a logarithmic unit that explains how two measurements relate.

The equation below shows the disparity in decibels between two elements.

The formula logarithm is of base 10.

In the area of electrical and networking, there are three classifications of types of attenuation: automatic, deliberate, and environmental.

Automatic Attenuation. This is mainly a feature in TVs and audio devices that avoid sound signal distortion by automatically sensing levels that are good for activating circuits.

Deliberate Attenuation. This one is done deliberately when sound is required to be adjusted in an electronic device to control volume to the required levels.

Environmental Attenuation. This is a result of signal power loss due to transmission channels such as fiber optic, copper wire, or wireless channels.

It is important to measure attenuation accurately, especially when the focus is on high-frequency RF applications and microwave communications. For instance, a designer of a radar system design can carry out an estimation of the amount of electric power a power transmitter can supply to the antenna when he has the right attenuation measurement.

Several methods exist for measuring the attenuation of a given communication system.

For the power ratio method, the attenuation formula is determined by

The formula can be written by considering power at the transmitter end or power at the source. The power at the receiver, or destination power, is shown below:

PT = signal power at the transmitter

PR = Signal power at the receiver

Besides power, input and output voltages can be involved in the determination of attenuation.

The formulas below can be used in this case

For example, when tuning the radio by adjusting the volume knob, the process is amplification not attenuation.

The best way to minimize attenuation in television cables is by using a repeater which is a device made of an amplifier circuit to boost slightly weak TV signals.

Optical power is lost when light is transmitted through the fiber optic. These losses are classified as attenuation and are caused by factors such as scattering, absorption, and losses due to bending.

Here, the optical fiber signal attenuation is the ratio of input optical power to the optical output power expressed as

The following factors can cause attenuation in optical fiber.

Absorption loss. This loss is due to the optical fiber fabrication method and the material used. It can cause the dissipation of power of the cable. Besides glass fiber being so clean, some deposits of contamination remain even after they undergo cleaning. The contaminants cause power dissipation through absorption.

Scattering Loss. This can be triggered by fluctuations in the light density in the cable of optical fiber.

Communication signal losses in the computer network are also computed in decibels. With attenuation on communication, even transmission of an email through the network becomes distorted.

The following are reasons attenuation occurs in networking.

Range. Transmission is slowly dispersed over longer distances in both wired and wireless systems.

Interference. Interferences such as radio on wireless networks cause attenuation.

Suppose a radio transmitter signal travels through the transmission cable medium, and its signal power is downgraded to one-fourth, calculate the attenuation of the signal.

The attenuation can be calculated using the formula below

Replacing values in the formula

The attenuation is -6dB.