Impedance matching is a significant process in electrical and electronic project design. Here, you will learn all about impedance matching from maximum power transfer theorem through circuits, formulas, and applications. 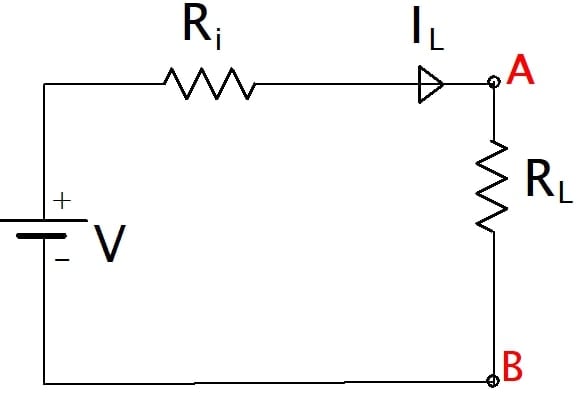 From the circuit above, power transferred to the load resistance is

Figure 2. Equation of Power Transferred to the Load.

For maximum power, we differentiate the above equation to the load resistance RL and equate the outcome to zero. We shall have 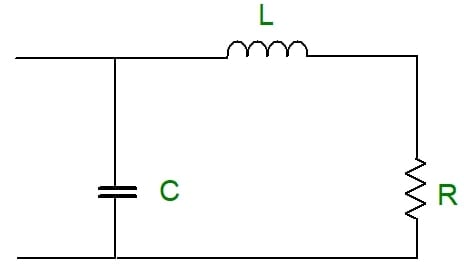 For an available resistance R, we shall find the circuit that will match the resistance R’ at a certain frequency w0 and develop a design of the L matching circuit displayed in Figure 4 above.

Let us start by finding the admittance Yin of our circuit above.

From the figure, we can note that the resistance R and the inductor L are in series, and the combination of the two is in parallel with capacitor C.

The impedance will be given by

Let us use complex conjugates to separate the real and imaginary parts of the above equation.

Reorganizing the above equation, we get

At the frequency of ω= 0, the resistance of Yin should be set to R’.

Separate R from the equation to get

From the above equations, it is easy to solve the impedance matching problems in any electrical circuit.

Why Impedance Matching Is Needed

When designing applications of ultra-high frequencies, impedance matching becomes a difficult operation for designers. The challenge is also reflected while designing microwaves and radio frequency circuits. When you get a wrong impedance matching, expect distorted pulses and high signal reflections.

An increase in frequency decreases the window of errors. The electrical circuit works the best when we have a perfectly matched impedance. If the impedance matching is not done, expect the system to work abnormally because of the effects such as the signal reflections. The reflected waves cause data delays and distortion of the phase and minimize the ratio of signal to noise.

Let us have a look at a few applications of impedance matching below.

Transformers are one of the components used to match the impedance of the source to load. The power input of the transformer is similar to the power output by it. The transformer changes the electrical energy c\voltage level and does not affect the power level of the system.

Therefore, to ensure that we have matched our impedance, a transformer with proper winding turns is connected between the source and the load. The transformer is known as a matching transformer.

Transmission of electrical energy from the source to the load is done using a transmission line. While transferring this energy, it is important to zero or minimize energy losses that occur. For this to be possible, we should match the source and load impedances to the transmission line being used.

The characteristic impedance is defined as the voltage and current wave ratio at any given point along the transmission line. If the transmission line in discussion is long, then we expect to have a different characteristic impedance at different distances along this transmission line. If we fail to do the impedance matching, the signs reaching the load will be reflected in the source of the origin, giving rise to a standing wave. The amount of power reflected is measured using the coefficient of reflection, which is calculated using the equation below:

With ZL being Line Impedance and Z0 Characteristic Impedance.

The antenna needs to be coupled with a television. For this to be achieved, impedance matching is employed. Here, the antenna becomes our source as it has to give signals to the television, whereas the TV becomes the load because it gets signals from the antenna.

Let us take an example where the antenna and its cable have a resistance of 150 ohms, and the resistance of the TV is 600 ohms. These conditions indicate a different impedance between the source and the load, and hence it becomes impossible to have maximum power transmitted; therefore, poor signals are received by the TV. 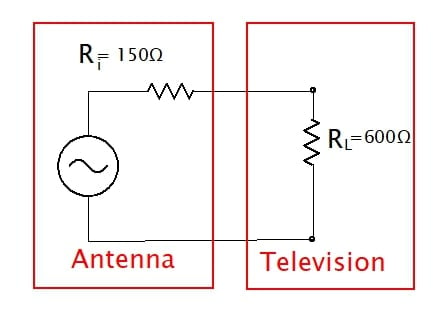 To avoid the above condition, we have to use a transformer to achieve the antenna and television impedance matching. We had already introduced the formula for the turn ratio of the transformer calculation in this article, and will input the values accordingly, as shown below:

From the calculations above, our turn ratio is 1:2, and we have to connect our transformer as in the circuit below:

When building portable devices, ensure that low-impedance headphones are built. This makes the system work well with proper sound quality.