Researchers are seeing the deployment of electric insulators increase amid the global clean energy revolution. According to Global Market Insights, the electric insulator market size may cross $7.5 billion by the end of 2028.

More than just buzzwords, smart grid solutions are gaining recognition from authorities worldwide as strategic investment areas with the potential to aid not just economic but environmental progress.

The Need for Grid Modernization

In an era where grid infrastructure development is becoming more important, albeit increasingly challenging, the need for modernization is greater than ever. Various studies corroborate this need, including a 2020 Princeton study, which shows that grid capacity will have to increase by nearly double by 2035 to establish a net-zero emission grid. 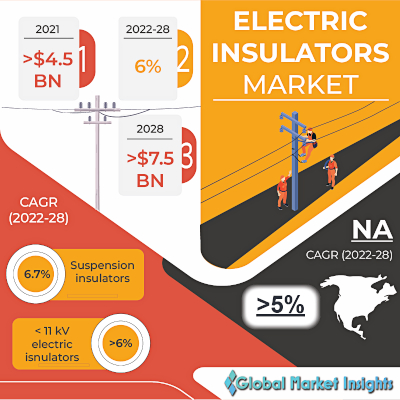 As investment interest in smart grid infrastructure continues its upward trend, the electric insulators market is poised to witness numerous growth opportunities. This growth is especially prominent in material science advancements with the emergence of new and innovative insulating materials paving the way to a more robust and efficient grid network.

The electrical grid is one of the most integral components of modern life, especially in regions like the U.S. where everything from citizen safety to national security rests on the reliable supply of electricity.

The U.S. electric grid comprises more than 9,200 generating units with nearly 1 million megawatts generating capacity connected across 600,000 miles of transmission lines. Modernization of this grid network has become a major area of focus in recent years, a trend further strengthened by the emergence of new equipment, technologies, and controls that work in sync to deliver electricity more efficiently.

Advanced grid networks comprise various electrified wires and power lines that transmit high-voltage power across suspended wires. Although the wires themselves are not insulated, certain areas of the network need insulation, such as places where live wires meet poles supporting them. Electric insulators typically do not respond to electrical fields, allowing them to prevent electrical failure and fires. 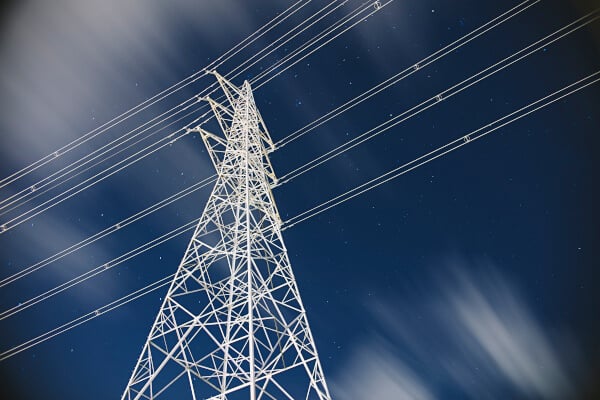 Ceramic materials are known for their exceptional mechanical strength and non-conductivity, making them well suited for insulators in circuit boards, coaxial cables, and power lines to avert the risk of power surges, short circuits, and fire hazards. In addition, ceramic insulators demonstrate a strong ability to hold heat, as well as favorable plasticity characteristics, precision grinding potential, and bonding with superior mechanical properties, allowing them to be molded into various shapes.

Also, since it is a poor conductor of electricity, insulators made from ceramic can allow the passage of electricity without any reaction to nearby electrical conductors, especially in combination with other non-conductive materials.

Over the years, ceramic electrical insulators have developed tremendously in terms of consistency and quality. Nanotechnology is one of the main contributors, considering the strong growth the technology has observed as an advanced, high-performing, and unique material in several industrial domains. In the electric insulators industry, for instance, the use of nanomaterials for the development of insulation products has been gaining increasing attention due to potential breakthroughs in terms of greater erosion and tracking resistance and better dielectric strength.

In outdoor porcelain insulators, nanotechnology is being considered a viable technological substitute to improve characteristics such as hydrophobicity, which is an essential parameter influencing the electrical properties of insulated materials.

This evolution has also been supported by material scientists and business entities' efforts to develop novel insulating materials designed specifically for high-performance environments.

A notable example of this is XJet Ltd.’s addition of alumina ceramic to its additive manufacturing materials portfolio in August 2021. The technical ceramic will likely demonstrate significant potential as an electric insulator, particularly in complex applications such as modern grid networks.

Among the major benefits of porcelain insulators are superior strength, hardness, electrical insulation properties, high thermal conductivity, high temperature, and wear resistance. The electrical resistance of ceramic is 25+ kV/mm, much higher than that of the 20 kV/mm found in polymer-based insulators. Additionally, porcelain/ceramic electric insulators are highly resistant to surface degradation in that they do not char or degrade during loads, a characteristic that is attributed mainly to the material’s ability to withstand temperatures of more than 1000°C. 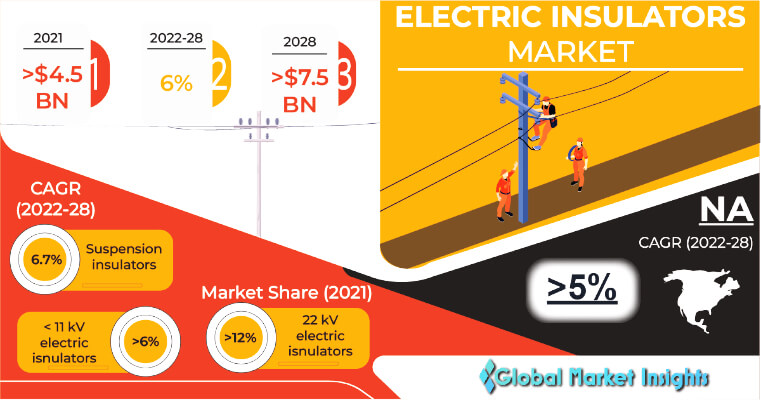 Ceramic electric insulators are also gaining momentum in recent years due to their low carbon footprint, which is ascribed largely to their composition. Basic raw materials for ceramic insulators include feldspar, kaolin, bauxite, and other clays that are widely available and do not require complex refining, resulting in a decreased need for long transport logistics and enabling the use of more local mining sources. Another reason ceramic insulators are considered sustainable solutions is their fully recyclable nature, facilitated by the composition of naturally occurring, non-hazardous minerals like silicon dioxide, aluminum oxide, and other metal oxides found in the C-130 mass.

With electrification taking hold across numerous industrial sectors, integrating renewable energy sources has become the need of the hour. Prominent nations like the U.S. have expedited their installation of renewable energy sources to tackle the challenges arising from climate change. However, this shift has added a significant burden to an already-aging grid. The power transmission grid is facing challenges as operators work to reduce CO2 emissions while meeting the ever-growing demand for renewable energy.

Some of these issues are being addressed through the emergence of innovative solutions aimed at upgrading the grid network. Innovations in the electric insulators market, like the development of composite insulators, contribute greatly to this. Used as both an insulator and a structure, often in a technology known as a Double-V Composite Insulated Cross Arm or CICA, these solutions serve as a novel approach to addressing the financial and technical challenges arising from an ever-changing power grid ecosystem. These include everything from ground clearance issues to voltage/current uprating to the growing burden of renewable energy on the existing grid.

As the transition to renewable energy gains momentum,  grid operators face several challenges, from upgrading transmission line capacity to gaining regulatory approvals for new grid projects. Innovative technologies like Double-V CICA are emerging as viable solutions to these issues and aiding in the upgrading of distribution networks. The Double-V assembly, which came to light as a replacement for the previous horizontal two-dimensional single Vee technology built for compaction, is helping to optimize the geometry of transmission towers. This has been achieved by key advantages associated with the technology, including resilience against flashovers caused due to pollution, elastic resistance against shock loads, and high strength-to-weight ratio, to name a few.

Another form of innovation in the electrical insulator industry stems from the renewed focus of companies on discovering materials that would make next-gen power grids and transmission infrastructure more reliable and efficient.

In October 2021, researchers from Sweden-based Chalmers University of Technology introduced a novel polyethylene-based insulation material for HDVC (high-voltage direct current) cables designed to be three times less conductive than conventional solutions. This was achieved by the Swedish team through the addition of small amounts of P3HT (poly 3-hexylthiopene) to the material, which is known for its ability to enhance the insulating properties of polyethylene.

Developments like these could make them a sought-after solution in the electric insulators industry and strengthen its position as a key tool in transitioning to a sustainable and modern grid ecosystem.