The researchers note that sustainable communities supplied with local renewable energy production are starting to be established in the U.S. Using energy-efficient buildings and distributing means of energy generation, including solar panels, throughout the buildings in these districts, the communities can produce enough energy for their local needs, achieving an annual net-zero energy (NZE) balance.

However, this yearly average does not show the local energy fluctuations that can challenge the supporting power grid. For example, a spike in energy production from local solar on a sunny day could cause voltage violations that might exceed allowable appliance standards.

In order to enable the expansion of NZE districts for more sustainable urban areas, the researchers integrated power grid considerations into the model of the newly planned NZE district. 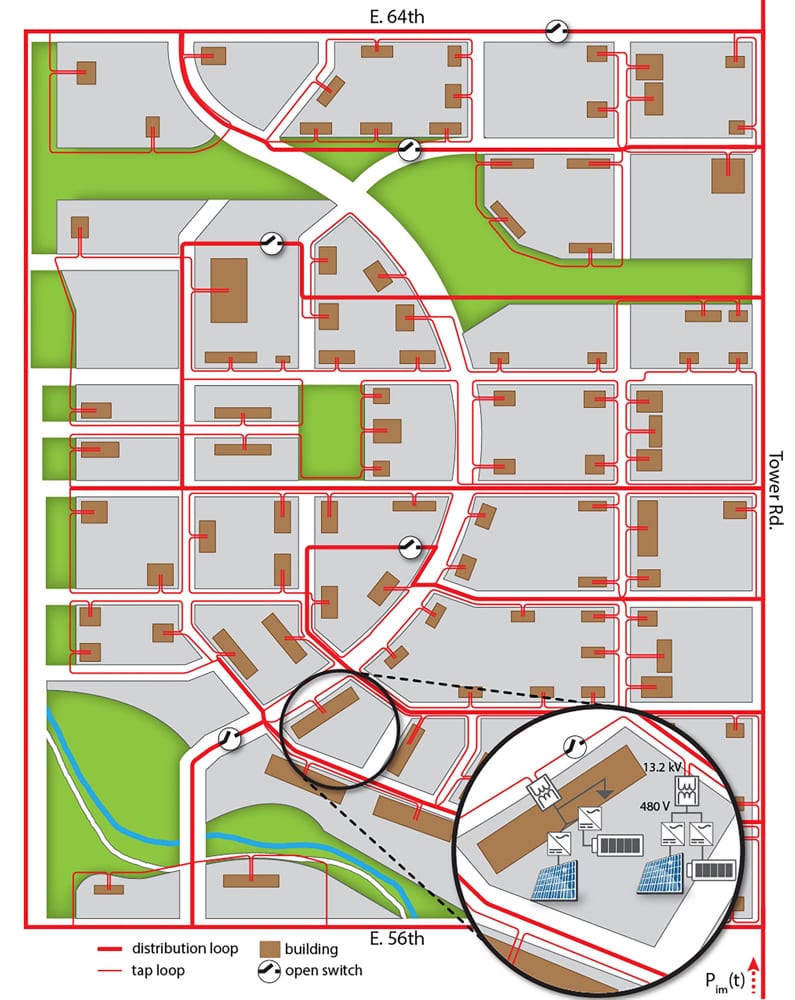 They looked at energy fluctuations at 15-minute intervals. They presented their analysis and recommendations in the Journal of Renewable and Sustainable Energy, from AIP Publishing.

"We had a unique partnership between electric utility suppliers, building developers, landowners and other stakeholders, which enabled us to look at this from a holistic perspective and come up with a solution that is better for everyone at a lower total cost," said Bri-Mathias Hodge, who led the study at the National Renewable Energy Laboratory in Colorado.

Centralized planning offers a way to proactively ensure reliable service of electricity to the districts.

The researchers assert that one way of achieving central management could be through utility ownership or the operation of distributed devices, such as solar power systems and batteries.

With greater time and geographic resolution than previously considered, they used much more detailed solar and building data to compute an exhaustive number of potential scenarios for sizing the district's distributed energy resources, considering multiple objectives including capital cost, net energy import, and equipment violations. They were able to find the best method of achieving NZE at the lowest costs and with the least reliability impacts.

"The surprising thing was the magnitude of difference, from the power system perspective, between balancing NZE on the annual compared to the 15-minute basis," said Hodge, who explained that alternative energy sources would be essential to pick up the daily slack in energy supply when the sun is low in the evenings, as well as seasonal fluctuations.

Other NZE district planners are want to apply the centralized planning tool that they developed.

To accelerate the process, Hodge's team is automating the application of their model, and they are integrating other factors, such as electric car charging.