Understanding the Architecture of Smart Grids

Understanding the Architecture of Smart Grids

The final article in this series discusses the architecture and applications of the IoT and smart grids.

The grid is the electrical network that serves every residential, business, and infrastructure service in a city. Smart grid is the next generation of those systems that have been updated with communications technology and connectivity to drive smarter usage of resources [1].

The technologies that make up the IoT-enabled energy grid “smart” include wireless devices like sensors, radio modules, gateways, or routers. These devices help in multiple ways, including sophisticated connectivity and communications. This enables the consumers to make better energy usage decisions while allowing cities to save electricity and reduce expenses. It also provides power to restore after a severe blackout quickly. Read on to learn more about the architectures of IoT in smart grid and their applications.

A key application scenario for the IoT includes a smart home where the users can interact with the smart grid. This helps enhance the smart grid services, meet the marketing demand, control smart appliances, and monitor renewable energy by gathering the power consumption information from the smart meters [2]. The transmission lines can also be monitored to discover possible faults and enable the elimination of the same. IoT can also collect the information and store it as essential data, measure abnormality in the smart grid, analyze the consumption pattern at the consumer end, and exchange the information between the smart meters while monitoring the quality of the electricity. An illustration of a smart grid in action is shown in Figure 1. 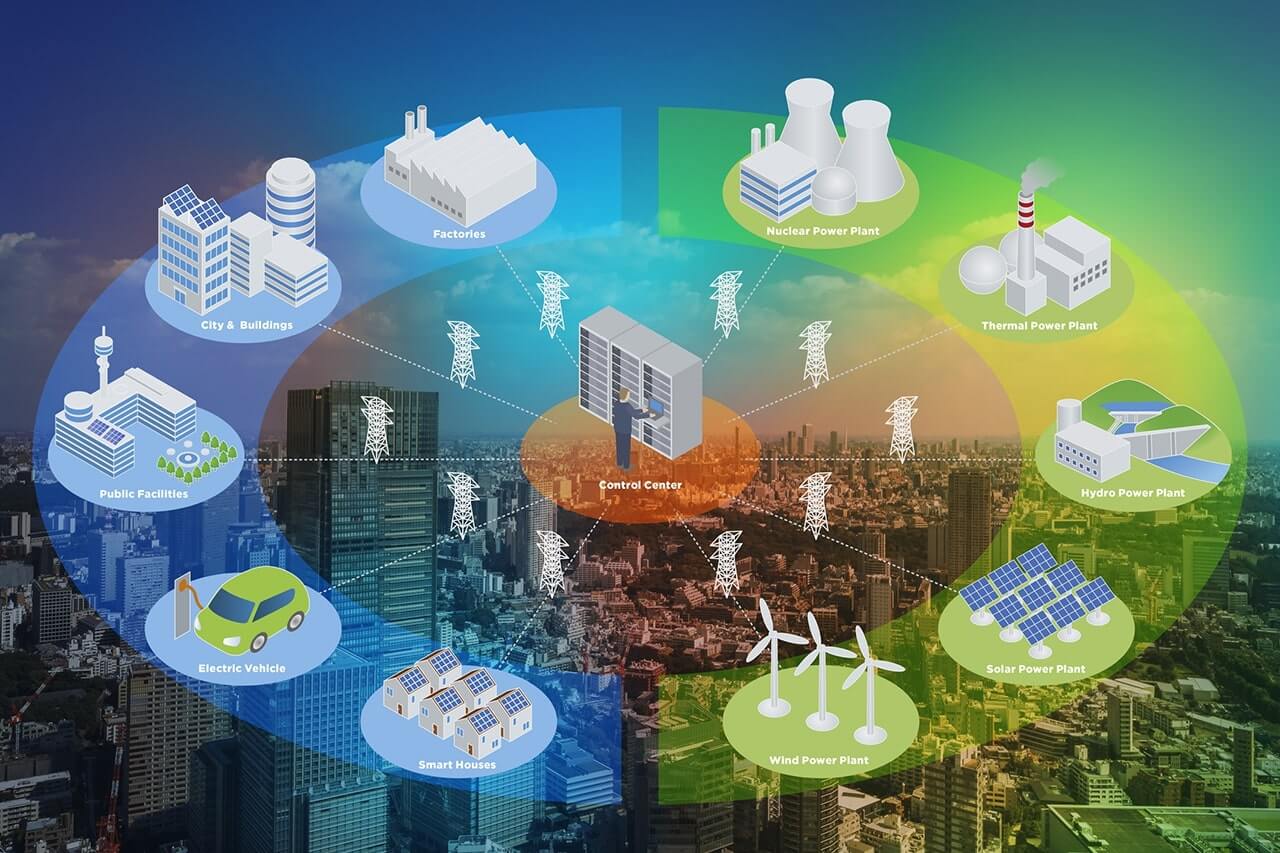 Architectures of IoT in Smart Grid

There have been several IoT architectures that have been proposed for integration with the smart grid. Typically, they can be categorized into architectures with three layers or four layers [2]. In a standard three-layer architecture,  the first layer includes smart meters, network devices, and communication protocols, the second layer contains devices responsible for receiving the data at the central system, and the third layer comprises artificial intelligent systems to provide information to decision and billing systems.

A typical three-layer structure contains a perception layer, network layer, and application layer [3]. The perception layer is also referred to as the device layer and incorporates different sensors, readers, and tags to collect information using the sensor equipment.

The network layer comprises wired and wireless industry-specific or public communication networks. The Internet helps map the information gathered by the sensors in the perception layer to the communication protocols. It enables routing and transmission of mapped data to the application layer for processing, control, and access to the core network, including management and information centers. The application structure is responsible for information processing, computing, and resource interfacing.

The four-layer architecture typically consists of the device, network, cloud management, and application layers [4]. The device layer comprises sub-layers, including a thing layer containing different sensors, smart meters, and actuators. The other layer, called the gateway layer, comprises the microcontrollers, communication modules, and storage that controls how to connect to elements of the thing layer [2]. The network layer sends the data from the device layer to the application layer. The cloud management layer is responsible for data storage, analysis, data, and user management. The application layer provides necessary services to end-users such as homeowners or utilities and includes demand response management, dynamic pricing, or energy management.

1. What Is the Smart Grid and How Is It Enabled by IoT?

6. Wang et al., Research on application and security protection of Internet of Things in Smart Grid, 2012