Understanding the Electrical Properties of Conductors, Insulators, and Semiconductors

Understanding the Electrical Properties of Conductors, Insulators, and Semiconductors

This article will dive into classifying solid materials according to how they conduct electric current.

In some solids, the insulators are extremely poor conductors; others are excellent conductors, and the third class of solids, the semiconductors, have properties lying between these extreme types.

Solid materials show a remarkable range of electrical conductivities. Since ions and electrons can carry a charge, with different mobilities in different materials, there is a full spectrum of conductivities (and resistivities) ranging from highly conductive metals to nearly perfect insulators. Figure 1 shows conductivity ranges for various materials at 26.85°C (300 K). 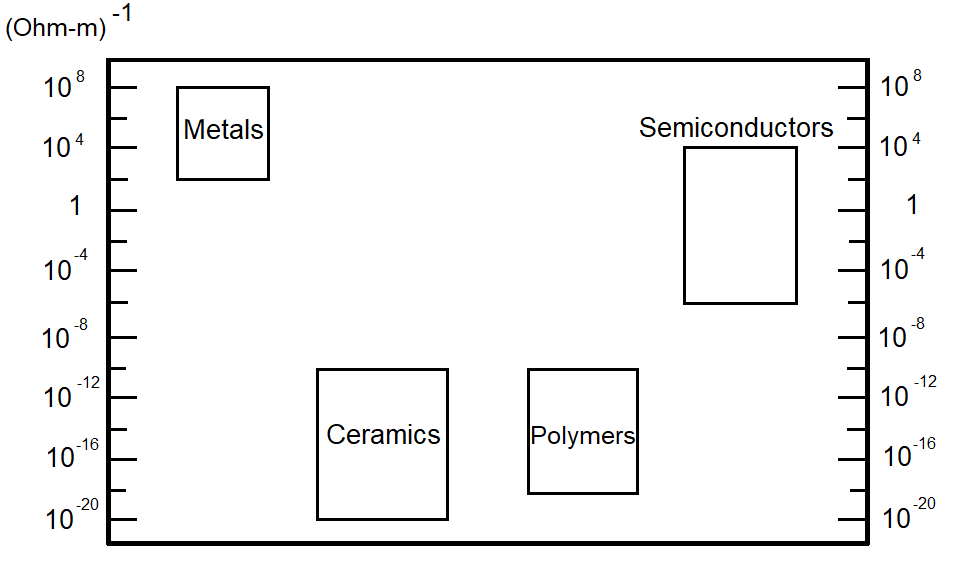 Some materials’ crystal structure is such that some valence electrons are not bound to any particular atom. These electrons move freely through the crystal – at the same speed – which contains many free charge carriers, about one for each atom. These materials are electrical conductors.

Any resulting movement of the electrons toward the negative pole consumes energy, and therefore the velocity in that direction will decrease. The net effect is a collective motion of the electrons, through the crystal, toward the positive pole. This motion establishes an electric current.

Figure 2 shows the electrons moving freely inside a metallic crystal, figure 3 the electrons under an external electric field’s influence, and figure 4 the electrons’ net flow. By convention, the positive direction of the current is the opposite of that of the electrons. 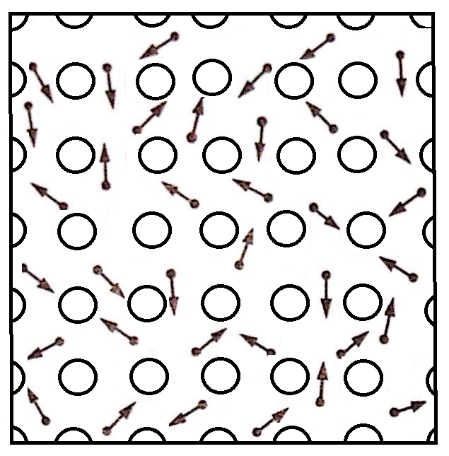 Figure 2. The random movement of electrons in a metallic crystal. 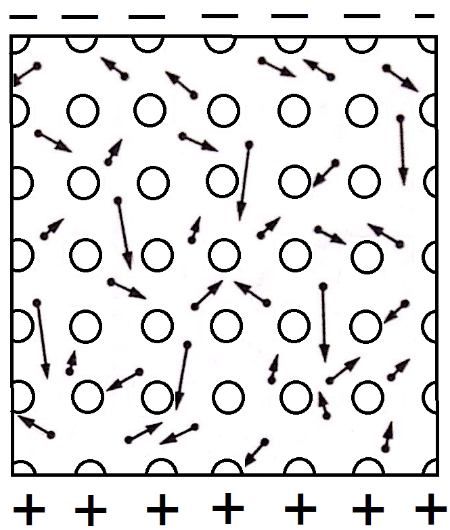 Figure 3. Movement of electrons subjected to an electric field in a metallic crystal.

Let’s analyze how the electron energy band structure of the material impacts its ability to conduct. To free an electron, it must be raised into one of the empty and available energy states above the Fermi energy level. The Fermi energy level corresponds to the highest filled state at absolute zero temperature that is -273.15°C (0 K).

For example, the metal sodium (Z = 11) has one electron in the 3s – valence – band. This band can accommodate two electrons per atom, but it has only one, so the 3s band is half-filled. Under the influence of an external electric field, the highest electrons in the valence band may collect additional energy and go to any of the many adjacent empty states within the band, above the Fermi level.

We may conclude that solids having the topmost occupied band not filled are good conductors of electricity – these solids are metals.

Another situation in which solids are good conductors is when their energy bands are complete, and there is an overlap between their filled top energy band and the next empty one – these solids are semi-metals. Magnesium (Z = 12) is an example. 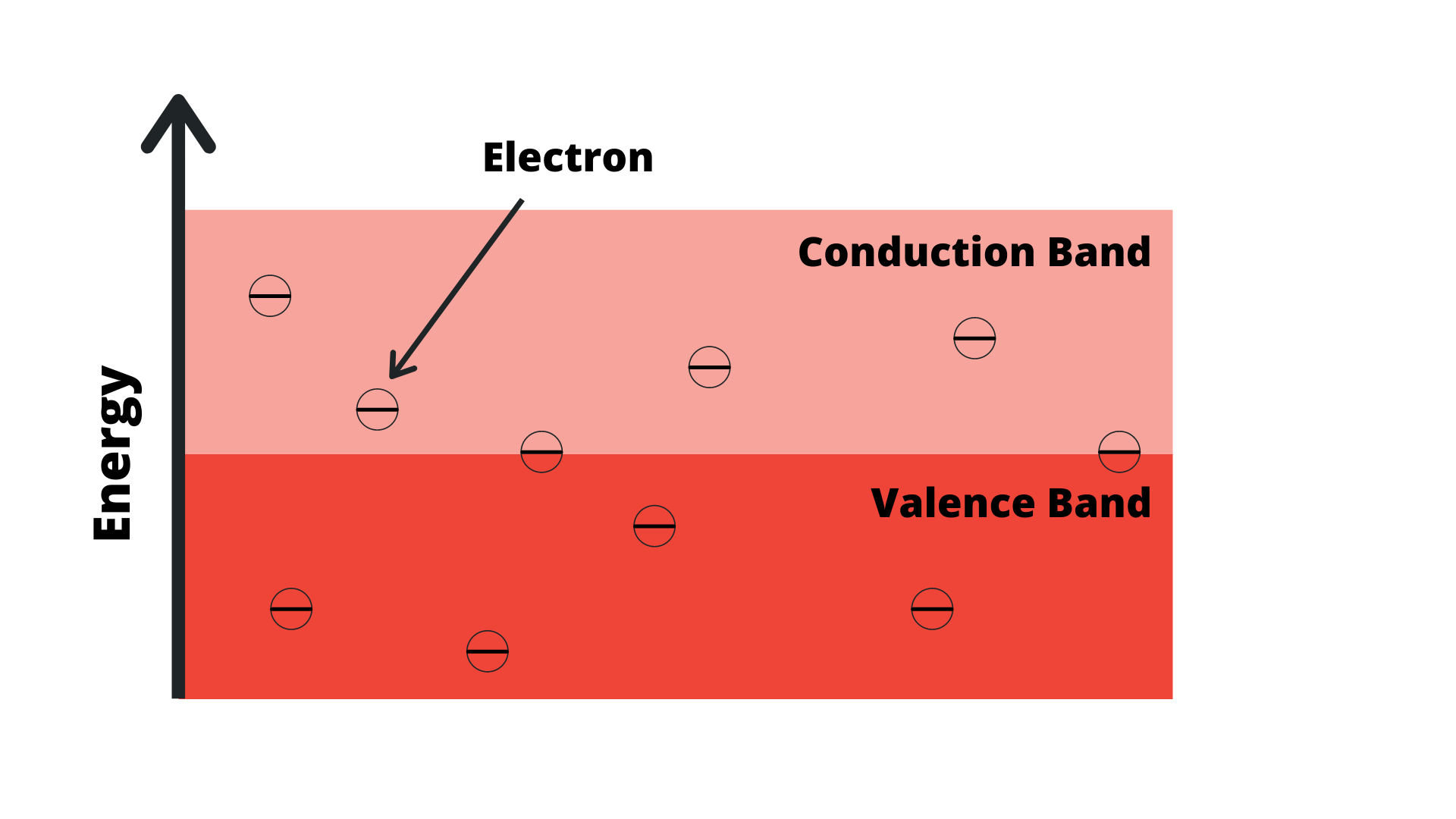 Figure 5. Energy Band in a Conductor

Usually, an electric field provides enough energy to excite many electrons into the conducting states.

Ionic or strongly covalently bound materials are poor conductors because electrons cannot leave their host atoms. Since all valence band states are complete, the only option for exciting an electron is to transfer it to the empty conduction band. Still, it may involve the energy of a few eV to bypass the energy gap – this is the gap between the lowest or valence band and the empty upper band. Using diamond-shaped carbon as an example, it takes about 5 eV of energy to move each electron from its low-energy position so that it can carry a charge and produce a net electric current – a large energy gap.

The probability that an electron receives the energy necessary to move from its stable position is extremely low. Electrons can receive some additional energy from increases in temperature, light, or powerful electric fields. Despite this, the probability of having electronic movement remains low, so the diamond’s resistivity remains high. This explains why diamond is such a good insulator.

Solids with the valence band filled and separated from the next empty band by an energy gap of a few eV are insulators. Figure 5 shows the insulators’ energy bands with a large energy gap. 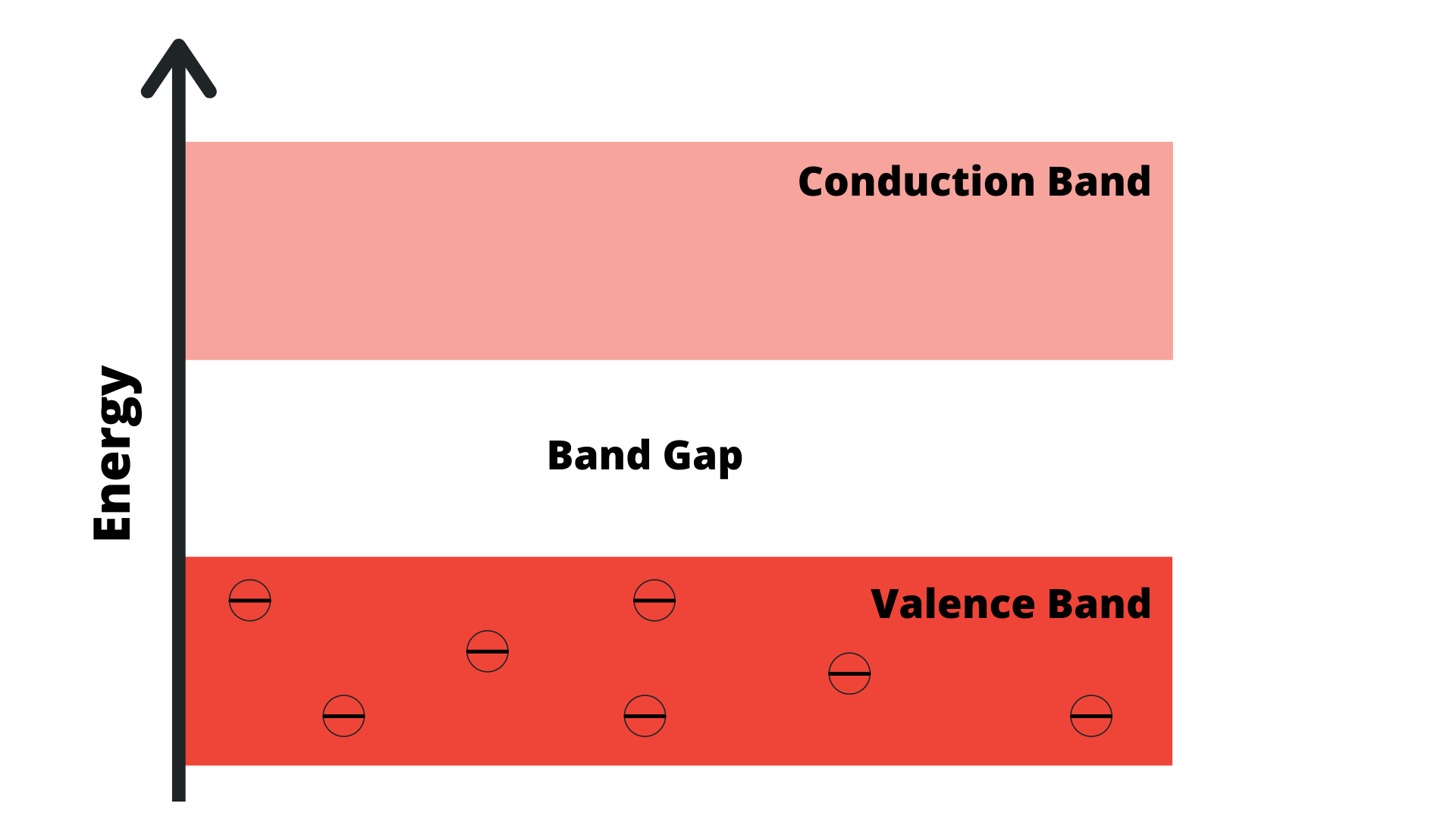 Semiconductors – with broad applications in the industry – have conductivities between conductors and insulators.

The energy requirements to achieve electronic movement are not the same for all covalent solids. Silicon and germanium have the same covalent (crystal) structure as diamond. Still, they require less energy to obtain electronic movement because the gap between the valence and conduction bands is much smaller. The energy needed by silicon is 1.14 eV, and that of germanium is 0.67 eV. This reduced energy requirement is why these solids have higher conductivity – lower resistivity – than diamond.

Figure 6 shows the small energy gap between the valence band and the conduction band. Raising the temperature will increase the number of excited electrons able to jump into the next band. 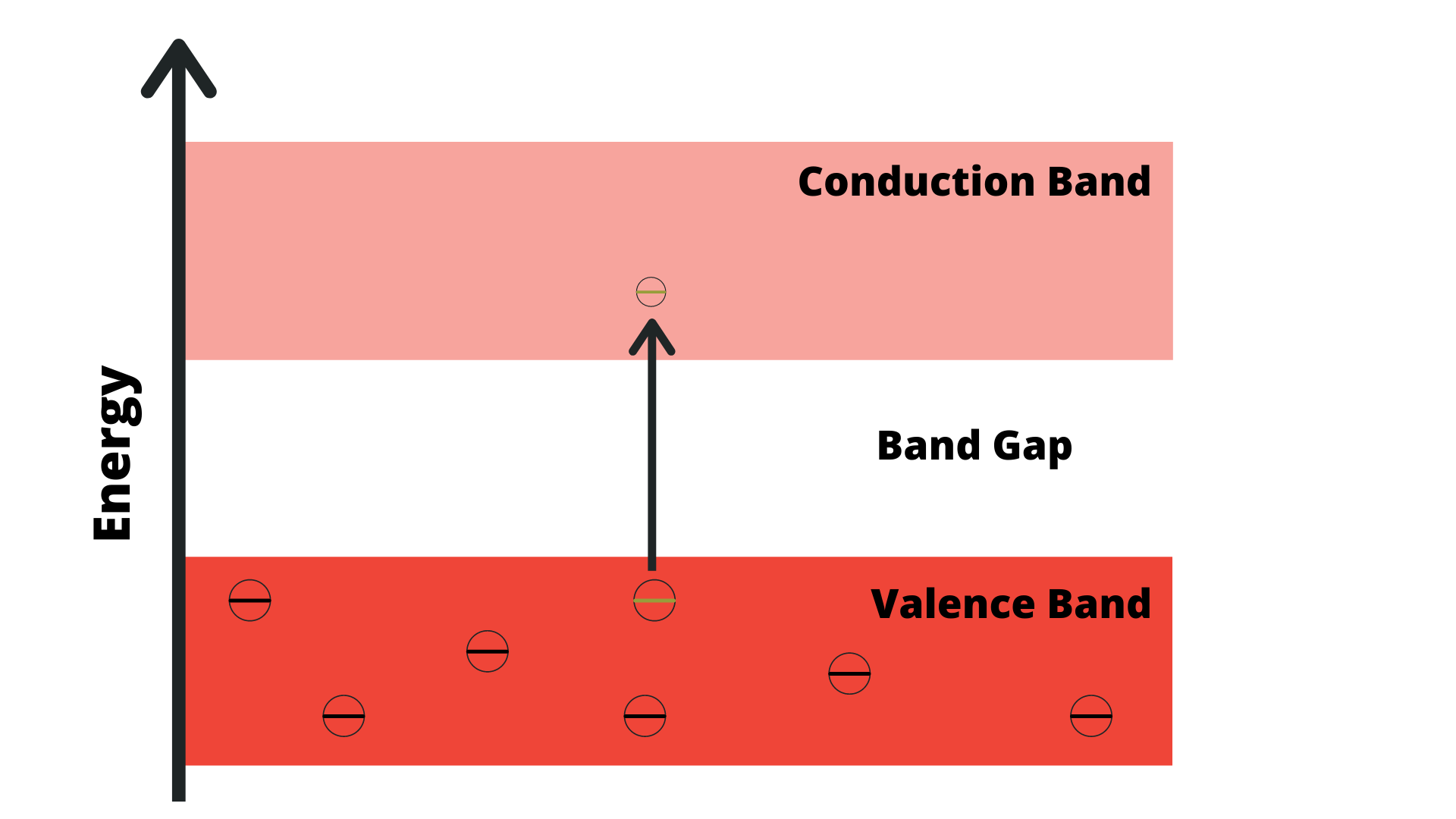 Metals are good conductors, with conductivities on the order of 10⁸ to 10² (Ω-m)ˉ¹. At the other extreme are the insulators ranging between 10ˉ¹º and 10ˉ²º (Ω-m)ˉ¹. Semiconductors have in-between conductivities, from 10⁴ to 10ˉ⁶ (Ω-m)ˉ¹.

The energy-band structure controls the type of material.

Some valence electrons are free to move through the crystal in electrical conductors leading to many free charge carriers.

The energy band structure for metals has electron states available above and adjacent to the same band’s filled states. In semimetals, there is an overlap between the filled top energy band and the next empty one.

The interatomic bonding in insulators is ionic or strongly covalent. Then, the valence electrons are tightly bound to the individual atoms and are not free to travel throughout the crystal. Their electron band structure has a filled valence band separated from the empty conduction band by a large bandgap – more than 2 eV.

The properties of semiconductors lie between conductors and insulators. Their valence electrons are not firmly held in the covalent bonds. Semiconductors have the same electron band structure as insulators, but the bandgap is narrow – less than 2 eV.