Some common scenarios during conductive and radiated immunity testing can cause issues. This article reveals how to resolve them.

Catch up on all the parts in this series:

The first through fourth parts of this series introduced how to simulate the conductive emission with LTSpice. It is important to have the right Spice library for each component, including capacitors, inductors, common mode chokes, and ferrites.

Recently, the radio frequency (RF) environment has become increasingly crowded from an RF point of view. Mobile phones, computers, laptops, radios, and other electronic equipment are expected to work nearby our electronic equipment. Each of them can act as a radio source and may occasionally interact negatively with a product.

To create a product to withstand the harmful effects of radiated emissions from nearby equipment, follow proper EMC design practices when creating the product. To achieve this goal, we need to understand what we are trying to protect against to accomplish it. To do this, one must understand a typical test setup. 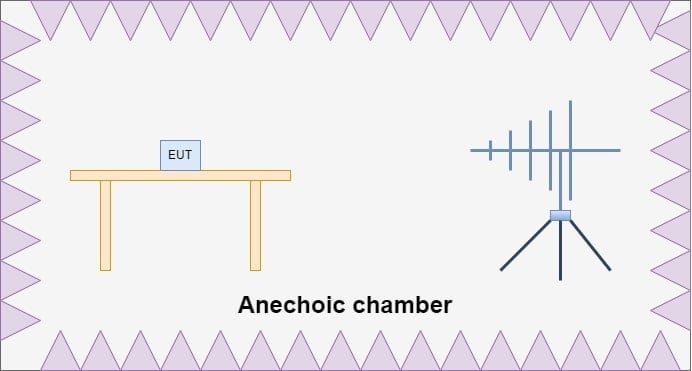 Figure 1 shows the equipment under test (EUT) placed in front of an antenna. Usually, the antenna is driven by a radio transmitter that can control the output power, carrier, and modulated signal, with frequencies ranging from 80 MHz to 1 GHz (or higher). Commercial and industrial appliances typically have a field strength of 3V/m for house appliances and 10V/m for industrial appliances. EN 61000-4-3 requires the RF carrier to be sine-wave modulated at 1kHz to a depth of 80%, which can be applied within the signal generator.

There may be other types of modulation depending on the product standard. For example, the immunity standard EN 50130-4 requires 1Hz on-off modulation. Since AM and FM used to be the most popular modulation types in the past, most industry standards were developed to make products more resistant to AM modulation.

So it's not surprising that the EN 61000-4-3 (which is by far the most common RI test) uses an amplitude-modulated 1 kHz sinewave with an 80 % modulation depth.

Consequently, this means that the amplitude will increase by 1.82 times, thus increasing the peak power by 5.1 dB as a result of this amplitude increase.

Figure 2.  An example of an injected signal during an RI test.  The maximum modulated waveform is 1.8 times higher with 80% modulation depth. Image used courtesy of Francisco Poderico

EUTs can fail radiated immunity testing for various reasons. Today's topic is to illustrate one of the most common and provide suggestions to fix it.

The Unwanted AM Demodulator

In this section, we explore the types of unwanted demodulators we may encounter in our design and some techniques for removing them. We will focus on the most common aspects of the subject as it is a very complex and large topic.  Diode AM demodulators will be discussed first, followed by transistor AM demodulators, and then more complex cases.

As a result of the RI test, sometimes we see a one kHz sinewave crossing the PCB in our design at the time of the test. We can prove this by stopping the AM modulation when the equipment begins to fail and performing two tests at the frequency of failure.

Then we can perform two more tests.

As a first test, continue the RI at the failure frequency range without AM modulation.

The first thing we do is look for all the parts in our design where we have diodes, BJTs, operational amplifiers, ICs with BJT technology, and comparator ICs.

All of these components can create unwanted AM demodulators. Let's take a closer look at each of them and see what we can do to fix them.

We have created a simple AM demodulator. Below are the details.

Detectors like this are called "diode AM detectors." In this case, AM demodulation is undesirable, but before we explain why it occurs, let's first explain how an AM demodulator works. 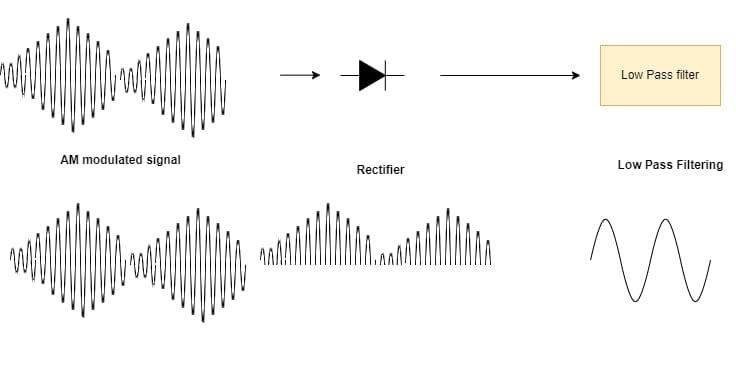 Figure 3. An AM demodulator made with a diode and low pass filter.  Image used courtesy of Francisco Poderico

The diode in Figure 3 "rectifies" the AM modulated signal, and a low pass filter eliminates the high frequencies. Thus, if we get a 1 kHz sinewave during EMC testing, we will likely have an unwanted AM demodulator.

Figure 4. By adding a capacitor in parallel with the diode, the rectifier diode will be removed; therefore, the demodulator will not function.  Image used courtesy of Francisco Poderico

By adding a small capacitor in parallel to the diode rectifier, the risk of unwanted AM demodulators can be minimized. The capacitor can range from 100 pF to 1 nF, according to my experience, but obviously, the value changes from case to case.

Low-pass filters are usually parasitic capacitors between the cathode and PCB ground.

As in the previous example, transistors can also become unwanted AM demodulators. Let's consider the simple example of an emitter follower, as shown in Figure 5. 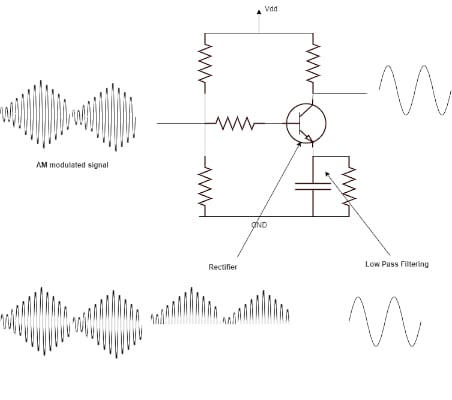 Figure 5. A simple transistor could become an unwanted AM demodulator.  Image used courtesy of Francisco Poderico

Figure 6. Here is a simple method to remove the demodulator.  Image used courtesy of Francisco Poderico

Looking at both examples above, one might ask: What about the tuning circuit?

This is an excellent question. Whenever we design an electronic circuit, we create unwanted resonators.

Resonating components include inductors, transformers, PCB traces (especially when the return current is not designed correctly), and so on.

Although we can minimize the effects of resonators on our board, we cannot eliminate them. In addition, if one of these unwanted resonators is located near one of the circuits above, the RF signal can feed the AM demodulator, resulting in the unwanted behavior described.

The next article in this series will examine how the technique can be extended to operational amplifiers and other ICs.