Researchers in Israel and the United States have focused on hydrogen solar fuel production to solve the problems associated with the conventional electrolysis process.

Experts believe a global energy transition should accelerate immediately to prevent climate disasters. Innovative energy systems are essential for such a transition and economic growth. Among other fuels, hydrogen is considered promising in achieving this goal. However, hydrogen production must also be emission-free. 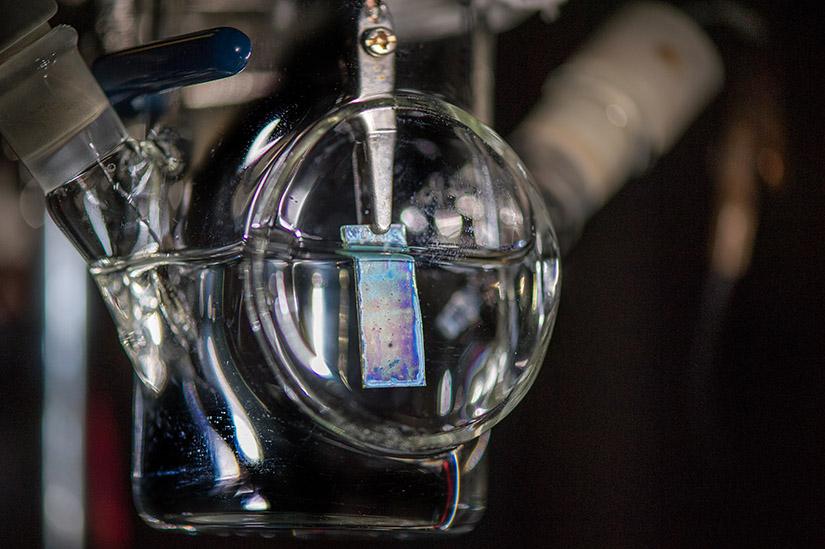 Although hydrogen is the most abundant element on Earth, it is not freely available as a molecule. It is found in water, natural gas, nuclear power, biomass, and renewable power, including solar and wind. Currently, hydrogen can be produced through several methods, among which electrolysis is the most common.

In the electrolytic process, water can split into oxygen and hydrogen if a high potential difference is applied. However, this is a time-consuming and energy-intensive process. Professor Arik Yochelis, an environmental physicist at Ben-Gurion University of the Negev, and Professor Avner Rothschild, a material scientist at Technion—Israel Institute of Technology, have reported a new way to reduce the invested electrical energy costs and speed up catalysis.

Yochelis and Rothschild mention in the journal Energy and Environmental Science that water splitting with the help of solar energy lowers the amount of electricity required to break the chemical bonds in the water molecule to produce hydrogen. This solar-driven process uses light as the agent and specialized semiconductors to separate water into hydrogen and oxygen.

Semiconductors have energy bandgaps and generate pairs of electrons and holes for absorbed photons that have higher energy than the bandgap energy of the semiconductor. This property is at the heart of photovoltaic devices.

In photoelectrochemistry (PEC), the electron-hole pairs drive a redox reaction (oxidation of metal-oxide anodes and reduction of cathodes) to produce hydrogen. However, the charge carriers recombine immediately. To reduce this recombination, a potential difference is applied, increasing the yield of light's conversion into chemical energy. This process is known as photoelectrocatalysis.

However, oxygen evolution requires photo-oxidation on metal-oxide photoanodes, which proceeds in a sequential way of four steps on an atomic reaction site, trapping holes while the hydroxide atoms change forms to maintain charge neutrality.

The researchers show theoretically and experimentally that two electrons simultaneously transferred at different reaction sites to reduce the energy barriers and trapping of holes.

Researchers monitored the potentiodynamic discharge characteristics of metastable oxidized intermediates in photo-oxidation reactions with the help of cathodic discharge waves. They found that the relative heights of the peaks reversed at long time delays before lowering the potential, which the sequential pathway of atoms cannot explain.

These results indicate parallel pathways. They carried this observation for hematite films of different thicknesses, doped with different elements, and with different substrates coated with various current collector materials at discrete temperatures. This suggests a general characteristic rather than being for a specific sample.

The researchers believe this study will lead to new breakthroughs in materials development and new processes to create clean hydrogen fuel.

The previous study suggests that PEC is still an emerging hydrogen production technique and needs much refinement. However, for further refinement, some standards for laboratories have to be created.

Measurements of the efficiency of the PEC process may differ drastically from different laboratories. Scientists at NREL and Berkeley Lab aim to guide how to best measure the efficiency of hydrogen production and provide standardized methods and practices.

These practices are verified by both laboratories via round-robin testing using the same testing hardware, PEC setup, photoelectrodes, and measurement methods. Their paper, published in Frontiers in Energy Research, provides a framework for conducting long-term stability experiments to achieve ultrahigh stability (lasting more than 10,000 hours) and efficiency greater than 15 percent.

These studies pave the path for PEC water-splitting to stand out as potentially one of the most sustainable routes to clean energy.