Drones and drone technology have zoomed beyond military and government applications to make deep forays into the private sector. Here are the most compelling drone innovations making headlines in 2022.

With a monotone whirring and a robotic, impassive sense of duty, unmanned aerial vehicles (UAVs), better know as drones, have been taking orders from military and government leaders since early in the 20th century. When a mission was deemed too “dull, dirty, or dangerous” for humans to conduct, these servants were on call to perform it successfully—without hesitation or protest. 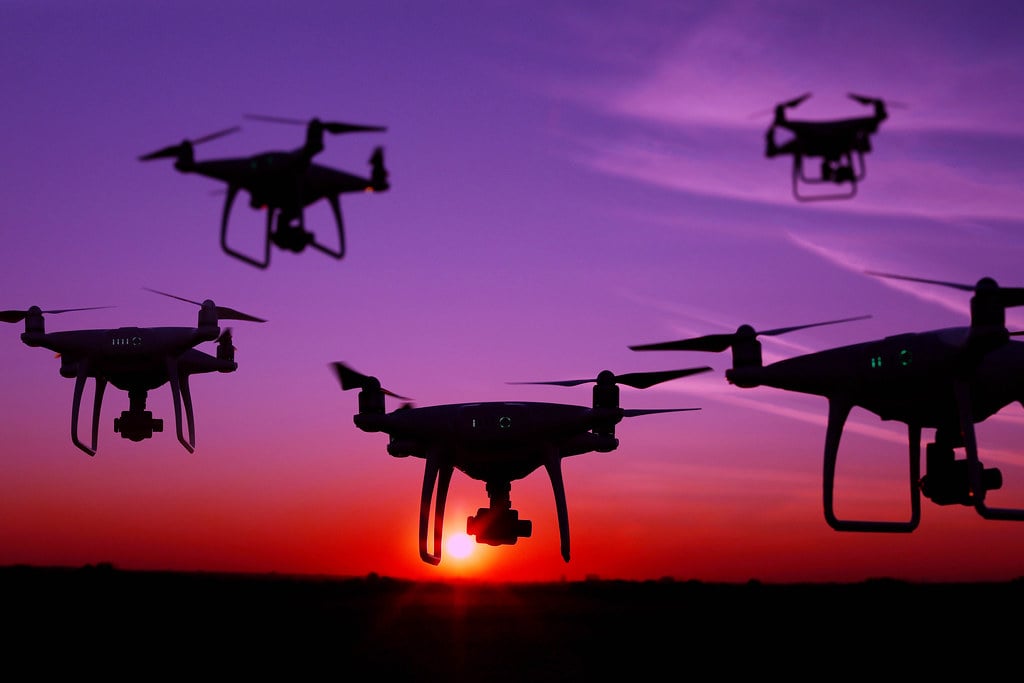 Five drones in the sky at sunset. Image used courtesy of Flickr

Yet when drone technology became more accessible, less regulated, and cheaper, the private and commercial sectors seized the tantalizing opportunities suddenly within reach.

Drones are aircraft that do not carry humans—pilots, crew, or passengers. Usually outfitted with a ground-based control system and some type of operator-to-drone communications, drones perform differently. A human may operate or pilot the craft by remote control, or it may operate autonomously in degrees from autopiloting to fully functioning without any human intervention.

Though drones had precursors conveyed by balloons and even guided by primitive radio remote control, the real genesis of drones took place in aviation's early days, on the high seas in the 1920s. According to Wikipedia, to test the accuracy of a naval battleship’s guns, these remotely flown crafts became the “skeet” to be shot and destroyed in the name of marksmanship. The military adopted the term UAV to apply to these drones, and the Federal Aviation Administration (FAA) still defines any uncrewed flying craft as a UAV regardless of size.

For several decades, the use of drones was restricted largely to military search-and-destroy forays and NASA’s exploration projects. Indeed, NASA is planning to probe the soil of Saturn’s moon Titan via a robotic rotorcraft called the Dragonfly.

A full-fledged transition came in April 2021 when the FAA relaxed its regulations covering the commercial use of small drones. The agency had previously forbidden drones to fly over people, fly at night, or be out of the operator’s sight unless a waiver was obtained.

More Industries Seeing Where Drones Can Take Them

Drones hover over the 2022 landscape, with their usefulness evolving exponentially in commercial and industrial sectors. Marketing and advertising companies quickly embraced the aerial photography and videos that drones could readily provide. Yet diverse industries such as mining, energy, and agriculture also joined the growing acceptance of these crafts for environmental assessments, construction and work site monitoring, and land surveying.

As 2022 draws to a close, innovation in commercial drone usage is poised to flourish in 2023. According to flyguys.com, aerial LiDAR (light detection and ranging) is a prominent trend being developed. From a drone, a laser pulse is sent to the ground. The amount of time it takes the light to return to the drone’s sensor is measured. This LiDAR data can establish three-dimensional point clouds for making maps or models and is invaluable for surveying or topographic map creation.

Another groundbreaking technology involving drones is the creation of digital twins. A virtual model of a physical object, this type of twin supplies a replica of the object: size, shape, color, temperature, and wall thickness. Twins indicate how the asset being modeled will perform; for example, a digital twin of a metal part can show how rust may form or where stress and heat could cause cracks. Drones supply 360-degree footage at close range, no matter how remote or inaccessible the asset is.

Emergency response greatly benefits from drone technology. In a disaster, drones can show the extent of damage, safe areas, and where to send rescue teams. Equipped with thermal cameras, drones are an essential ally in search-and-rescue missions, locating survivors in earthquakes or similar catastrophes. In Rwanda and Ghana, these crafts transported vaccines in challenging terrain. This trend is expected to become more prevalent.

The ubiquitous retail giant Amazon is testing Prime Air to deliver packages and products to customers. With this service, drones address the recent surge in delivery demand and the lack of delivery drivers by picking up the slack—and the packages—while improving safety and efficiency. Other companies are expected to follow Amazon’s lead. 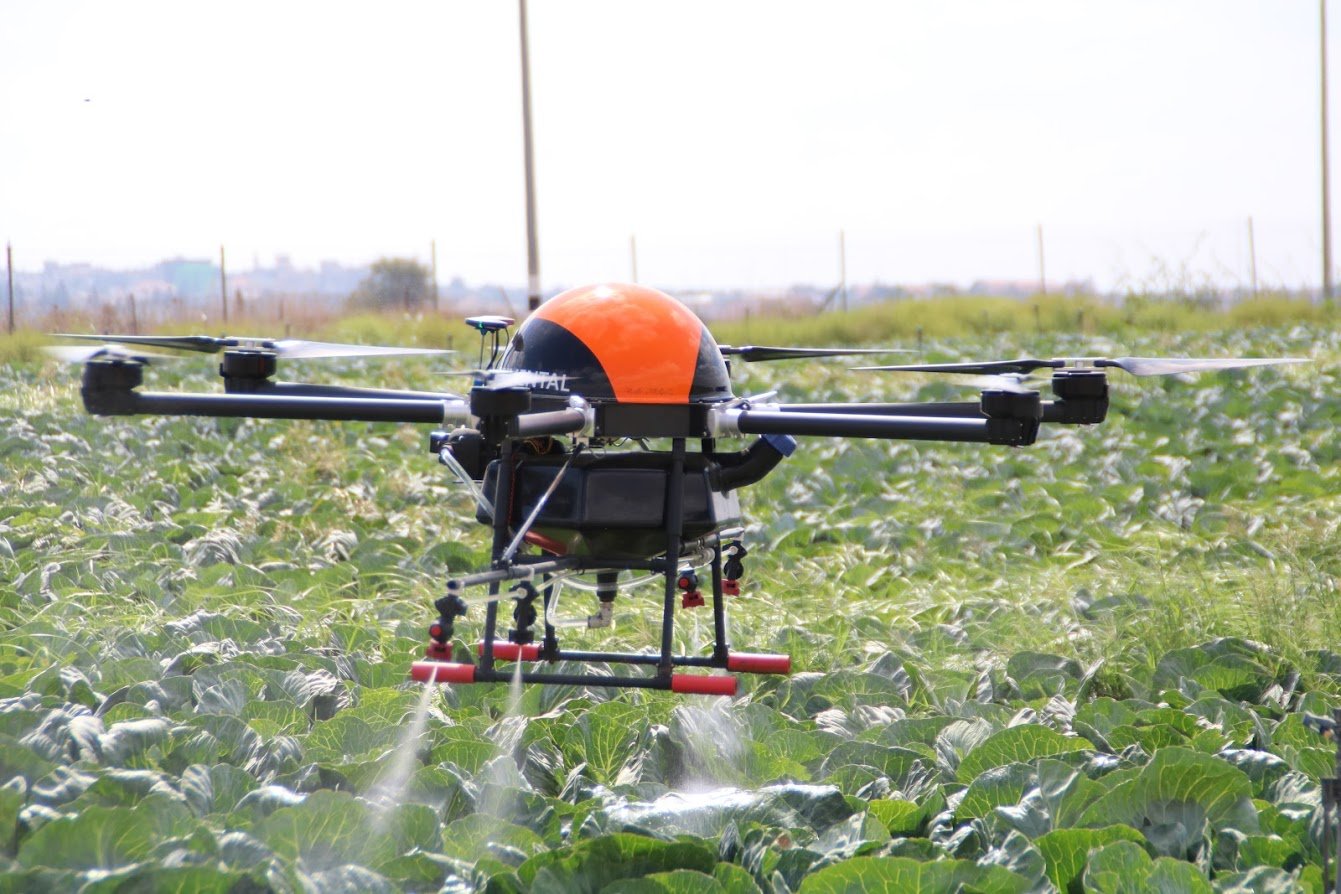 A drone intended for agricultural use. Image used courtesy of Wikimedia Commons

Long the norm for news reporting and traffic and accident coverage, helicopters, and traffic cameras are yielding to the drone to retrieve this footage. Providing the bird’s-eye perspective, drones can zip as low as necessary or soar to safe heights while doing their job. Since time, resources, and money are being saved, expect drones to make their presence known in the fourth estate.

Autonomous drones with thermographic imaging capabilities also can be the farmer’s helper. This is not just for traditional agriculture, where drones are already mapping regions, calculating crop yield or damage, and checking on livestock. According to www.analyticsinsight.net, it’s also for solar farms, which are gaining acceptance and often are located in remote areas. Almost nothing is too remote for a drone, which can monitor 24/7 for maintenance, temperature analysis, and malfunctions.

Most technical people have heard of “software-as-a-service” (SAAS). Drones-as-a-service is the latest embellishment on that concept, with businesses employing the craft to improve operational efficiency. By integrating software into an embedded system, drones can assist industries, including aviation, construction, and mining, to name a few. 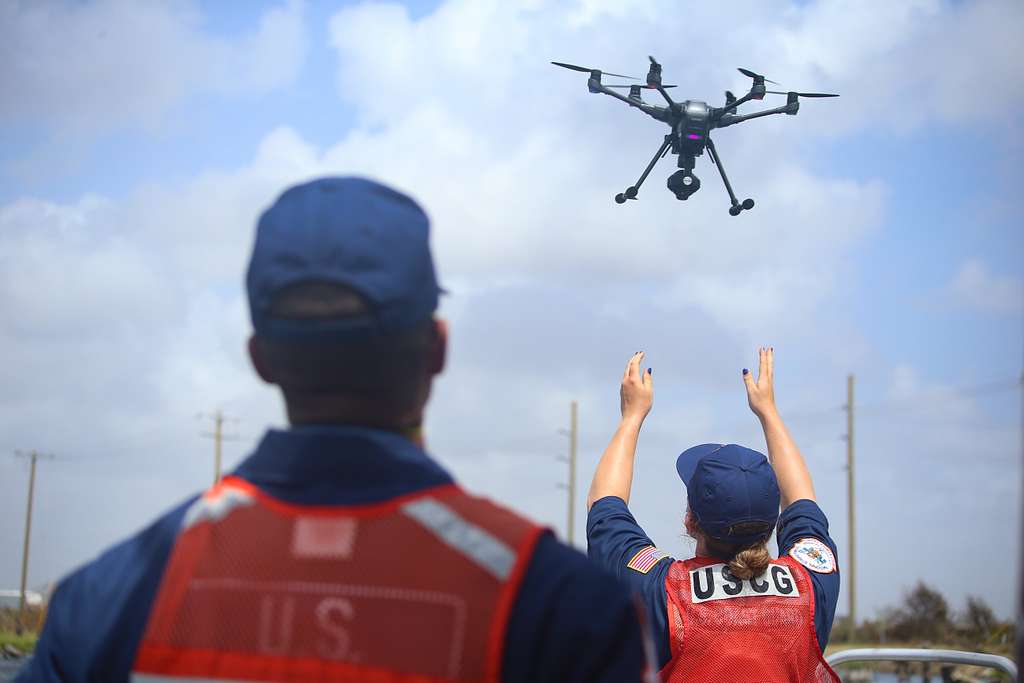 Law enforcement personnel have come to appreciate the value of a drone, enlisting their aid in surveillance, bomb threats, and hostage situations. The uncrewed crafts are employed extensively for data collection and threat prediction in these and other crime-related instances. This trend likely will spread going forward into the new year.

Now that government-imposed shackles are largely off, the drone industry expects these humming messengers of technological change to take off in 2023. New opportunities and unexplored arenas will beckon the providers of these crafts, and drones will increasingly become almost as common in the skies as any flying entity, natural or artificial.