LEGO bricks come in a wide range of colors—but it might be the company’s new green look that’s grabbing attention.

If you are a parent, you undoubtedly already know about LEGOs. In addition to the company’s ubiquitous plastic construction blocks, The LEGO Group has also branched into board and video games, films, and theme parks. The company is also on a path to transition to a zero-emission future. 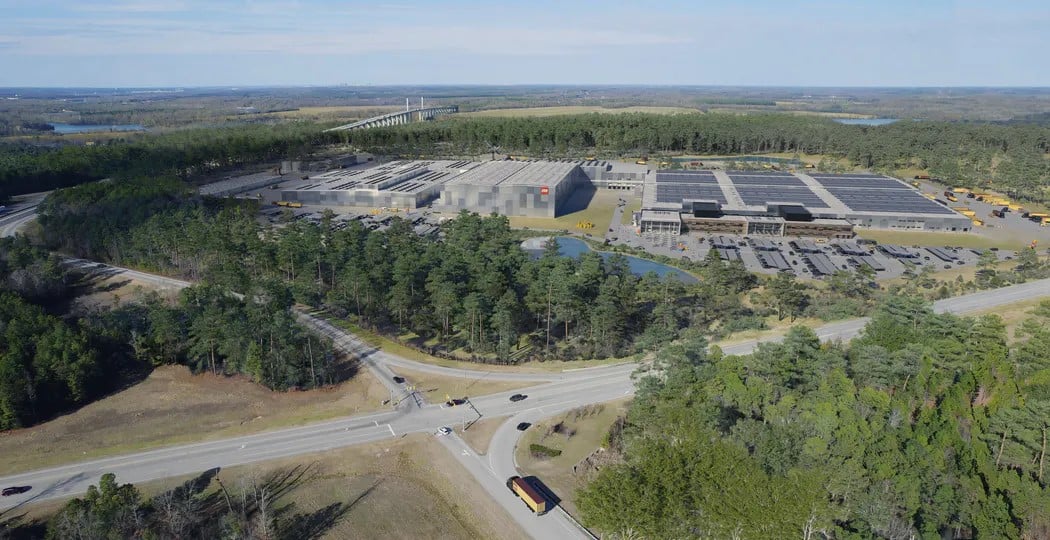 In mid-June, The LEGO Group announced its plans to build a new factory in Chesterfield County, Virginia, investing more than $1 billion in a 1.7 million square foot facility that will employ more than 1,760 people. Significantly, the factory is designed to operate as a carbon-neutral facility with 100 percent of its energy needs supplied by renewable energy generated by an onsite solar park.

LEGO got its start in Denmark, with carpenter Ole Kirk Christiansen making wooden toys in the 1930s. Following World War II, plastics became available in Denmark and the company purchased its first injection molding machine in 1947. After a fire in 1960, the company discontinued its wooden toys and concentrated on the plastic bricks for which it has become famous. According to sources, approximately 36 billion LEGO bricks are produced every year. The bricks are available in 53 colors.

The green factory that LEGO will bring online in Virginia will be the LEGO Group’s seventh factory worldwide and the second one in North America. The company has a manufacturing plant in Monterrey, Mexico that currently primarily supplies the US market—it will also be expanded and upgraded to meet the growing demand for LEGO products. 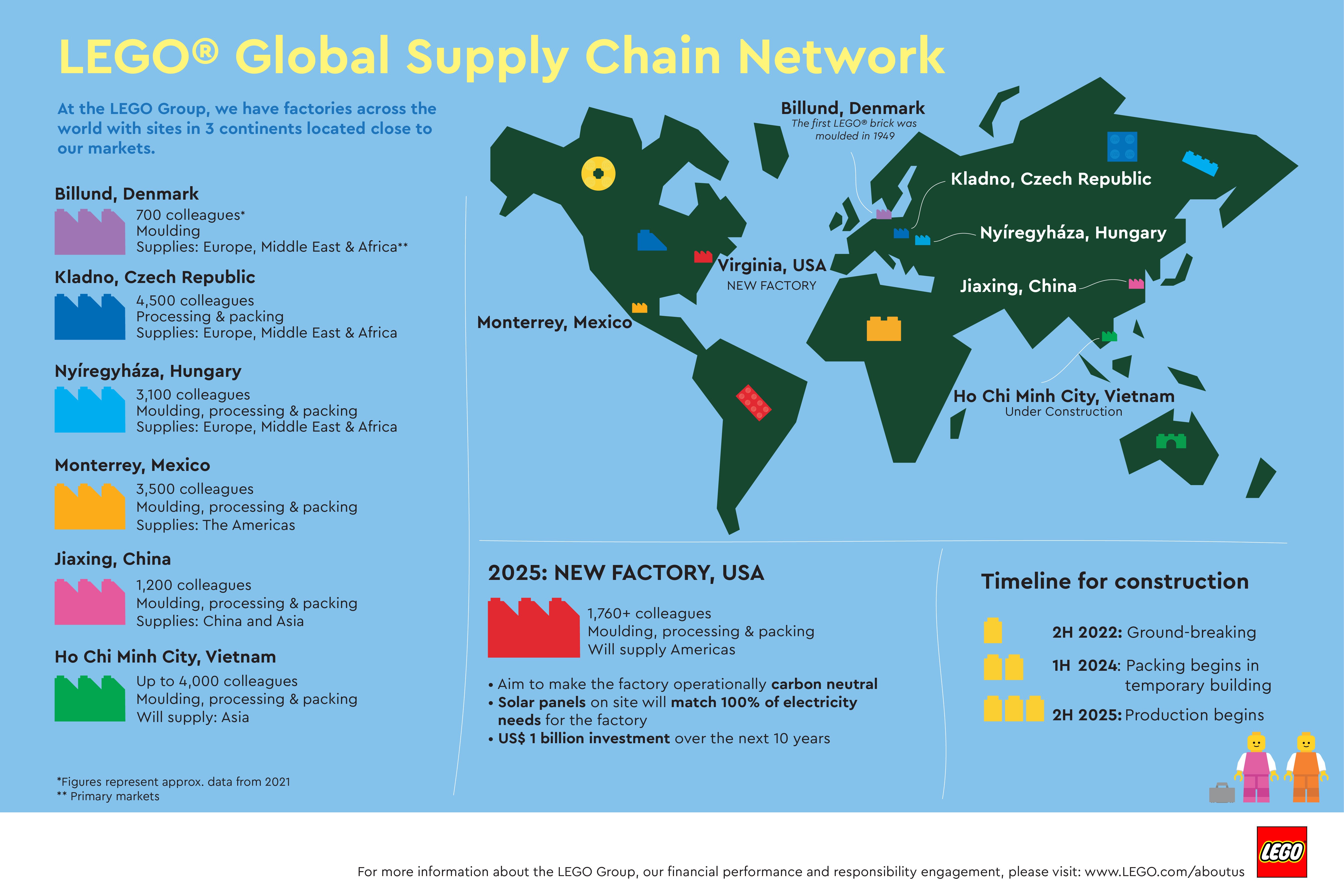 “This is an exciting step for The LEGO Group. More and more families are falling in love with LEGO building and we are looking forward to making LEGO bricks in the US, one of our largest markets,” said Niels B. Christiansen, CEO, of The LEGO Group in a company news release. “The location in Virginia allows us to build a solar park which supports our sustainability ambitions and provides easy links to country-wide transportation networks. We are also looking forward to creating fantastic employment opportunities for the people of Virginia.”

By manufacturing close to its markets, LEGO can reduce its carbon footprint. “Our factories are located close to our biggest markets which shortens the distance our products have to travel,” said Carsten Rasmussen, Chief Operations Officer, The LEGO Group. “This allows us to rapidly respond to changing consumer demand and helps manage our carbon footprint.”

Rasmussen added, “Our new factory in the US and expanded capacity at our existing site in Mexico means we will be able to best support long-term growth in the Americas. We are fortunate to find a location where we can begin construction quickly and create temporary capacity in under two years.”

The company has also announced that its factories in Europe and China are also expanding—previously in December 2021, The LEGO Group announced plans to build a factory in Vietnam, further supporting growth in Asia.

In the US, The LEGO Group currently employs approximately 2,600 people in the US and has a head office in Enfield, CT. The company operates 100 LEGO branded stores across the US.

Construction will begin on the Virginia plant in the fall of 2022, and production is expected to start there in the second half of 2025.

“Our bricks are made to last for generations, so we need skilled employees trained to work with precision molding technology,” said Rasmussen. “We look forward to working with the Virginia Talent Accelerator program to help build a great team who are motivated by our mission to inspire and develop the builders of tomorrow.”