This article describes a new design for nickel-iron Battolyser, a rechargeable battery made from nickel and iron oxide.

A university research team in the Netherlands has found a new purpose for Thomas Edison’s nickel-iron batteries as a way to help solve two challenges we face with renewable energy -- energy storage capacity and the production of clean fuel.

The Struggles of Renewable Energy Storage

The use of renewable energy sources has grown by over 90% since 2000. This increased use has allowed divestiture from the standard fossil fuel-powered grid and reduced the amount of greenhouse gasses (GHGs) regularly released into the atmosphere. In 2021, wind and solar generated more than 10% of global electricity, double the generation of 2015.

Despite their benefits, renewables present their own challenges. Solar and wind have extremely volatile daily and seasonal production. There can be an excess of energy produced during the day and in the summer but a dip in production at night and in the winter. To maintain consistent energy access at all times, a battery storage system is needed to hold the energy produced during peak sunlight and release it for use later. 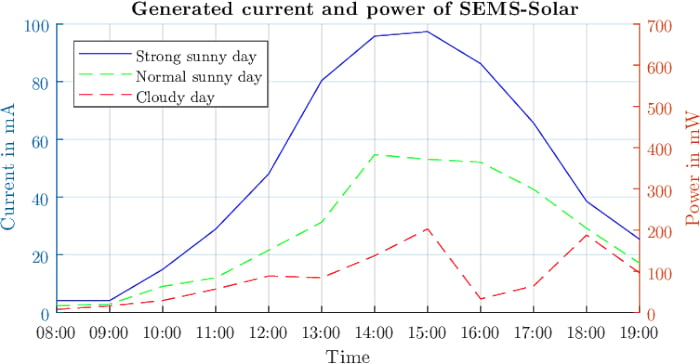 The batteries currently used to capture this energy — lead-acid and lithium-ion — also present some challenges. First, they are large and expensive. The more power storage needed, the larger the battery, and the more expensive it is. Despite the size, the batteries are limited in their long-term capacity. While lithium-ion batteries are a step up from lead-acid in terms of recharge capacity, both struggle with overheating and degradation without releasing any excess charge they hold. They also reduce their lifespan when deeply discharged, meaning they have to be replaced with some regularity.

These batteries are also made from metals like lead, lithium, cadmium, and mercury, which are all highly corrosive and toxic. While recycling strategies have improved, if disposed of improperly, these materials pose a threat to human and environmental health.

To increase contribution to sustainable goals, the batteries to harness renewable power must be efficient, easily sourced, and not environmentally harmful.

A Design Before Its Time

At the beginning of the 20th Century, Thomas Edison challenged himself to find a solution to improve the performance and storage capacity of the batteries used in electric vehicles (EVs). The first versions of rechargeable EVs were powered by lead-acid batteries, which were heavy and inconvenient.

Edison claimed his new nickel-iron batteries would charge twice as fast and be highly resilient. Unfortunately, it took him about a decade to refine the batteries, and by then, gas-powered cars had taken over the road. His batteries found a home in railroads and mines and were almost forgotten until recently.

In the mid-2010s, a group of scientists and engineers at Delft University of Technology in the Netherlands evolved the nickel-iron batteries into a creation they call the “battolyser.” When electricity passes through the battery as it is recharged, it releases hydrogen and oxygen in a reaction similar to electrolysis. Edison originally believed the hydrogen output was a safety concern for his product, but when used as an electrolyser and a battery, the battolyser provides an opportunity to capitalize on the possibilities of renewable energy. 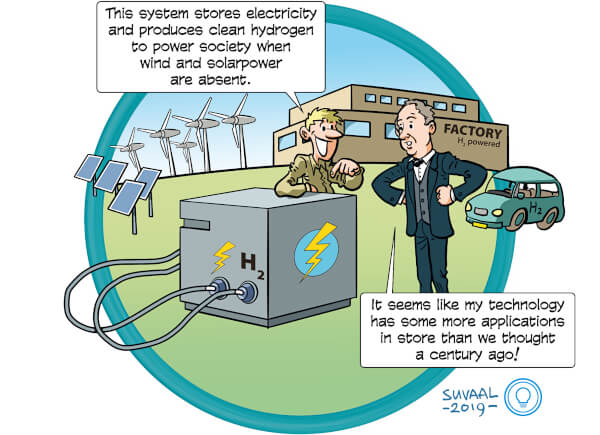 Unlike conventional batteries, the nickel-iron battolyser can hold a full charge without risk of overheating, it remains stable and can then be used to produce hydrogen for fuel. The high resiliency also allows them to withstand varying levels of charge and temperature better than other batteries. This means that when used to capture energy sourced from renewables, the battolyser could provide long-term energy storage and clean fuel production, even across seasons.

With more common manufacturing metals–nickel and iron–the battolyser also helps make renewable energy more affordable and profitable. The industry price of renewable energy fluctuates with supply and demand, and the fluctuation of supply is less predictable than the demand.

In terms of maintaining the batteries during use, the Delft University team has said that the batteries are extremely durable and low-maintenance. With their high recharge threshold, it is unlikely that these batteries would have to be replaced, further reducing lifetime costs.

Moving Forward With the Battolyser

The off-gas of hydrogen is not unique to the battolyser, other alkaline electrolysers can be joined with batteries to produce the same effect, but Mulder thinks the battolyser can do it for longer and at a lower cost.

As of 2021, the largest working battolyser is 15 kW/15 kWh, with enough battery capacity and hydrogen storage to power 1.5 households. The team is working on a 30 kW/30 kWh battolyser large enough to support the Eemshaven power station in the Netherlands. From there, they hope to bring the battolyser to green energy producers.

The challenges they are working to overcome are the efficiency and capacity of the device. Nickel-iron batteries have a high internal resistance which reduces the power capacity. Hopefully, we will see nickel-iron battolysers on a larger scale as the transition to renewables continues.