MIT researchers have found a simple way to increase the lifetimes of solid oxide fuel cells by changing the pH.

Using the chemical energy of gasses like hydrogen and methanol, fuel cells efficiently produce electricity. Fuel cells emit no harmful byproducts except heat and water. Also, they are unique in terms of their potential applications as they can provide power for a system as large as a utility power station and as small as a laptop. These advantages make fuel cells an attractive energy storage solution. Fuel cells in the electrolysis mode can efficiently convert energy from renewable sources to a chemical form such as hydrogen. They can later convert this fuel to electricity when the energy source is inactive.

Fuel cells made of solid metal oxides have gained significant research attention recently. In these fuel cells, the oxygen and metal oxide reaction plays a crucial role. Researchers worldwide have invested great efforts in optimizing metal oxide's performance. However, the commercial viability of these devices has been hampered as their performance degrades over time. Metal atoms seep through the interconnects used to form banks of fuel cells and deteriorate them over time.

Massachusetts Institute of Technology's (MIT) Department of Materials Science and Engineering researchers demonstrate that they can reverse the degradation and enhance the performance of metal oxide by controlling the pH of the air electrode interface. With this work, they overcome many limitations that hamper the widespread use of solid oxide fuel cells. 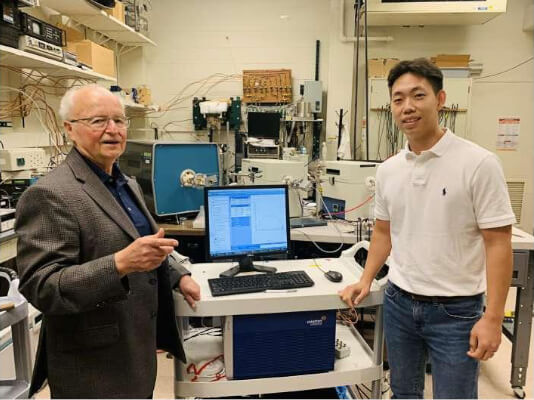 MIT Department of Materials Science and Engineering researchers can reverse the degradation and enhance the performance of metal oxide. Image used courtesy of MIT

A fuel cell comprises two electrodes, where the reactions occur, sandwiched around an electrode. During electrolysis, electricity from renewable energy sources is used to generate fuel like hydrogen. In the reverse fuel cell reaction, the fuel is supplied to the anode and air to the cathode. A catalyst at the anode, mostly platinum or platinum alloy, splits the fuel into protons and electrons. The electron travels through an extended circuit to create a flow of electricity. And protons migrate through the electrolyte to the cathode, uniting with oxygen and electrons to produce water and heat.

A fuel cell for practical applications comprises many individual cells stacked and connected by steel metal interconnects with chrome that prevents metal from oxidizing. However, at high temperatures, some of this chrome evaporates and seeps through the interface between the cathode and electrolyte, affecting the reaction. With time, the efficiency of the cell drops till it can't operate any longer.

The MIT researchers coated the cell cathode with lithium oxide to change the relative acidity of the electrode interface from being acidic to more basic. They were able to recover the initial performance of the degraded cell with this coating. They further report that they also observed performance improvements of 3 to 4 orders of magnitude as the lithium oxide coating populates the surface with electrons needed to drive the oxidation reaction. 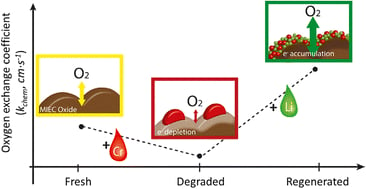 The researchers found that the lithium oxide effectively dissolves the chromium to form a glassy material that doesn’t affect the electrode performance.

They believe this work can also be applied to other technologies, including sensors, catalysts, and oxygen permeation-based reactors. They are now exploring the effect of pH on systems degraded by different materials like silica.