Semiconductor giant Analog Devices recently announced a new partnership to supply its wireless battery management system (wBMS) to U.K.-based automaker Lotus Cars. The wBMS will be integrated into Lotus’ new Lightweight Electric Vehicle Architecture, which will be the basis for all future EVs designed by the company. 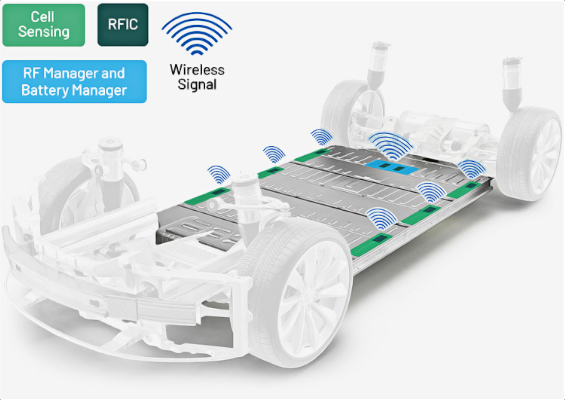 Analog Devices (or ADI) says its wBMS system reduces battery pack wiring by up to 90% and volume by 15%, while also improving design flexibility and manufacturability without sacrificing range and charge accuracy.

Lotus Cars’ director of propulsion and chassis engineering, Richard Lively, stated in the announcement that removing the wire harness offers a “lightweight solution that optimizes performance and is consistent with our brand of delivering powerful performance cars with exceptional handling.”

ADI’s wBMS was introduced in September 2020 to debut on General Motors’ Ultium battery-powered production EVs. Prior to that, the Massachusetts-based company expanded its BMS portfolio last May to include functional safety and continuous battery monitoring facilities. Separately, ADI’s precision BMS integrated circuits are used in Rimac’s high-performance supercars.

In an August earnings call, Analog Devices President and CEO Vincent Roche said that the third quarter was the first time the company recognized revenue for its wireless BMS solution as General Motors ships its first of 30 Ultium battery-powered EV models. Roche added that he expects ADI’s BMS technology to expand its reach as more original equipment manufacturers see the value in using wireless data to scale their fleets.

Roche also said that over the last two years, ADI has realigned its automotive business to focus on electrification and the in-cabin experience, adding, “We're seeing the benefits of this strategy as we continue to scale our market leadership in battery management, power management, audio systems, and connectivity.”