The move bolsters and diversifies Allegro’s extant portfolio of voltage, current and power sensors, as well as drivers.

In a bid to further its reach into the electric vehicle (EV) market, Allegro Microsystems last Tuesday announced it had entered into an agreement to acquire Heyday Integrated Circuits.

While Allegro bills itself as a “global leader” in the provision of energy-efficient power semiconductor solutions, and offers a wide array of sensor ICs and BLDC gate drivers, Heyday operates on a much smaller scale. Founded in 2014, the French startup is a privately-held enterprise focused on compact, fully integrated isolated gate drivers for high-voltage gallium nitride (GaN) and silicon carbide (SiC) wide-bandgap (WBG) semiconductor designs. 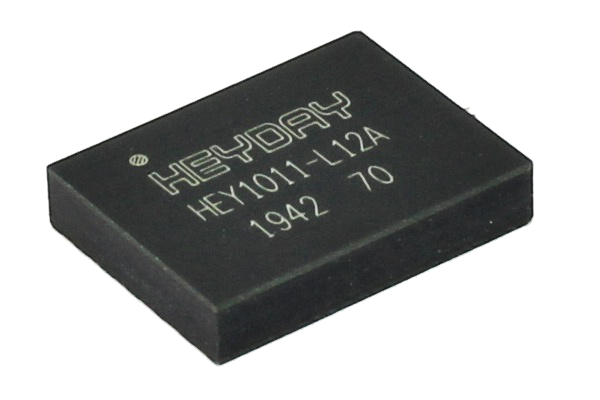 The HEY1011, a GaN FET driver offered by Heyday and described below. Image used courtesy of Heyday Integrated Circuits

At a cost of $19 million, Allegro plans to wield Heyday’s trademarked Power-Thru technology to engineer products that will enable its customers to design some of the smallest, most efficient high-voltage power systems available. In so doing, the company will enhance its penetration into markets it already serves, including EVs, solar, and charging infrastructure, Allegro said in its press release announcing the acquisition.

The companies expect the deal, subject to customary purchase price adjustments, to close in the third quarter of 2022.

Allegro offers robust lineups of current, position, and speed sensors, in addition to interface ICs, switches, latches, and photonics. Most of those sensors rely heavily on the Hall effect, a reflection of the voltage difference produced across an electrical conductor in response to a perpendicular magnetic field.

As for the automotive realm, particularly as it pertains to EVs, Allegro in October 2020 launched its first portfolio of 80 V, AEC-Q100 qualified gate drivers for 48 V automotive systems. The company has since released an interface IC for resistive bridge pressure sensors, a coreless hall-effect current sensor for use in high-voltage traction motor inverters, a gate driver IC aimed at fan and HVAC cooling systems, a giant magnetoresistance (GMR) crankshaft and camshaft sensor tandem, and two 50 V full-bridge gate drivers, all targeting various systems in full-electric and hybrid EVs. 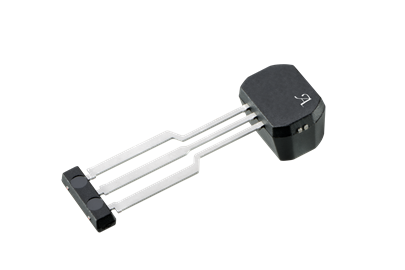 Now, with the acquisition of Heyday, Allegro will look to enhance those lineups through significant synergisms with the former’s driver technology.

In the company’s release, Allegro’s senior vice president of technology and products, Michael Doogue, made specific mention of Heyday’s Power-Thru technology as a driver behind the acquisition.

The crux of that technology is an isolation barrier, illustrated below, across which both the gate drive signal and the drive power are transferred. Heyday employs Power-Thru in its HEY1011, a single-channel isolated GaN FET driver that is complete in a single package.

The unit features an isolated output bias supply, eliminating the need for any external gate drive auxiliary bias supply or high-side bootstrap. This not only simplifies system design, but also reduces EMI through the resulting reduction in total common-mode (CM) capacitance.

The HEY1011 is suitable for use in all of today’s AC/DC and DC/DC converters, including totem-pole PFC, half-bridge and full-bridge, LLC, SR Drive, multi-level converters, and phase-shifted full-bridge. Automotive applications include EV chargers and motor drives. The unit will also serve industrial applications such as transportation and robotics, and grid infrastructure use cases including inverters.

Per Doogue, Allegro is seeking to aid its customers in streamlining system design.

“With high-powered GaN and SiC wide bandgap systems expected to grow significantly over the next decade, our customers are facing an exponential demand for simplified power management solutions,” Doogue said in a written statement. He goes on to explain high-voltage isolated gate drivers, such as those offered by Heyday, are vital to such solutions.