How did Broadcom get into Optocouplers? Part 2

How did Broadcom get into Optocouplers? Part 2

In June, on the heels of Broadcom’s announced acquisition of VMWare for $61B, EE Power looked at their optocoupler solutions for industrial and energy applications.

Traditionally known for the chips it manufactures for data center, networking, broadband and wireless applications, Broadcom also has an optocoupler portfolio that finds applications in industrial and energy use cases like wind and solar power generation, motor control and power supplies. But how did a networking chip company like Broadcom get into the optocoupler business?

To recap, an optocoupler is a component that provides optical isolation across a boundary, for example, the boundary between high and low voltage planes in motor/generator applications where low voltage control signals need to safely interact with high voltage main power.

The basics of an optocoupler are an integrated LED emitter and diode detector that pass signals across an internal isolation barrier with the desired creepage and clearance characteristics sufficient to meet the insulation requirements of the end application.

The History Behind Broadcom

The history behind the current iteration of Broadcom, Inc. is quite interesting. The company has its roots as the semiconductor division of Hewlett Packard, formed in 1961 and operated successfully within HP for nearly three decades.

In the 1970s, the division introduced the first fiber optic transmitters and receivers for data communications. This division later separated from HP as part of the Agilent Technologies IPO spin-off in 1999 at the height of the .com bubble.

In 2004, the division now known as Agilent Technologies Semiconductor Products Group (SPG) shipped its ten millionth lead-free optocoupler in its first year of availability.  Agilent sold its SPG unit to private equity (KKR and Silver Lake Partners) in 2005, who reformed the entity as Avago Technologies.

Avago maneuvered through a series of acquisitions following the financial crisis of 2008, including the acquisition of Broadcom Corporation in 2016. The resulting entity was named Broadcom Ltd. (now Broadcom Inc., relocated to the U.S. in 2018). The original Broadcom Corporation was founded in 1991 by a professor and student from UCLA as a fabless manufacturer of chip solutions for wireless and broadband applications. 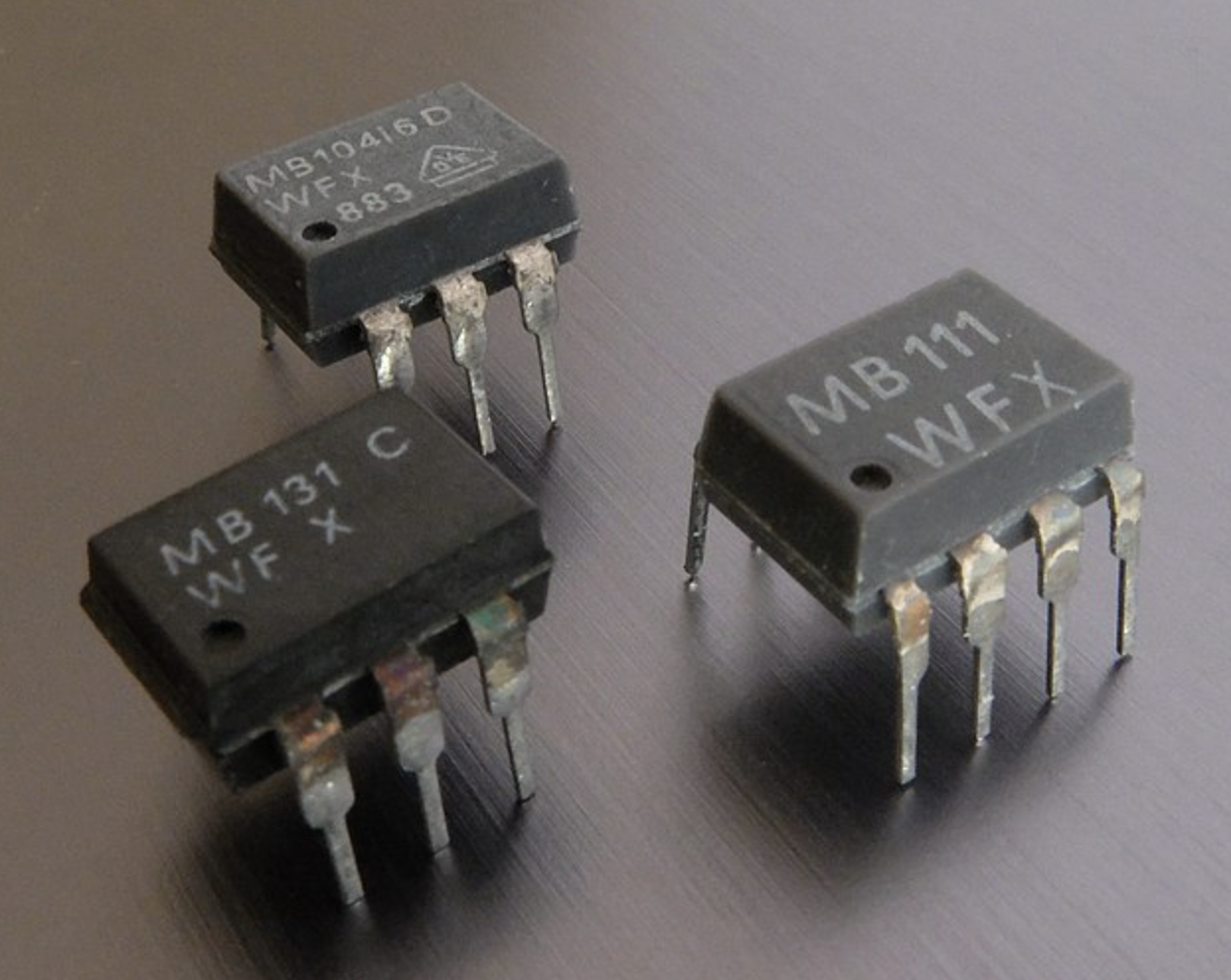 In Part 1, we reviewed optocoupler applications in solar and wind power systems where these components play a key role in isolating the control signals needed for the operation of the main power inverters. Similarly, optocouplers are critical to many isolated power supply architectures. They allow output voltage and load current signals to be transmitted across the transformer isolation boundary to the PWM and other control circuitry.

Sensing and transmitting secondary load side parameters without compromising isolation design requirements can be a big advantage in optimizing the performance of a supply. Sensing and accommodating load variations, rapid response to transient conditions, and maintaining adequate voltage and current regulation per the end application's needs are all critical benefits enabled by opto-isolated feedback. 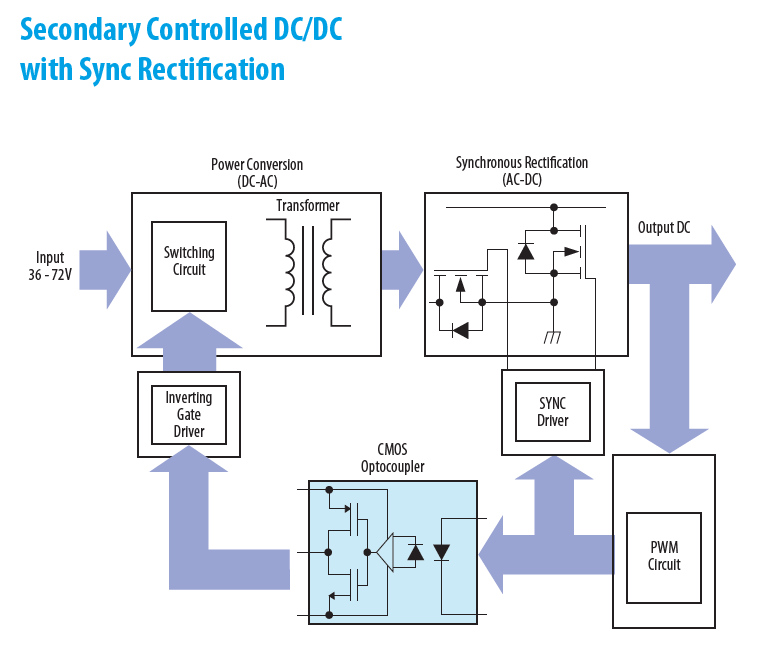 While the history of the Broadcom optocoupler portfolio extends back to the late 20th century, it very much remains relevant to the present and future of Broadcom Inc. as it positions its larger portfolio of semiconductor and software products to address the needs of emerging industrial markets. 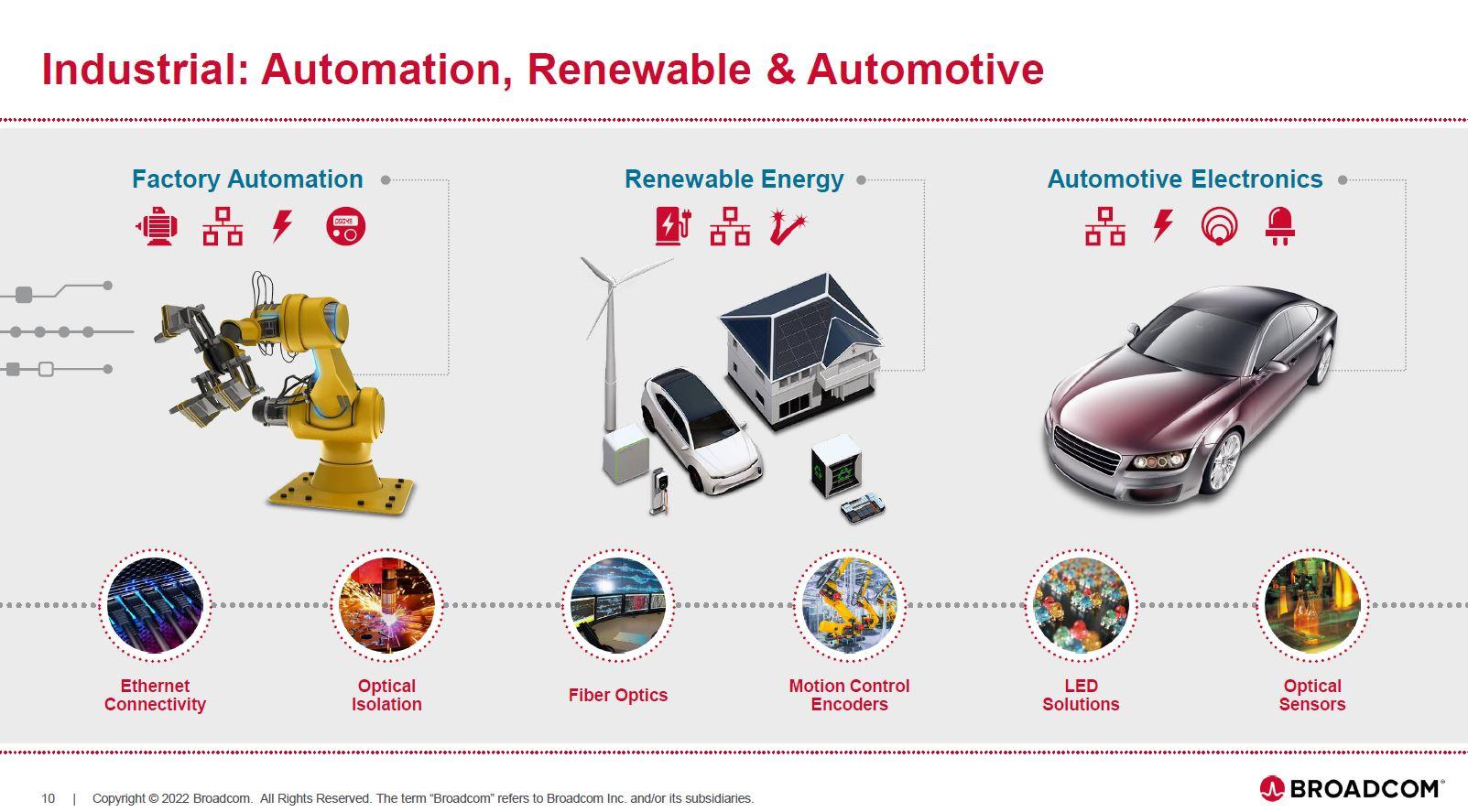