magniX is a company with the of energy-efficient, sustainable electric-powered aircraft. Another electric aviation-centered company, AeroTEC focuses on aerospace design, engineering, testing, prototype manufacturing, and certification to enhance product development. Recently the two companies announced the first successful flight of an iconic eCaravan, the all-electric plane.

The aircraft incorporates magniX hardware in the form of the magni500 propulsion system to provide 750-horsepower (560kW). The eCaravan’s first flight took place at the AeroTEC Flight Test Center at the Grant County International Airport (KMWH) in Moses Lake, Washington. 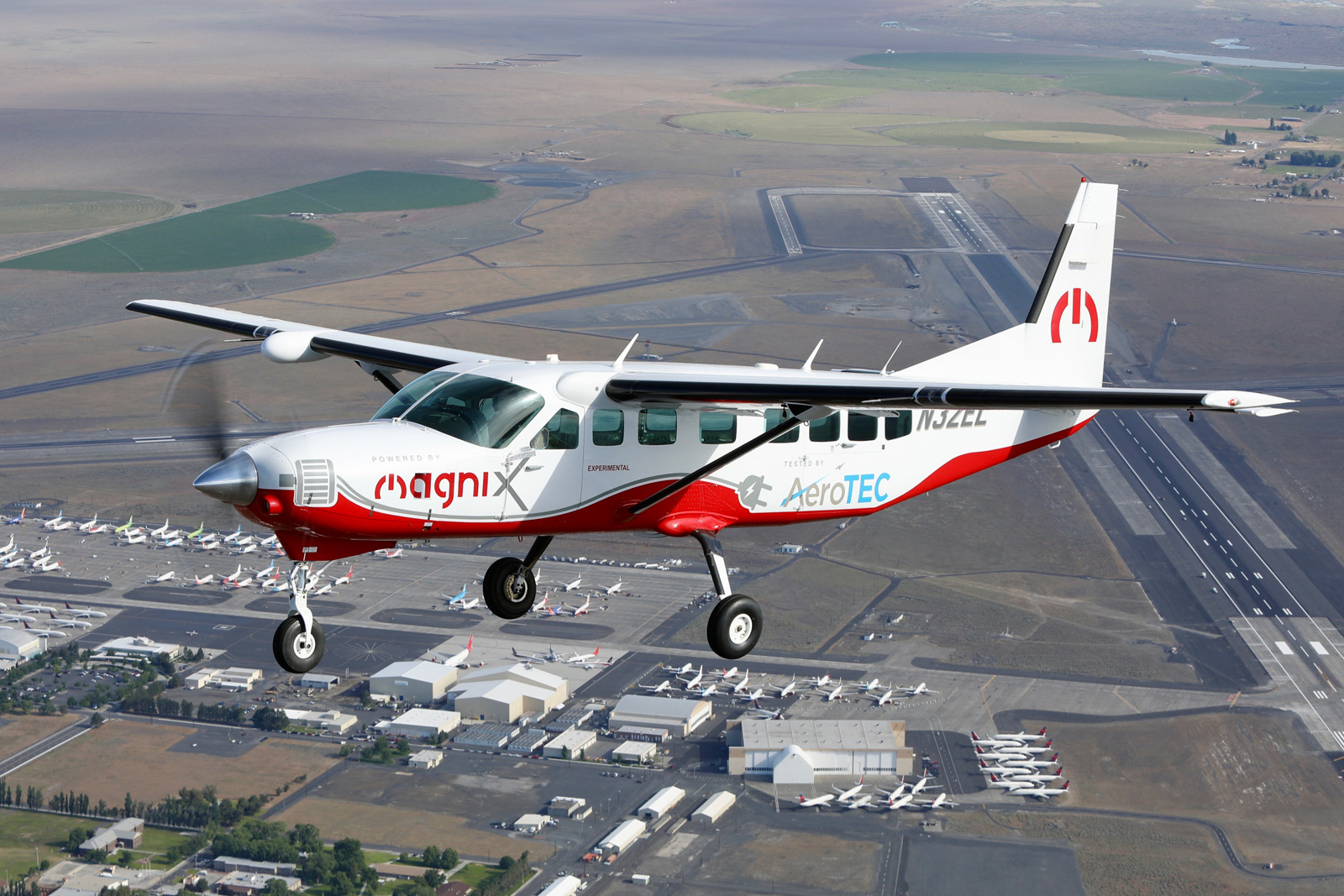 The all-electric Cessna Grand Caravan 208B. Image courtesy of magniX.

“This first flight of the eCaravan is yet another step on the road to operating these middle-mile aircraft at a fraction of the cost, with zero emissions, from and to smaller airports. These electric commercial aircraft will enable the offering of flying services of people and packages in a way previously not possible,” said Roei Ganzarski, CEO of magniX in a news release.

If a fault like a short circuit were to occur, one 3-phase section of the aircraft can be turned off to provide the pilot with 75% full power. The motor of the system is resilient to increasing altitude, with torque available even at low (1900) RPM. Additionally, the motor features an advanced thermal performance with an integrated liquid cooling system. Mounting points are configurable and replaceable to suit the requirements for operators and OEMs. A direct motor-to-propeller connection was purposefully incorporated into the design of the propulsion system so that a heavy maintenance-prone gearbox would not be needed.

The magni500 is not only suitable for retrofitting “Middle-Mile” aircraft like the Cessna Caravan, but the Beaver, King Air, Otters, and more. Clean-sheet electric aircraft designs can also be set up with this motor either as stand-alone propulsion or within a larger multi-motor aircraft.

Other companies have trialed their own prototypes using Cessna aircraft, with the aim of balancing the weight of the aircraft with a battery of sufficient power to be able to carry a respectable number of passengers for commercial services. Ganzarski described the Cessna as a workhouse for industry, which has been ferrying people and goods along short distance routes for many years. The new eCaravan will be a revolutionary means of transport and sets the course for more sustainable and economic electric-powered aviation for the future.