A research team of physicists at the University of Colorado Boulder found the reason behind the fast cooling of ultra-small heat sources when packed closer together.

Overheating in electronic devices can be a significant issue. With the miniaturization revolution, and the race to make smaller and smaller devices to operate technological developments, the heat transfer in the nano-scale has become an incredibly important topic of research.

Researchers from CU Boulder have found that heat is transferred faster when heat sources are packed closer to each other and discovered the physics behind this phenomenon.

“Often heat is a challenging consideration in designing electronics. You build a device then discover that it’s heating up faster than desired,” said study co-author Joshua Knobloch, postdoctoral research associate at JILA, a joint research institute between CU Boulder and the National Institute of Standards and Technology (NIST). “Our goal is to understand the fundamental physics involved so we can engineer future devices to efficiently manage the flow of heat.”

In 2015, researchers from JILA were testing ultra-thin metal bars on a silicon base. The heat dissipation of the bars was unreasonably efficient. Further research was important to explain this phenomenon.

“They behaved very counterintuitively,” Knobloch said. “These nano-scale heat sources do not usually dissipate heat efficiently. But if you pack them close together, they cool down much more quickly.” 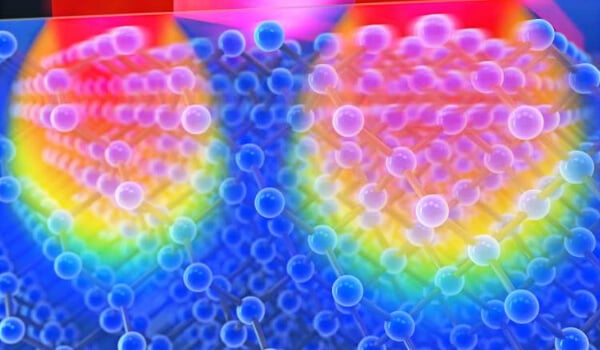 Even though heat dissipation from heat sources in the nano-scale is experimentally proven as nondiffusive. There was no theoretical explanation of the mechanism lying behind it. In the new study, the researchers placed nano-sized silicon bars close together, then used the RMACC Summit Supercomputer, a heterogeneous supercomputing cluster with a high processing power and storage capacity, to simulate and observe the heat passage within the bars.

The research team joined forces with a team specialized in simulating the motion of the vibrational energy due to the oscillation of atoms. The simulation team led by Mahmoud Hussein, professor in Ann and H.J. Smead Department of Aerospace Engineering Sciences ensured that the behavior of every atom in the model is observed.

“We were pushing the limits of memory of the Summit Supercomputer at CU Boulder,” Knobloch said. 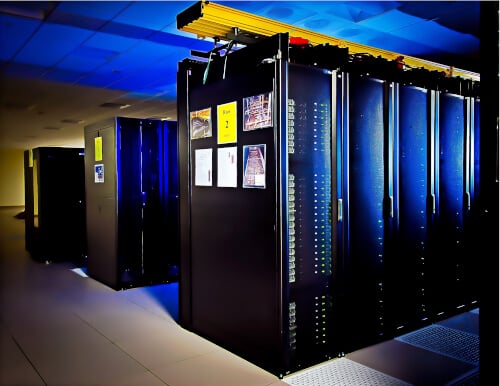 An Image of the RMACC Summit supercomputer. Image Courtesy of CU Boulder

The researchers simulated the model operating in two states.

In the first state, the silicon bars were placed relatively far apart. Here the heat is transferred predictably. The energy dissipated in all directions.

In the second state, the silicon bars were placed closer together. The heat escaping the bars was no longer predictable. This caused a new phenomenon, the researchers observed that the energy was forced to flow uniformly away from the sources. The researchers called this phenomenon "Direction Thermal Channeling".

“This phenomenon increases the transport of heat down into the substrate and away from the heat sources,” Knobloch said.

This discovery could help engineers aim the heat flow into a specified channel. In other words, energy could be directed in the path that engineers find the most suitable for example in an electronic device.

The research was supported by the STROBE National Science Foundation Science and Technology Center on Real-Time Functional Imaging.