The new compact SMT power chokes feature inductances ranging from 1.0 to 30µH and saturation currents extending from 10.3 to 40.4 ADC 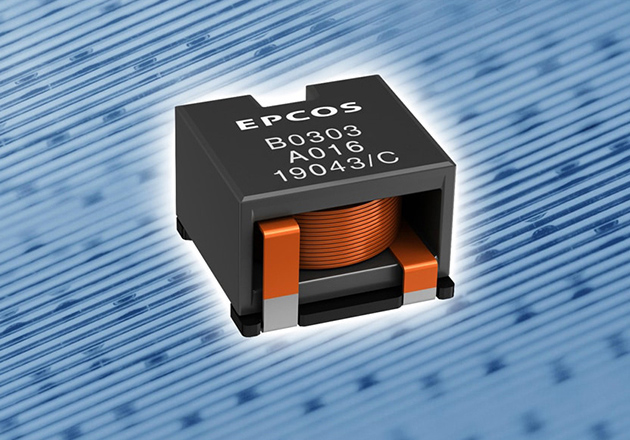 TDK’s ten member B82559B*A016 series represent the latest addition to the company’s line of EPCOS ERU SMT power inductors. Notable for their small size, the new units take up 17.3 x 16.5 mm of board space. Insertion heights are 7.55mm from 11.1mm, with heights varying with inductances.

The low profile of this series of inductors is made possible by its flat rectangular helical winding technology. Flat windings serve to lower losses within the inductors, and also to lower DC resistance, which for the B82559B*A016 series are from between 1 and 15.4 milliohms.

Construction Specifics for the B82559B*A016 Series

Specification for members of the B82559B*A016 series

Saturation Current: Current that will cause an approximately 20% drop in the inductance

Rated Current: Current that will cause a change of 40°K of self heating measured from room temperature

The relationship between current, inductance and self heating is of critical importance to designers. These relationships are separately graphed for each of the ten members of the new series in the data sheet.

The temperature rise vs. current is measured from a base of 25℃, with the measurement being made after current is applied for one half of an hour. This measurement is made on the top of an inductor that has been mounted on a PCB, with no forced air cooling.