Within the span of two weeks, Bourns last month both introduced and expanded a new line of high-power fuses dubbed "POWrFuse."

On June 16, the company announced the family with two series of photovoltaic (class gPV) power fuses that adhere to the critical UL 248 and IEC 60269 standards.

Then on June 30, Bourns unveiled two additional fuse series specced to provide overcurrent protection for sensitive power semiconductor devices. As such, these later fuses have been specially designed to meet the UL 248-13 semiconductor (class aR) standard. 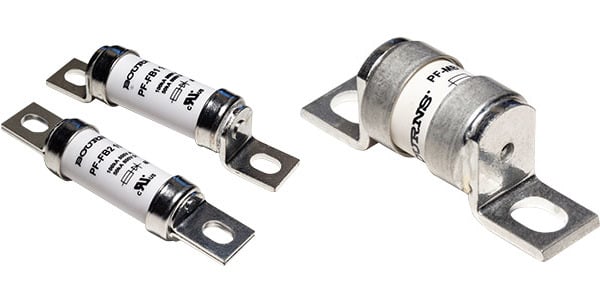 The ins and outs of fuses are much more involved than many designers realize, so before we delve into specifics, let’s zero in on some oft-overlooked standards and what they mean.

The Amperage Rating is simply the current at which the fuse self-destructs, ending the flow of electricity to the device under the fuse’s protection. This rating is always subject to variations and conditions described in great detail in the fuse’s data sheet.

The Interrupt Rating is a far greater amount of current—usually an order of magnitude or two—then that specified by the amperage rating. If the fuse is presented with a current corresponding to the interrupt rating, it will not only break the path of current conduction, but might also cause a fire or an explosion.

Thus, in choosing a fuse, it is incumbent on the engineer to ensure that in all cases currents challenging the interrupt rating will never pass through it.

Per Bourns’ announcement release, the first members of its photovoltaic (class gPV) power fuse product line are purposed to protect solar photovoltaic power systems that must operate under conditions of extreme ambient temperatures, high-cycling, and low-level fault current conditions. In addition to outdoor photovoltaic use cases, they are applicable to a range of industrial, power supply, and battery management system (BMS) applications. 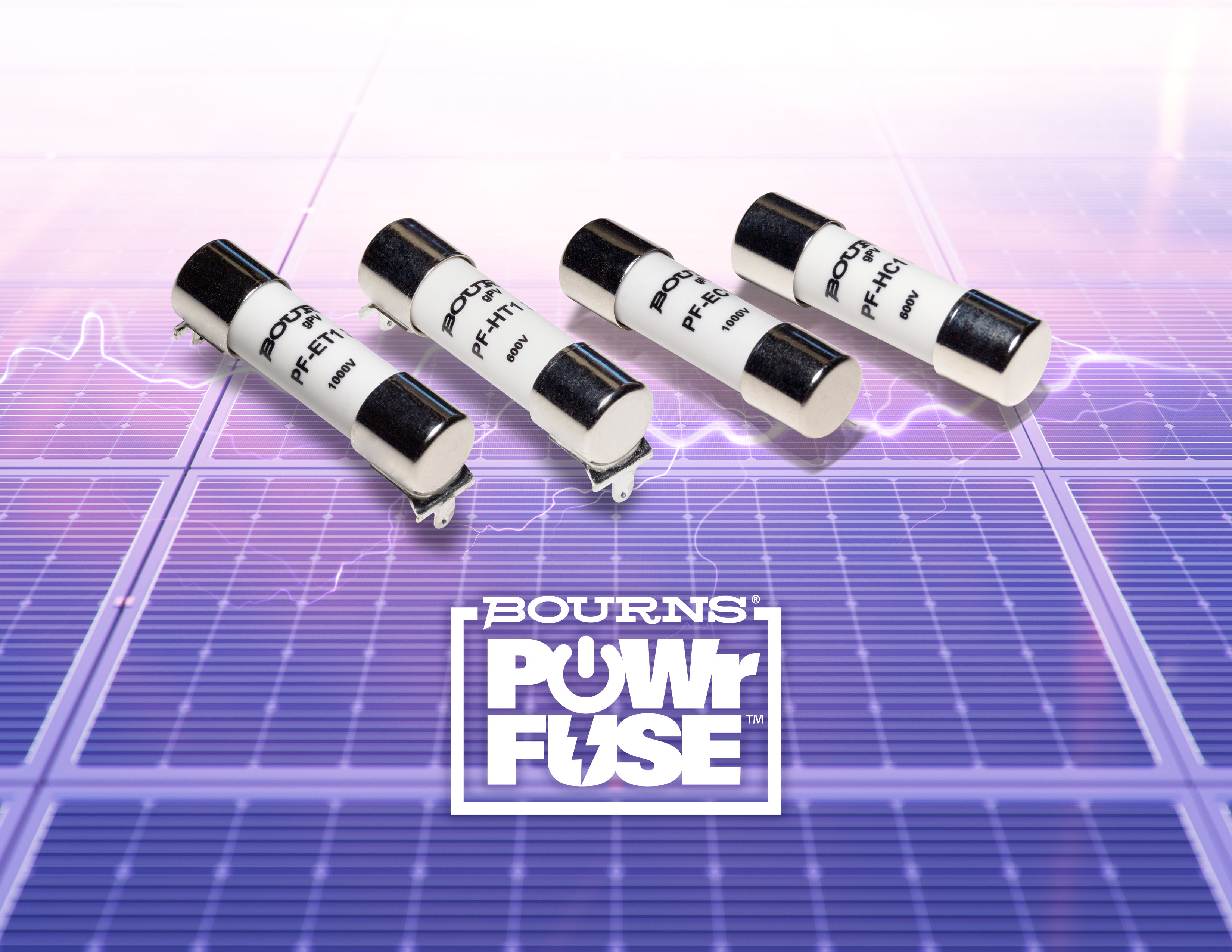 Members of each series feature amperage ratings from 15 to 30 A, are available with ferrule or PCB mounting options, and are both RoHS-compliant and halogen-free.  All units operate over a temperature range of -55 to +125 °C. Package sizes are 10 x 38 mm (diameter by length).

Members are designed to the UL 248-19 (gPV) photovoltaic fuse standard, and can operate with voltages of 1000 VDC. Interrupt ratings are 20 kiloamps. 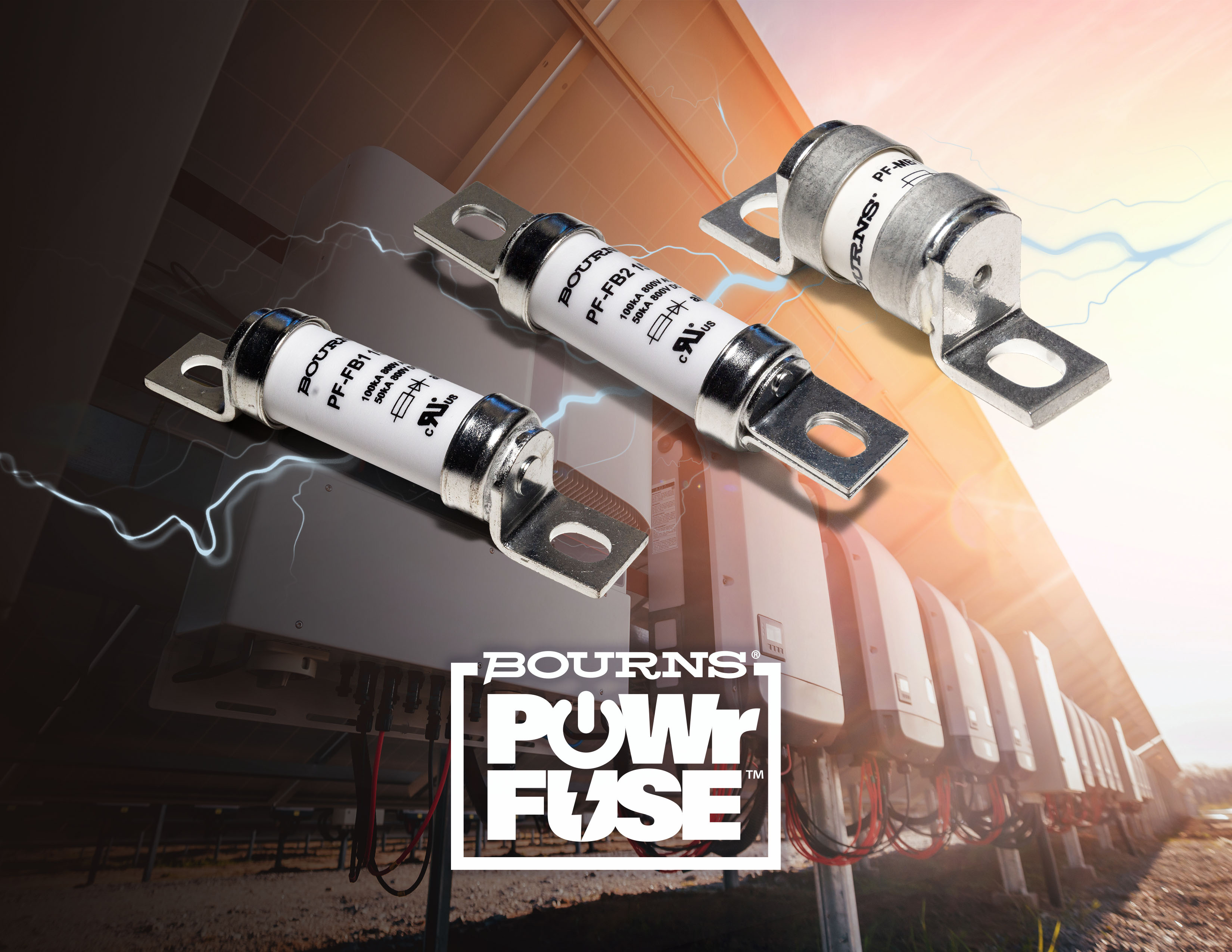 They are appropriate choices, as mentioned above, for the protection of sensitive power semiconductor devices against overcurrent events in applications including: power inverters or converters, rectifiers, AC/DC drives, UPS systems, and reduced voltage motor starters.

The first two series in this semiconductor class are the PF-F and the PF-M. Members of both series are bolt-mounted, UL-recognized, and operate over a temperature range of -55 to +125 ℃.

Units feature amperage ratings running between 50 and 180 A. These fuses can handle 240 VAC or 150 VDC, with interrupt ratings at 160 kA and 50 kA, respectively.