As a response to high demands from the market for higher current inrush current limiters, Mean Well has released the ICL-28R/L series that can support higher current ratings than the previously-released ICL-16R/L, allowing more ac-dc power supplies and larger capacitive loads to be installed on a single circuit breaker.

Additionally, in order to satisfy installation requirements of different applications, Mean Well has added both the DIN rail type ICL-28R and the linear type ICL-28L for installation flexibility.

Summary of Features and Specifications

Since Mean Well released its first ac inrush current limiter in April 2019, the ICL-16R/L (16A) helped solve headaches of many end system designers regarding ac breakers. When the ac power system powers on a capacitive or inductive load, such as switching power supply, there is a temporary inrush current peak, which may cause ac circuit breakers to trip even though the continuous current draw is well below the breaker ratings. 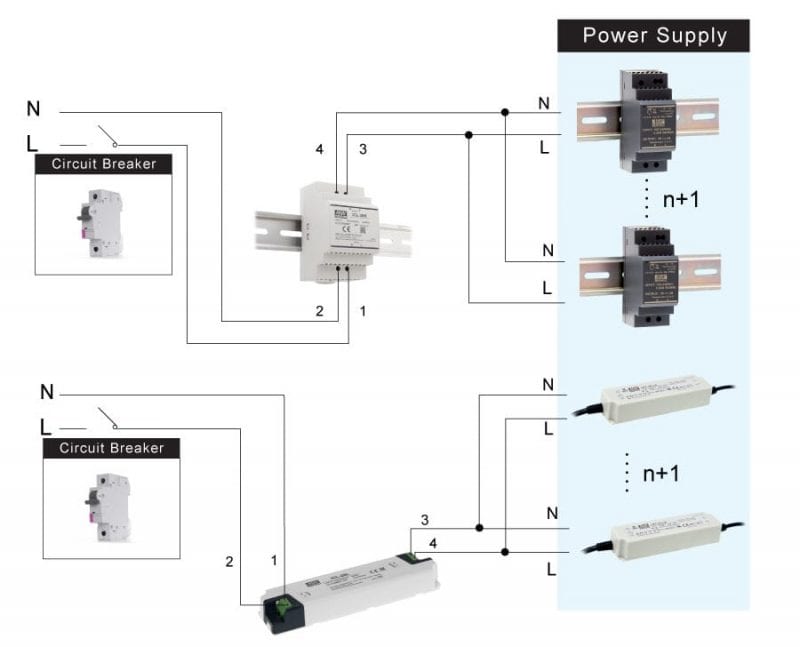