In its LabNews publication in late July, Sandia touted Twistact as a “novel approach to transmitting electrical current between a stationary and rotating frame, or between two rotating assemblies having different speeds or rotational direction.” 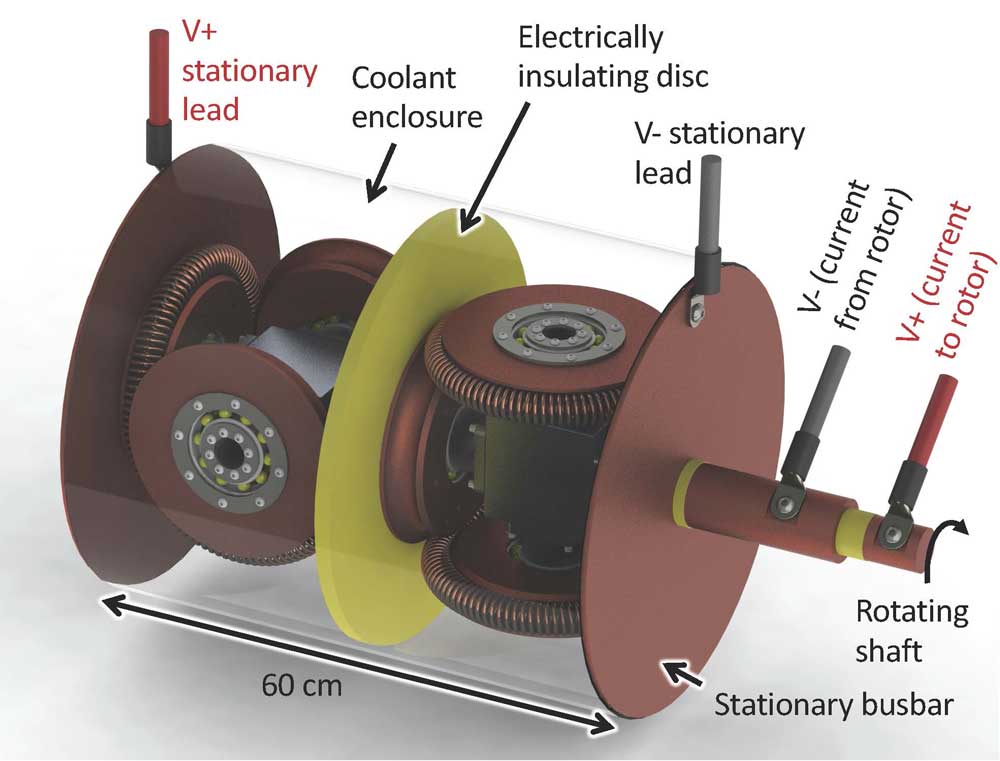 As a result, the technology finds easy application in direct-drive wind turbines, which have fewer moving parts than regular gearbox-connected generators.

Sandia says it plans to partner with generator manufacturers and other renewable energy firms to transfer the technology for direct-drive systems.

In addition to its headquarters in New Mexico, Sandia runs two other national laboratories in California and Hawaii as part of its contract with the U.S. National Nuclear Security Administration (NNSA), an agency in the Department of Energy (DOE). In 2021, the DOE provided over $3.1 billion in funding for Sandia, and the NNSA supplied another $2.7 billion.

Twistact is one of many Sandia projects ready to exit the R&D stage and enter the commercial market.

Over the last decade, the project’s engineers developed a rare-earth-magnet-free device capable of surviving the 30-year service cycle of a multi-megawatt turbine, without any maintenance or replacement. In a 2018 report outlining Twistact’s viability for commercial applications, Sandia said the device could survive over 50 million rotation cycles through three decades, spanning the lifetime of a direct-drive wind turbine generator.

“I started thinking that maybe not every conceivable rotary electrical contact architecture has been thought of yet,” Koplow said. “We spent a lot of time considering if there was another plausible way.” 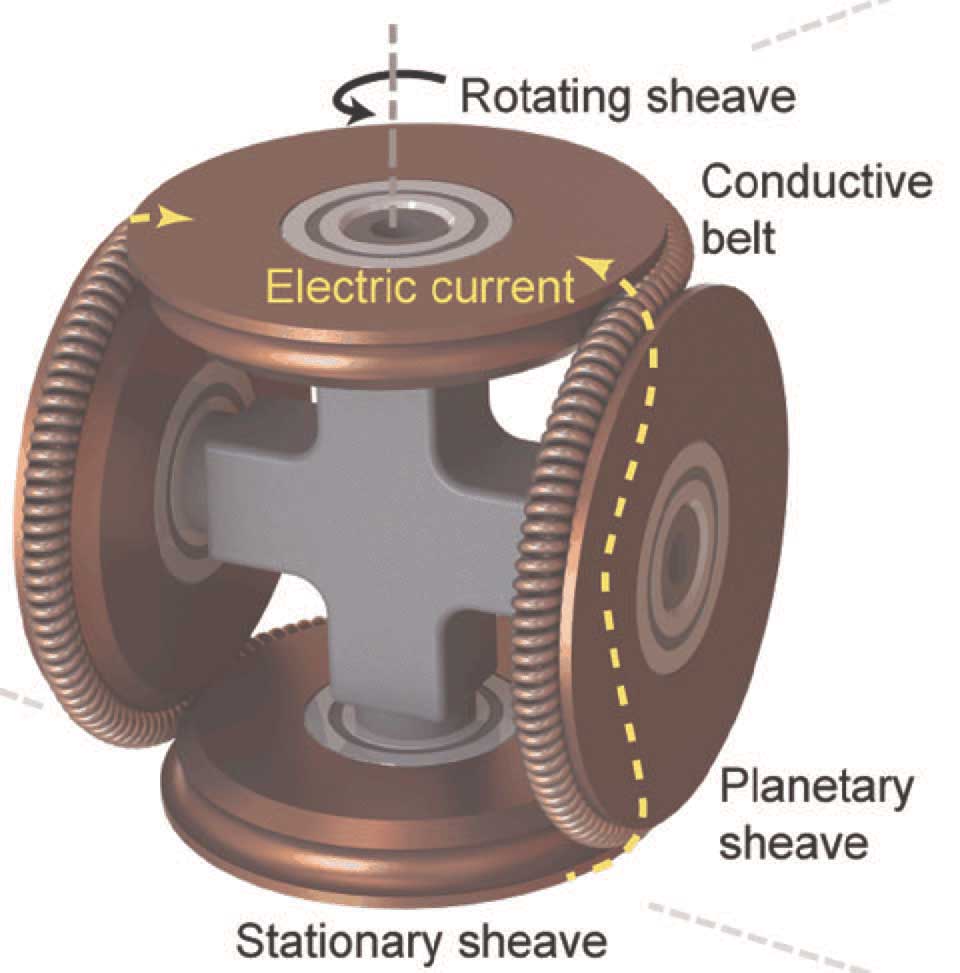 After developing the concept, Sandia patented its Twistact technology in 2013.

Twistact’s main selling point is that it pushes the limits of existing turbines, which often feature sliding contact and electrical arcing processes that degrade over time, meaning more maintenance and shorter lifecycles.

Billed as a replacement of industry-standard brush/slip-ring hardware, Twistact provides a rolling contact design so the electrical current spends less time on the belt while transferring from a stationary frame to a rotating one.

Sandia says Twistact could also fit a range of applications outside of wind turbines, such as synchronous motors and generators, electrified railways, and radio towers.

A techno-economic analysis released in 2017 from the National Renewable Energy Laboratory found that a wire-wound rotor and Twistact module can viably replace rare-earth magnets in a 10-megawatt direct-drive wind turbine, all without sacrificing efficiency or raising costs. Though the cost savings found in the study were relatively modest, Twistact still added the benefit of mitigating supply chain risks for rare-earth elements.

Rare-earth magnets such as neodymium and dysprosium are a core component of utility-scale wind turbines. But the rare-earth market is notoriously subject to price fluctuations and supply shortages.

The price of neodymium, of which China is the leading producer, reached its highest level in a decade last February. And dysprosium oxide prices, already elevated due to demand, are expected to rise from $260 per kilogram in 2020 to $440 by 2030.

Sandia’s Twistact project launched in the early 2010s during a time of extreme price volatility for neodymium and dysprosium. Free of rare-earth magnets, the device could be a compelling alternative to conventional rotary systems.

As Koplow noted in Sandia’s article last month, “When you weigh in the fact that rare-earth metals have always been in short supply, that their mining is notorious for its adverse environmental impact, and that competing applications such as electric vehicles are also placing demand on rare-earth metals, the value proposition of Twistact becomes clear.”