Locating wind turbines offshore and away from the land has become more practical, thanks to a new engineering design tool.

Researchers at Sandia National Laboratories have created a functional software system capable of modeling offshore wind turbines. Built as a design tool, the Sandia team’s “drawing board” can be used to simulate wind turbines and floating platforms in various wind and sea conditions to optimize the design of the whole system. 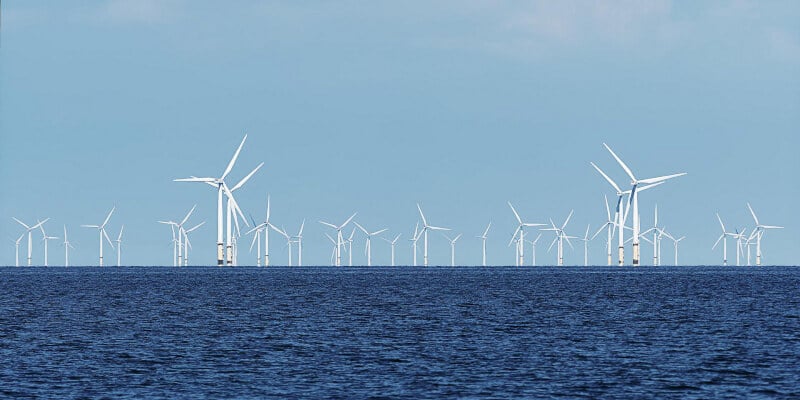 Image by Andrew Martin from Pixabay

Wind power supplied more than 6 percent of the world’s electricity in 2021. In the U.S., that total was 9.23 percent of all generated electrical energy in 2021 and 11.55 percent during the first six months of 2022. In fact, wind power has become the main source of U.S. renewable energy generation, moving ahead of conventional hydropower (which is suffering from extended droughts in many regions of the country.)

Most U.S. wind turbines are based around a tall tower with three blades turning a horizontal generator in the nacelle behind the blades. Because of the extremely long blade length (between 115 and 148 feet) of a modern wind turbine, the nacelle must be placed high above the ground on a tower (200 to 300 feet tall) that must be capable of supporting the generator and blades during storms with high winds. 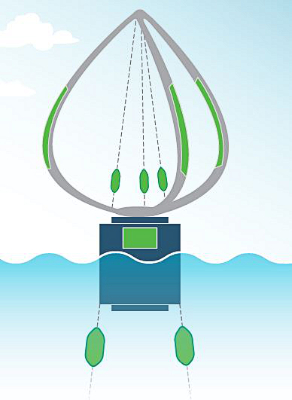 The Midwestern United States has a great deal of wind, and most of the country’s wind farms are located there. Unfortunately, the greatest electric power demand is near coastal cities, and transmission of electric power over long distances results in significant energy losses.

Offshore Wind Is the Answer

This is one reason interest in offshore wind projects is growing, particularly along the Atlantic seaboard.

"The high electrical demand on the coasts is one reason why offshore wind looks attractive; people tend to live away from where the onshore wind is the strongest and there's not enough space in cities for solar panels," said Ryan Coe, a mechanical engineer in Sandia’s water power group in a Sandia news release. "Also, offshore wind provides power at different times of the day than solar and onshore wind."

Wind speeds are typically higher offshore than on land, so offshore wind farms can be expected to produce more energy per the number of turbines installed. Because they can be sited over the horizon and out of sight, offshore wind farms are often less controversial.

Most of the wind farms that have been built so far use fixed foundations that are anchored to the sea floor. This requires the wind farms to be located close to shore in shallow water. But the wind blows stronger in places where the water can be more than 200 feet deep. Wind turbines can be built upon floating platforms, but the tall and ungainly nature of the standard wind turbine with its tall tower and long blades can make this challenging. For that reason, new vertically oriented wind turbines for use offshore are under development.

Vertical wind turbines are especially attractive for floating platforms as the spinning blades can be placed closer to the water instead of on top of a tower, and the heavy generator can be placed on the deck of the platform reducing its center of gravity. Without a tall tower, the turbine can weigh less, allowing the floating platform to be smaller and less expensive.

Ennis noted that floating offshore wind does come with its own challenges. It is very expensive to support the wind turbines and to maintain them when they’re out at sea. The goal of the Sandia design tool is also to address the issues of optimizing the design of floating wind turbines, platforms, and control systems to maximize power output while minimizing costs.

"This is a neat tool in terms of the way that it integrates all of these different capabilities," Coe said. "We were able to link tools developed for modeling the aerodynamics and structural dynamics of vertical-axis wind turbines—areas that Sandia has always been a leader in—and combine it with hydrodynamics and make it more suited for design optimization."

“For us, the question becomes how do we remove mass and cost from the system while maximizing energy capture, which is where we got our innovative, towerless, vertical-axis design,” said Brandon Ennis, Sandia National Laboratories' offshore wind technical lead.

Building a design tool that combined CFD, the strength of materials, engineering principles, hydrodynamics, and wind and weather was a challenge, but the result has been worth the effort.

"To design our floating wind turbine system, we needed a design tool that can simulate the wind, waves, blade elasticity, platform motion, and the controllers," said Ennis. "There are a few tools that can do some of what we need but without all of the pertinent two-way coupled dynamics for design and optimization of this kind of wind turbine. It was a big undertaking, but it was essential. There can't be a floating, vertical-axis wind turbine industry without a trusted tool like this."