Snow Lake Lithium and LG Energy Solution will work together on a North American source for battery-grade lithium.

The goal is to supply LGES with lithium hydroxide for electric vehicle (EV) production in North America for ten years, starting in 2025. The reasons LGES has sought a North American source for the critical battery material are interesting. 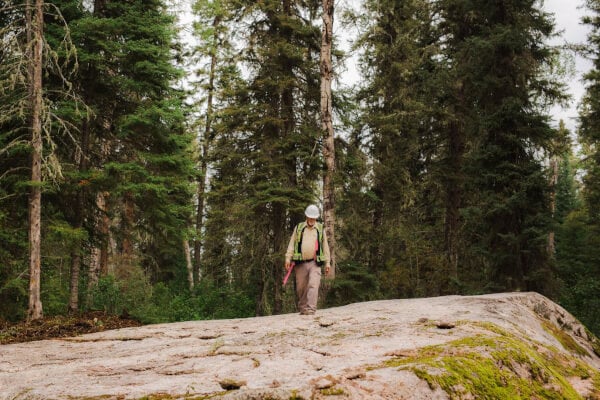 Electric Vehicles on the Way

By 2035, 45 percent of the world’s new cars will be powered by lithium-ion batteries. Electric vehicles (EVs) are one of the keys to addressing the global climate change caused by fossil fuel burning and the release of carbon dioxide (CO2) into the atmosphere.

Before the industrial revolution in the early 1800s, the CO2 level was about 275 parts per million (ppm). Since then, we have added 1,250 billion tons of CO2, primarily through burning coal and petroleum products to reach a level of 415 ppm. With 43 billion tons of CO2 added each year into the atmosphere, that number continues to rise along with the global temperature, which has increased more than 1°C since the early 1800s. The goal is to keep that rise to less than 1.5°C (2.7°F) by 2100.

In 2022 the demand for the lithium used in EV batteries was 678,000 tons—by 2035, to meet the needs of growing electrification will require more than 4 million tons.

Australia is the largest lithium producer and currently has 13 producing lithium mines, and 75 percent of that material is processed and refined in China, accounting for 59 percent of the lithium produced for batteries worldwide. Canada and the U.S. account for just 3 percent of the world’s lithium—a number that is expected to reach 7 percent by 2030.

According to a recent Benchmark Mineral’s Lithium Forecast meeting, lithium demand by 2035 will require 74 new lithium mines (although that number could be 59 mines if lithium recycling comes online in time).

A lithium mine takes at least 5 years to begin operations, with additional time needed to find financial backing and obtain permits. Because the price of lithium has been stable over the past half-decade, there had been little interest in investing in new extraction.

From August 2020 to September 2022, however, the price of lithium has shot up more than 900 percent, driven largely by the demand caused by the emergence of a worldwide EV market. There is no lack of viable lithium worldwide, but there has been a lack of investment in new extraction, which is now causing a shortage. 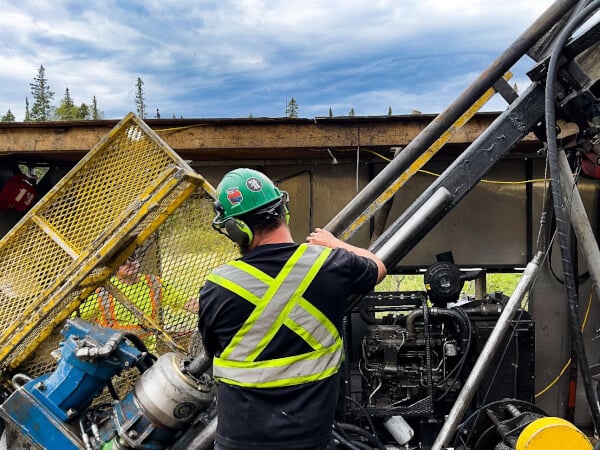 Why Lithium in North America?

Why is LGES looking at finding a source of lithium in North America?

The Inflation Reduction Act Congress passed in August 2022 provides the EV tax credits that spur vehicle sales but stipulates the EVs must be either built in North America or 40 percent of the critical materials (including lithium) used to make the batteries must come from the U.S. or a free trade agreement (FTA) partner.  By 2026, this number will increase to 80 percent.

LGES is already a major power in the lithium-ion battery field and is building three new battery plants in the U.S. with General Motors (GM); has plans to build a battery plant in Canada with Stellantis; has a partnership with Hyundai Motors; and is working with Ford Motor Company.

If the Korean battery giant is to continue as a major U.S. battery supplier, it must find sources for battery raw materials in North America, and Snow Lake is an excellent start.

Snow Lake Lithium Ltd. in Canada will be mining the lithium-bearing mineral spodumene in Manitoba, where the company will operate its mine using almost 100 percent renewable energy, coming primarily from hydroelectric power.

Snow Lake and LGES will collaborate to build a lithium hydroxide processing plant in Centre Port, Winnipeg, Manitoba. The goal is to create a North American battery-grade lithium hydroxide supply chain that can supply 500,000 EVs annually, with commercial production targeted to begin in 2025.

Because Manitoba is in the central part of Canada and near major rail lines, it has an advantage in logistics and reducing the emissions created when battery raw materials are imported from China.

Snow Lake mine is part of a 55,000-acre site and is expected to produce 160,000 tons of 6 percent spodumene annually over 10 years. With luck, that will only be the beginning, as Snow Lake Lithium has only explored about 1 percent of the site and further exploration should provide for even greater lithium production capability in the future.