With 304 new gigafactories in the global pipeline, finding enough lithium to meet US demand may be cause for concern.

In 2015, there were just eight battery gigafactories planned or under construction worldwide. Today, according to industry data firm Benchmark Mineral Intelligence, there are 304 new gigafactories in the pipeline, with a total capacity estimated at 6.4 terawatt-hours.

But meeting the raw material demand for that level of lithium-ion battery production will be problematic. Benchmark predicts that lithium demand will reach 2.4 million tons in 2030—just 600,000 tons of lithium will be produced in 2022.

The investment needed to keep up with exploding lithium demand is also impressive—Benchmark says it will take $42 billion, or about $7 billion per year, to meet needs in 2030, as electric vehicles (EVs) take over from gasoline internal combustion engine (ICE) vehicles.

China continues to dominate gigafactory construction, but North America and Europe have seen significant growth in the past two years. Automaker and battery manufacturer joint venture factories are set to come online, with 11 new gigafactories having been added to the North American pipeline since last spring. 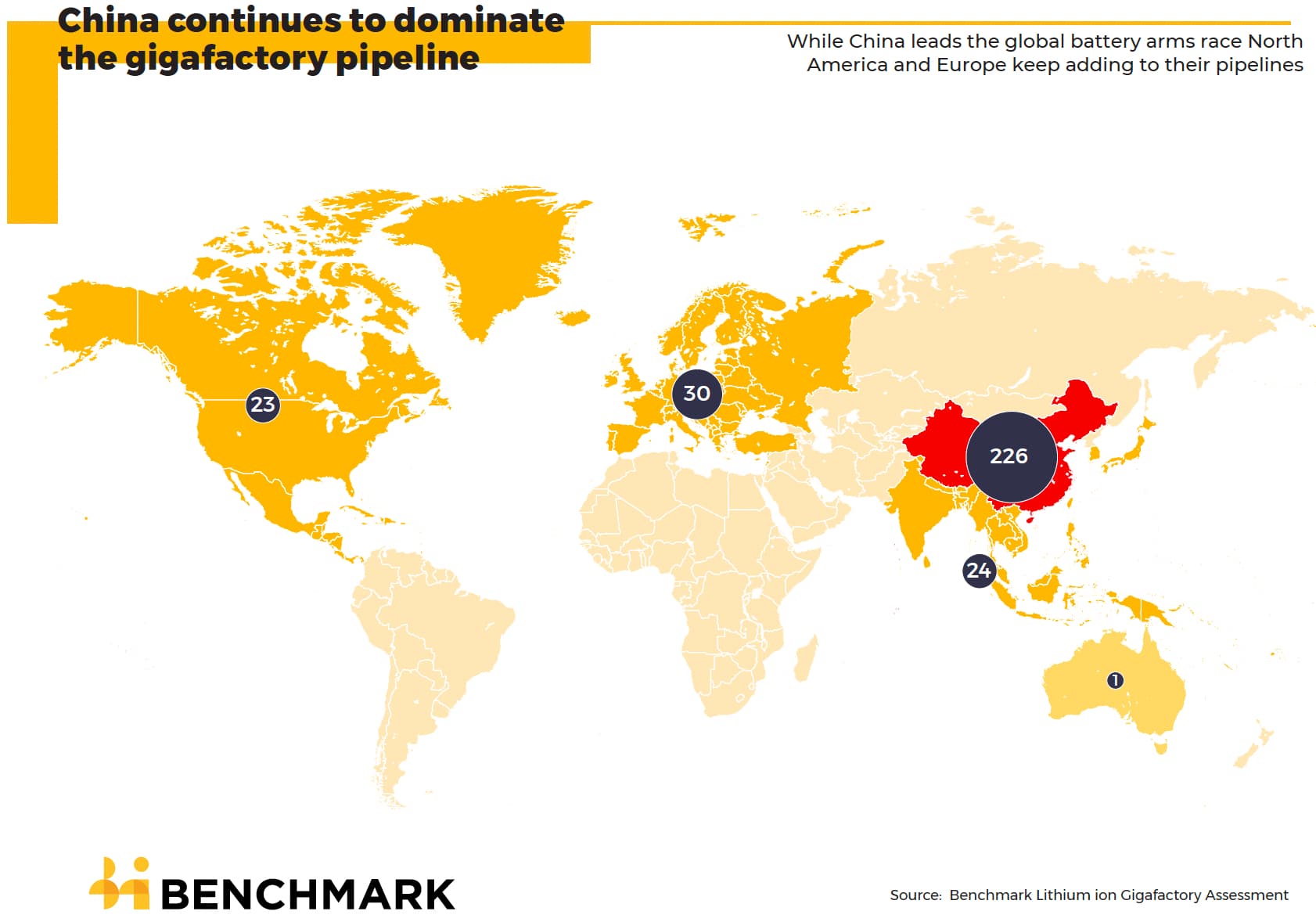 China has by far the most gigafactories planned for construction. Image used courtesy of Benchmark Mineral Intelligence

“Within the last year, with a push to achieve net zero goals and major OEMs and automakers looking to accelerate the electrification of their businesses, announcements for new gigafactories have picked up pace with Benchmark adding over a 100 new cell plants to its assessment since April 2021,” said Benchmark analyst Hanisha Tirumalasetty in a company news release.

With North American auto manufacturers mobilizing to develop the manufacturing capacity necessary to meet increasing EV demand, the industry is likely to more heavily rely on lithium hydroxide sourced domestically rather than from China and Asia at large.

In response, the Biden Administration recently invoked the Defense Production Act to help secure key battery materials, and is investing heavily in the development of domestic supply chains for lithium, graphite, and cobalt, among others. 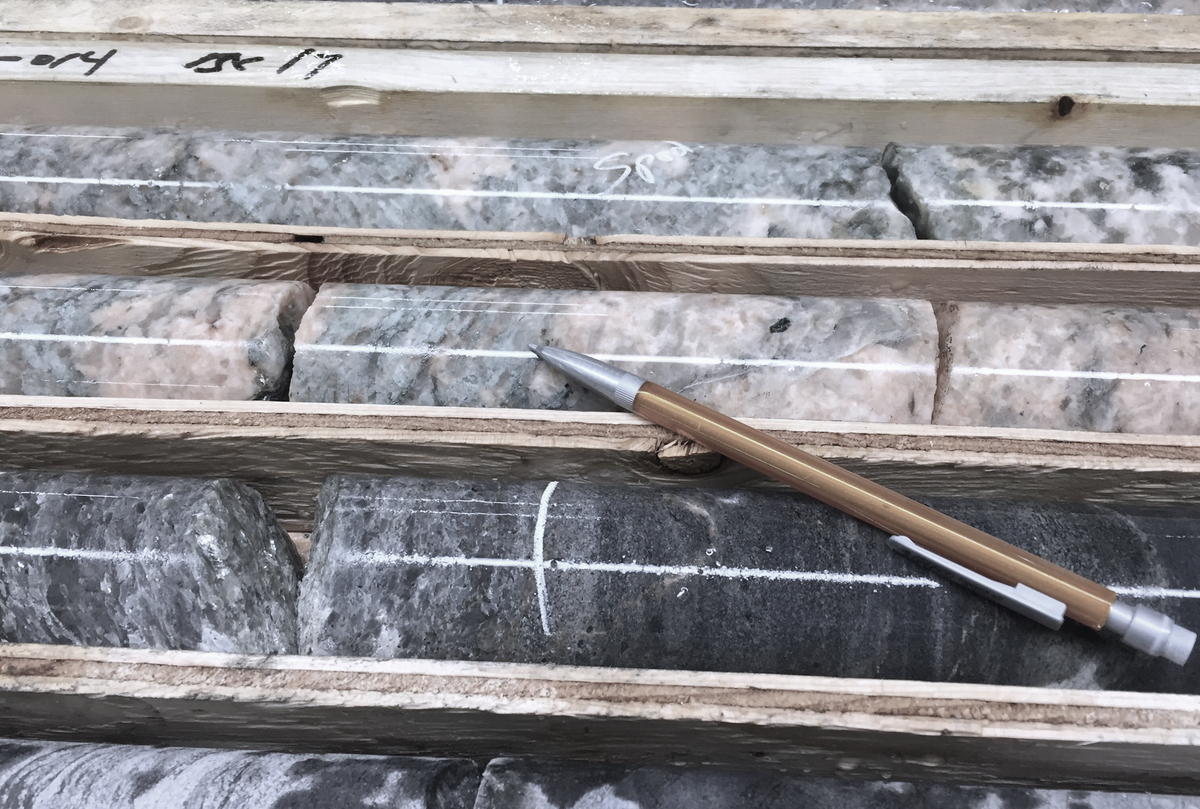 “You have to go further upstream to figure out where you’re getting your raw material from,” Tirumalasetty said. “That’s the only way to control the supply chain.”

He further noted there is “very little upstream capacity in North America or Europe.”

To that end, Canadian mining company Snow Lake Lithium is developing what it says is the world’s first all-electric lithium mine to supply the North American EV market.

The company expects its 55,000-acre site near the town of Snow Lake, in Canada’s Manitoba province, to produce 160,000 tons per year of 6% lithium spodumene—a lithium-containing ore that serves as one source of the critical material, the other being lithium brine—over a 10-year period. 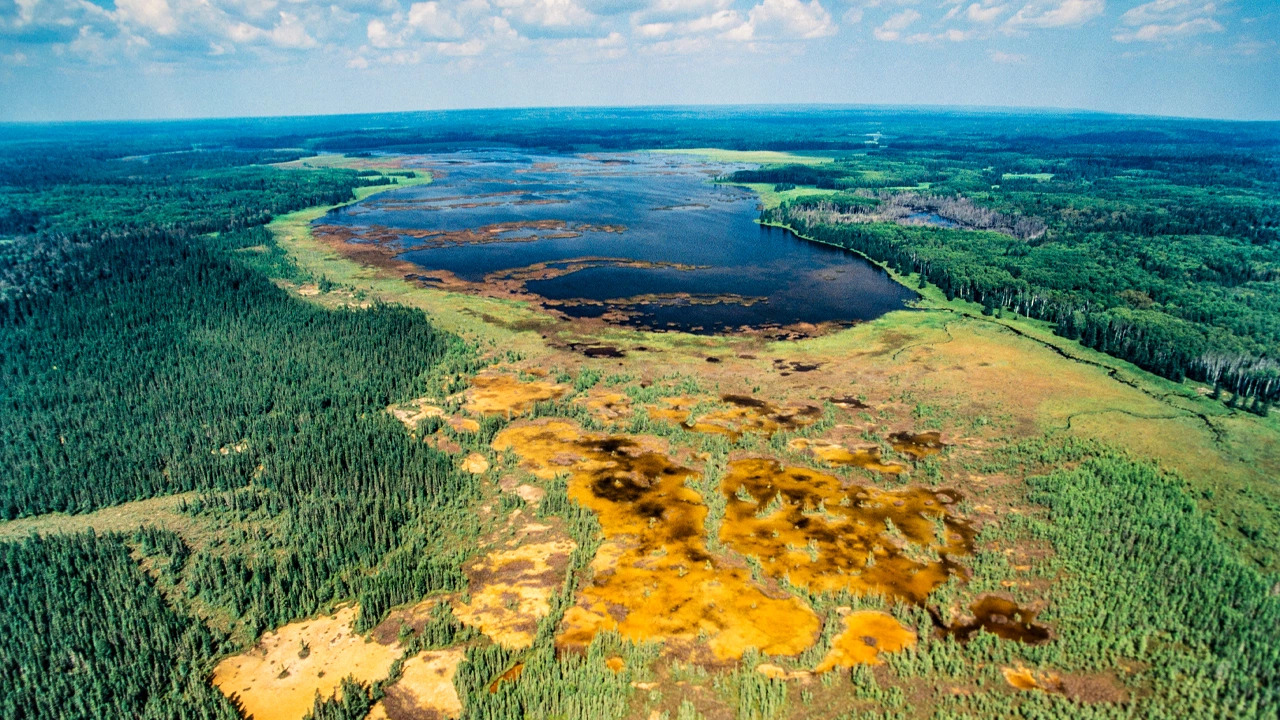 As of now, Snow Lake Lithium has explored only around 1% of its site, but the company is confident that further exploration will increase estimates over the course of the next year, it said in a recent press release. To power its operations with entirely renewable energy, the company will rely on local hydroelectric generation.

“With increasing demand for electric vehicles, we are facing a once-in-a-century industrial pivot and need to act fast to avoid losing our competitiveness in the global market,” said company CEO Philip Gross, in a written statement. “To succeed in the future net zero economy, we need to create a vertically integrated domestic supply chain to achieve battery production at scale and future supply security.”

As the EV market in North America continues to grow, the disconnect between battery production capacity and critical materials such as lithium could have a significant effect on vehicle pricing, as price volatility is passed downstream by automakers. The general consensus is that EVs’ success is dependent on their reaching price parity with ICE vehicles, and supply constraints and lack of domestic materials sourcing will make that goal harder to achieve.

“Large automakers are realizing they need to vertically integrate their businesses into battery materials as well,” Benchmark’s Tirumalasetty said.