Scotland's Highland Council has finished deploying its Hydro Ness hydroelectric project on the banks of the River Ness. The system utilizes a 92-kilowatt Archimedes screw, whose giant spiral blades are weighed down by the river's water as it passes through, forcing the screw to spin and generate energy to be converted into electricity. 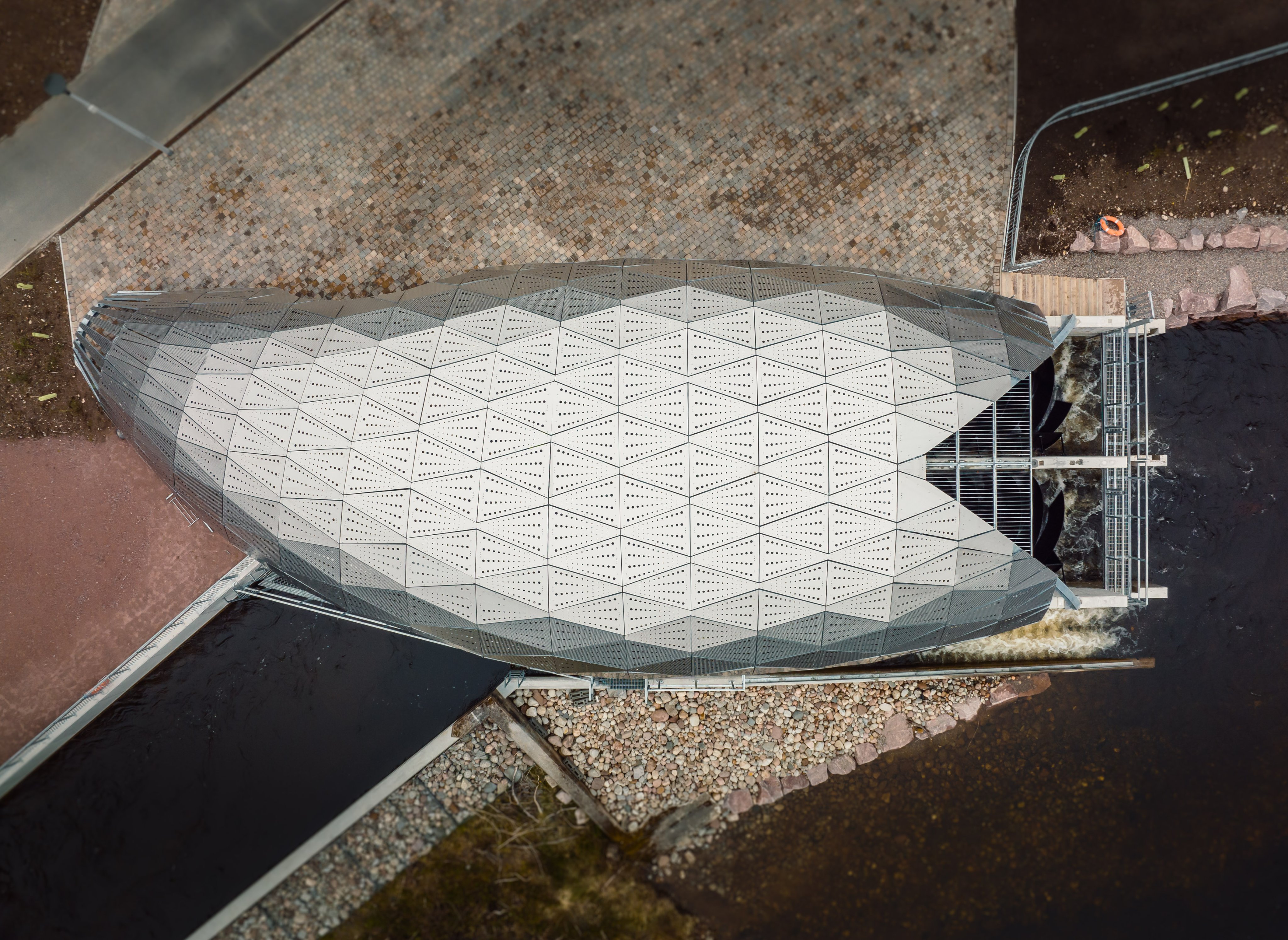 An overhead shot of the enclosure built atop the Hydro Ness hydroelectric generator. Image used courtesy of the Highland Council

The generator sits adjacent to a bridge across the River Ness in Scotland’s northeastern city of Inverness. The system will generate over 500,000 kilowatt-hours (kWh) of electricity per year, enough to provide half the power to the Inverness Leisure Centre—one of the Highland Council's most energy-hungry facilities, drawing over 800,000 customer visits per year.

The generator will open to the public on July 29, kicking off the Highland Council’s plans for an interactive STEM education and visitor experience that adds to the region’s charm as a destination for scenic views and sporting events. The project also serves the Highland Council’s goal to be carbon-neutral by 2025. 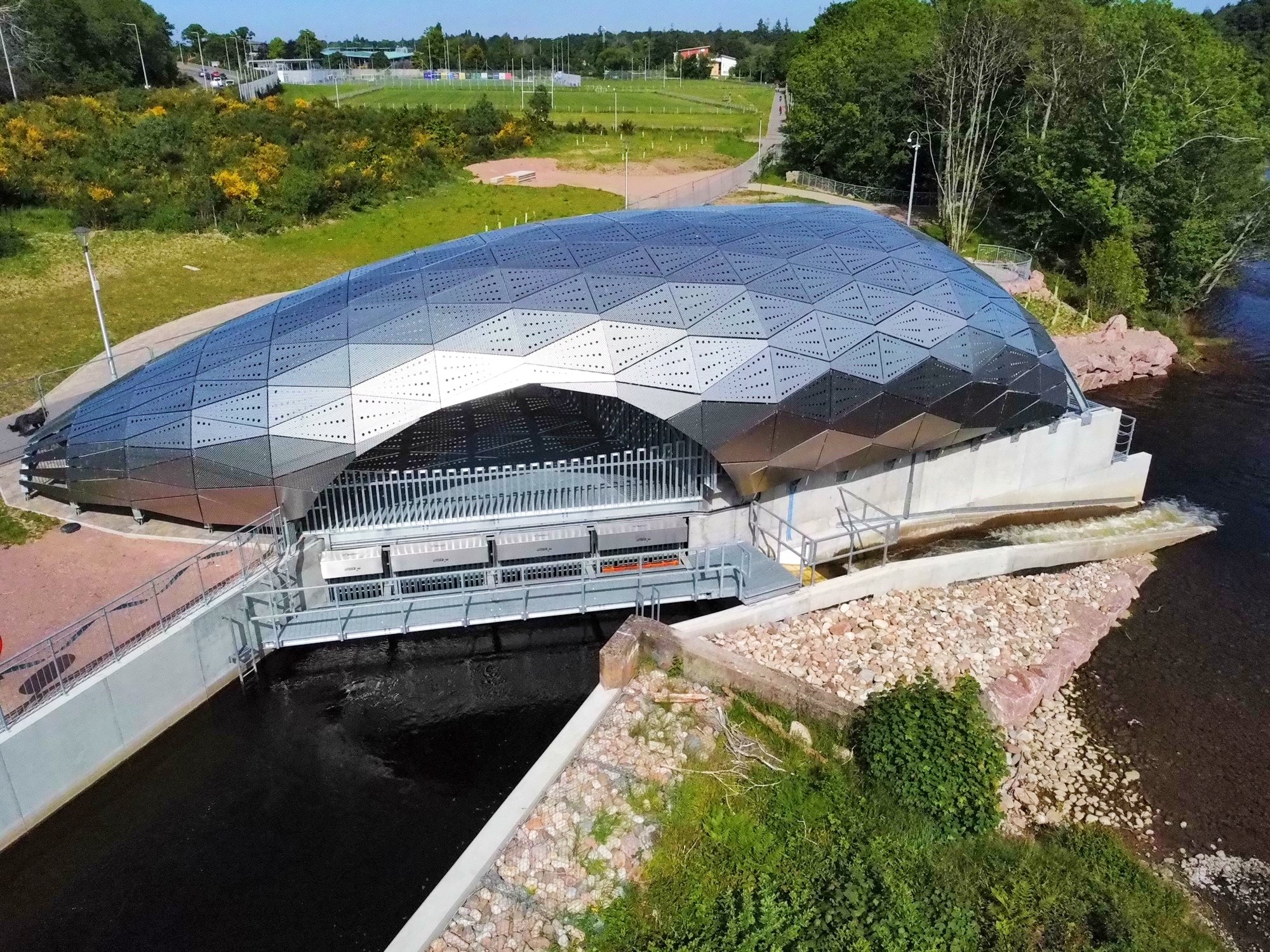 The Hydro Ness project is estimated to generate over 500,000 kWh of electricity annually. Image used courtesy of the Highland Council

Hydro Ness comes online as Scotland’s electricity prices are soaring to among the highest in the U.K. Raymond Bremner, head of the Highland Council, mentioned this factor in the announcement earlier this month.

“Electricity prices are increasing rapidly," Bremner said. “This project, and others like it, are vital in mitigating against market increases to help ensure the council, and our partners, continue to offer first-class services to the public.”

The Archimedes Screw Design and Mechanism

The Archimedes screw design dates back to 250 B.C. and, as the name suggests, historians have traced the invention to the famous mathematician and physicist, Archimedes. Consisting of a cylinder wrapped in an inclined plane, the Archimedes screw is designed to force liquid or small materials upwards. The technology has a range of uses, from irrigation systems to sewage treatment to combine harvesters.

For the Archimedes screw to be applied in renewable energy, it needs to be reverse engineered, with water flowing down rather than upwards. As water moves across the blades, the ensuing weight spins the turbine, whose energy can then be harnessed through a gearbox.

These hydroelectric screw turbines are deployed at shallow, low-head sites such as rivers and canals, but do not impact the flow of fish and fauna. While they are more cost-effective and efficient than other hydropower systems, Archimedes screw turbines can only generate up to 355 kW of power, which is why they are limited to small-scale use.

As is typical with an Archimedes screw design, the Hydro Ness generator is encased in a stainless steel envelope, preventing water from splashing out. Bremner said in the announcement that river levels will dictate when the turbines are operational. 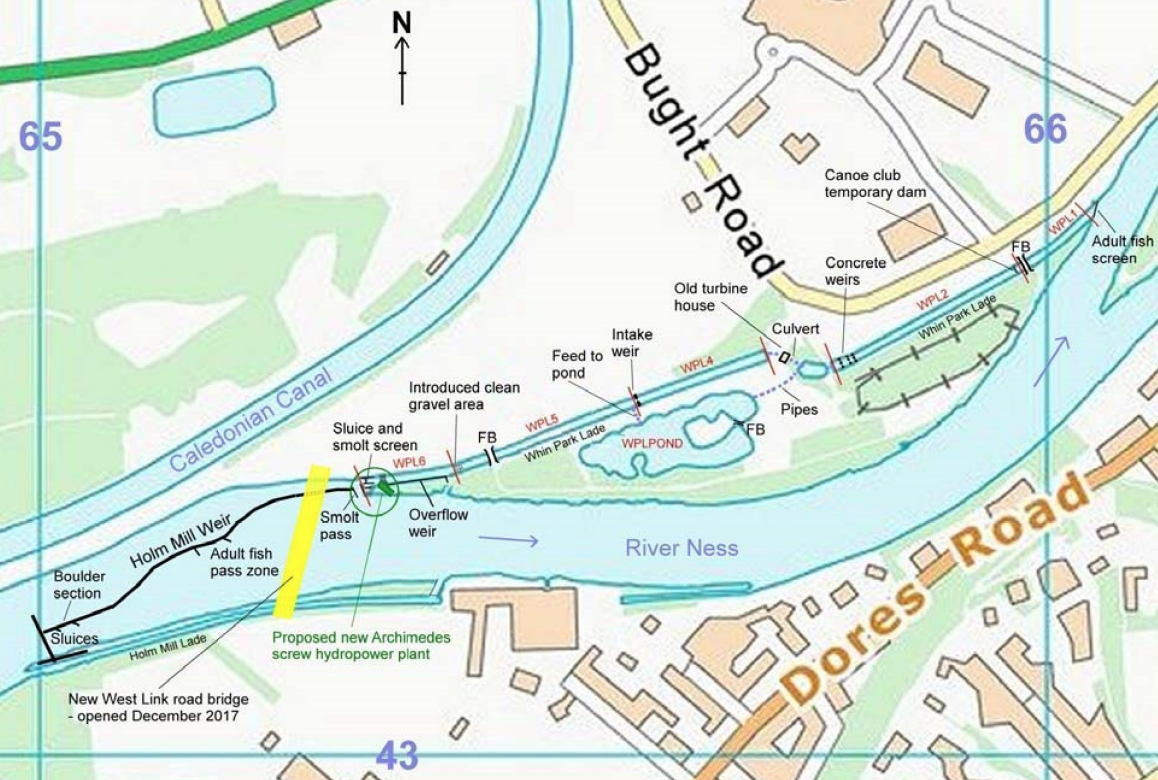 There have been several similar Archimedes turbine installations throughout Europe, some even featuring more than one screw generator. One 2021 study in the journal Processes documented more than 20 projects utilizing two or more parallel Archimedes screw generators across Europe, including in the U.K., Germany, Italy, and Belgium. Mann Power Consulting, the firm that designed the Hydro Ness Archimedes screw, has carved out a specialty in the market with several other projects across the U.K.

Despite over a decade of industry buzz in Britain, the Archimedean screw market is still relatively nascent in North America. The continent’s first Archimedes screw generation system was installed in Canada in 2013, while the U.S.’s debut application launched in 2017 to serve 920,000 kWh of electricity per year to Meriden, Connecticut. 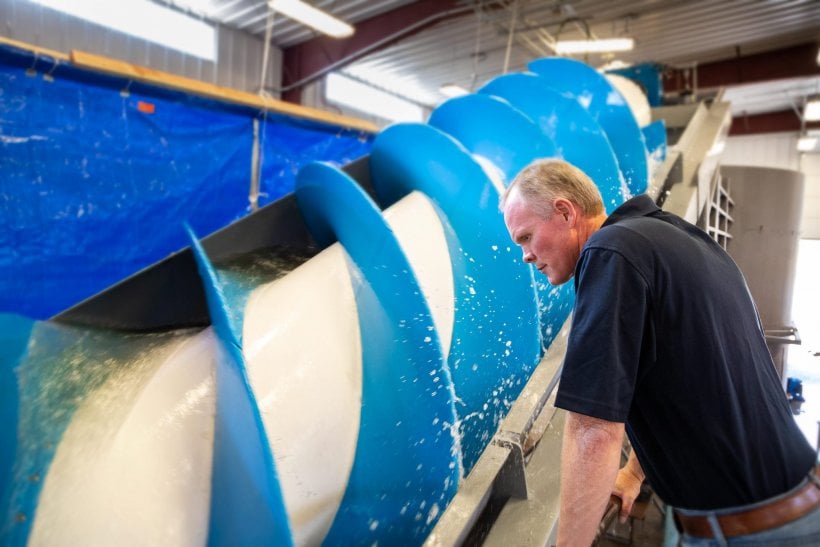 A 2016 report from the U.S. Department of Energy (DOE) recognized the Archimedean design’s potential for renewable energy applications. Still, most of the country’s hydroelectricity generation currently comes from 1,450 conventional and 40 pumped-storage hydropower plants.