The most frequent transient overvoltage in substations comes from switching operations, and the most fearful is lightning, which introduces large disturbances.

Lightning is a prime source of transient overvoltages. In a substation shielded from direct strikes and with relatively low ground resistance, the most likely source of lightning surges is traveling waves entering through the overhead lines.

Lightning is random, and there is always a possibility that a lightning strike, bypassing the substation’s shield, hits the protected circuits in or close to the substation.

The standard device to protect equipment in substations against overvoltages is the surge arrester. When connected from each phase conductor to the ground, the surge arrester transfers the high surge currents safely to the ground, protecting the system and equipment – such as transformers, circuit breakers, and bushings – insulating against the consequences of overvoltages.

There are many terms in the analysis of power system electrical transients.  A few useful terms to be aware of are:

Overvoltage tests certify the ability of the equipment insulation to outlive various stress levels after manufacturing completion. The most common tests are:

Let's explore each of these tests a bit more.

The BIL is the full-wave test. The standard impulse is a 1.2/50 µs (T1/T2 µs) waveshape, with a crest specified in kilovolts. This means that the voltage pulse increases from zero to crest value in 1.2 µs and declines to ½ crest value in 50 µs. The rise time and duration of this waveshape replicate a lightning surge.

The oscillogram of actual voltage may be challenging to interpret, particularly at the beginning of the waveshape. In this case, the BIL test finds a virtual time zero by locating points on the wave’s front where the voltage is 30% and 90% of the crest value and draws a straight line through these points. The virtual time zero is the intersection of this line with the time axis. 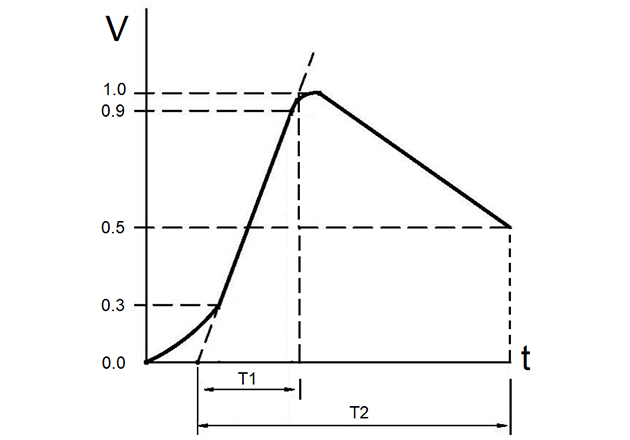 Another way to compute the time to crest is 1.67 times the actual time between 30% and 90% of the crest value. The crest values are classified into discrete values. A given rated voltage may have more than one BIL level.

The lightning strike’s currents also vary over a broad span. The industry standard impulse current is an 8/20 µs (T1/T2 µs) waveshape, as shown in Figure 2. 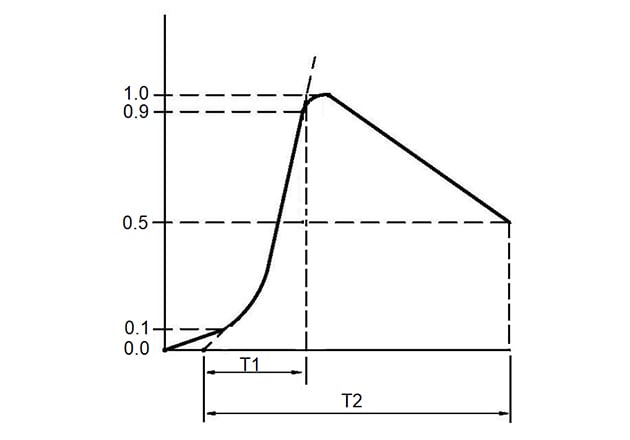 Another way to compute the time to crest is 1.25 times the actual time between 10% and 90% of the crest value.

The waveshape for this test is the same used to determine the BIL, but it collapses at a time t – specified in the standard – after the wave’s crest by sparkover of an external rod gap shunting the tested equipment. The crest voltage is from 110% to 115% of BIL (Figure 3). 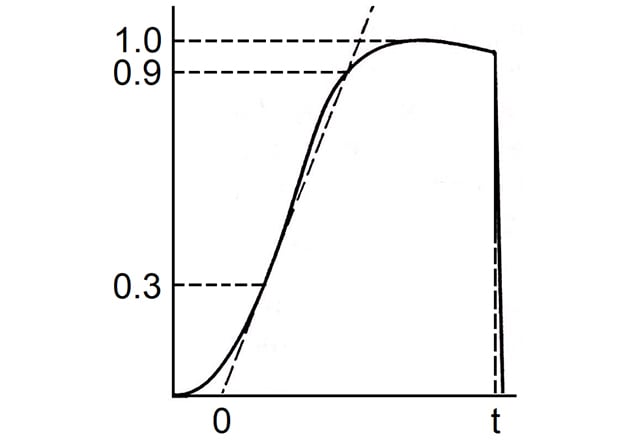 Figure 3. Sparkover on the tail.

The BSL test of equipment is similar to the BIL but focuses on switching impulse rather than lightning. The wave shape depends on the tested equipment.

This test is similar to the chopped-wave test, but the voltage is cut off by a rod gap on the rising front of the wave at a time t rather than shortly after the wave’s crest. The gap limits the voltage to a preset value (Figure 4). 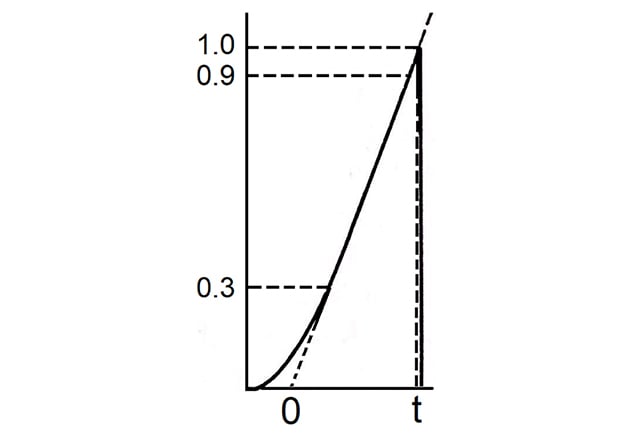 The previous description involves general principles of dielectric testing. Standards for individual types of equipment detail the precise tests and methods to apply to the apparatus concerned.

Insulation costs are very high, so insulating the system and equipment to resist any voltage that would ever appear is not economically viable. It is also impractical to insulate for steady-state voltage and accept all outages originating from surges. It is reasonable to look for a balance between the costs of insulation and protective devices.

Surge arresters are vital to protect the substations against lightning and switching surges. Their surge protective capability determines the power system insulation levels.

The duty of a surge arrester is to avoid exceeding the system and equipment withstand capabilities. Then, whenever a surge tries to exceed the insulation capacity, the arrester will keep the voltage in the acceptable range, protecting expensive electrical devices.

Surge arresters are generally connected in parallel with the protected equipment and are subjected to the system voltage under normal operating conditions. Under steady-state voltage, their impedance is very high. However, it decreases abruptly at higher voltages when a steep wavefront surge comes into the system. The surge arrester diverts the wave’s portion above the arrester breakdown to the ground, away from the downstream protected equipment, as shown in Figure 5. 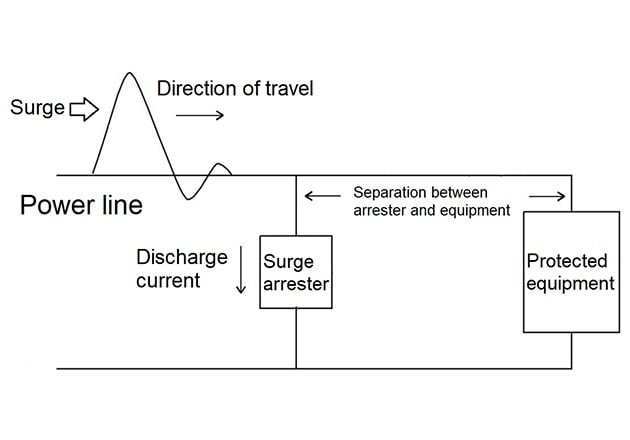 Under steady-state conditions, its resistance should be high enough to consume little current and dissipate minimal power.

To summarize, a surge arrester should:

Separation Distance in a Surge Arrester

If there is a large separation between the equipment and the surge arrester, the terminal voltage can reach a high value before being reduced by a reflection from the arrester. 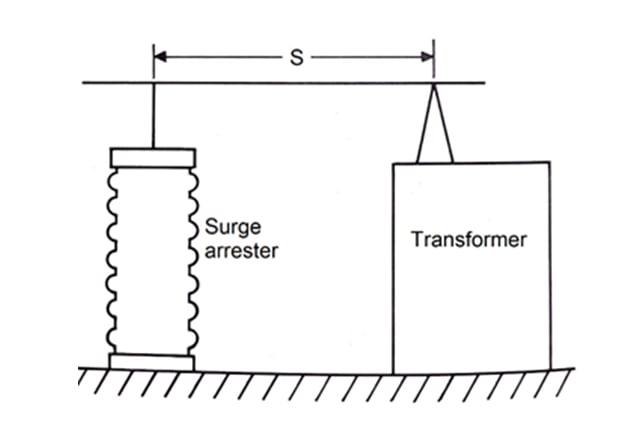 Keeping the surge arrester’s leads short reduces their inductance. We must avoid a situation in which the action of a surge arrester is nearly blocked or drastically delayed by the lead’s inductance.

A Review of Substation Protection Against Transient Overvoltages

A surge is a temporary steep rise of voltage in a power system, usually due to lightning or internal causes – mainly switching maneuvers. The energy contained in a surge may cause the failure of insulation in electrical systems and equipment unless they are correctly protected.

The dielectric tests verify the ability of the system and equipment insulation to withstand various forms of surges.

In the next article, we dive deeper into the features and characteristics of different surge suppressors by exploring their materials, topographies, and applications.