This article will guide engineers and technicians through procedures, precautions, and the importance of carrying out electrical energy meter calibration.

All electrical and electronic measuring equipment is prone to errors caused by external or internal factors. The errors can be removed through a process known as equipment calibration. 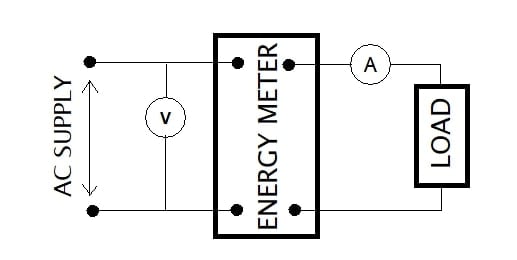 From the assumption, we can carry out the calculation of the energy (E), which is computed from m using the equation;

The loads applied to the energy meter are placed under variation and the time that is taken for 10 revolutions is estimated using a stopwatch and recorded. Parameters such as current and voltages are observed using necessary equipment and tabulated as recorded in the table below.

The reading that is fed in the table above is observed from the test that is carried out.

For the specific revolution, the meter energy E remains constant while the energy that is consumed by the load ET is varied and calculated theoretically. Therefore, when the meter is under various electric loads, we can compute the percentage error by involving the formula listed below: 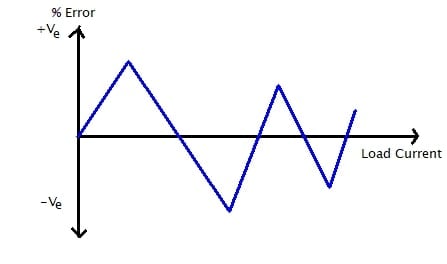 The error calculated in percentage can be negative or positive. The load current error limits can be decided by just having a close study and observation of the drawn calibration curve. If the limit happens to be outside the desired option, then you have to adjust the error range to the desired range by application of different adjustments, for example, friction, lag, and creep.

Below is a step-by-step procedure used to calibrate the energy meters.

The article has highlighted the following important information that a calibration engineer and technician should know: