The promises for a hydrogen future seem too good to be true. Here, we determine what's true and what's not.

If you believe the promises, hydrogen is a “fuel” that can be produced using renewable energy; it can be used for combustion in a traditional piston engine or to produce electricity in a fuel cell; and its only emission is water vapor. While some of those promises may be partially true, the hydrogen reality continues to fall short despite the hype by oil companies and politicians.

Where Does Hydrogen Come From?

Hydrogen is the most abundant element in the universe. Every star, including the sun, is a huge ball of massively compressed hydrogen gas undergoing a fusion reaction to produce helium (along with nearly all the other elements) and enormous amounts of energy. 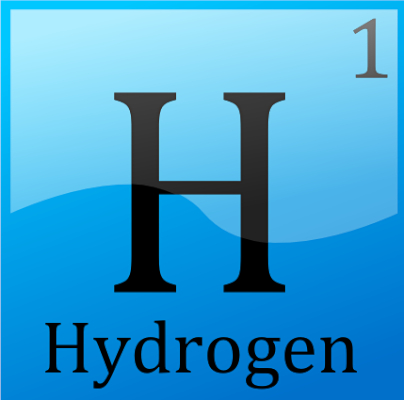 Unfortunately, it isn’t convenient to siphon hydrogen directly from the sun so other methods must be employed. At present, 95 percent of all the commercial hydrogen comes from the processing of fossil fuels, typically by steam reforming of natural gas or other hydrocarbons, partial oxidation of heavier hydrocarbons, or coal gasification.

Each method is incredibly carbon-intensive, and the carbon dioxide released in producing hydrogen from fossil sources contributes to global climate change. In the industry, this is now called “grey hydrogen.”

Another way to produce hydrogen is through the electrolysis of water. By passing electricity through electrodes the hydrogen and oxygen in water are split apart and can be collected. This is called “green hydrogen” when it is produced using excess electricity from renewable sources such as wind, solar, or hydroelectric. Green hydrogen has almost no carbon dioxide emissions during its production.

Then there is “blue hydrogen.” This is largely backed by many oil companies and uses traditional fossil fuels to produce hydrogen, capturing the carbon dioxide emissions for later storage.

Capturing carbon emissions at scale is only in its experimental stages and the process typically fails to capture 10 to 15 percent of the carbon emissions. Oil companies are big promotors of blue hydrogen because it locks in a future for fossil fuels and requires the kind of government subsidies the oil companies already enjoy.

After it has been produced, hydrogen needs to be transported—either to the destination where it will be used in the case of a steel plant for example, or to a point for further distribution if it is to be used for transportation or other portable power applications. This poses a problem as normal pipelines like those used to transport natural gas are made of welded steel and hydrogen will embrittle these welds causing the pipeline to eventually crack and fail. Special linings can help reduce the embrittlement; however, this increases the cost of the piping system.

Hydrogen can also be transported at high pressure in trucks or rail cars, but it takes significant energy to compress the hydrogen to several thousand pounds per square inch and the tanks that hold it must be very strong, which makes them heavy.

Another way to transport hydrogen is to liquefy it at a temperature of -253°C and load it onto ships. This requires large amounts of energy and corresponding huge capital investment.

Once the hydrogen reaches its destination, the same issues as transporting the gas must be addressed. In addition, because hydrogen is an extremely small molecule, it tends to escape easily through seals and valve assemblies.

This becomes a problem not only for long-term storage at a distribution facility but also for the end user where the hydrogen must again be stored either in a high-pressure container or as a chemical compound such as ammonia (NH3) that then must be processed to get the hydrogen back out. There are efforts to store large amounts of hydrogen in underground salt caverns, usually near or collocated with the hydrogen production facility.

Assuming you have produced the hydrogen in a green way, transported it safely to a distribution center, and are storing it in a way that not much can escape, you then need to use the hydrogen to do useful work. It is said that hydrogen isn’t really a fuel but rather a transporter of energy—either the energy embodied in the fossil fuels that it came from or the electricity added during the electrolysis process to split water into hydrogen and oxygen.

Hydrogen combustion combines it with oxygen to produce energy and water vapor (along with nitrates of oxygen, or NOx, a component of smog). This combustion can be accomplished within the cylinder of an internal combustion engine to produce useful work by moving a vehicle or in a gas turbine to power a generator attached to the power grid in the same way natural gas is currently used.

Another way to get useful energy back from hydrogen is to run it through a fuel cell. In this case, the hydrogen flows over a catalyst made from platinum or palladium and combines with oxygen to form electricity and water vapor. Fuel cells can replace batteries in electric vehicles (EVs) and have the advantage that hydrogen can be refilled into a tank faster than commercial lithium-ion batteries can be charged.

Fuel cells are not cheap (largely due to the need for materials like platinum) although prices have been dropping from aerospace levels a decade ago to prices that might be practical if they can be built at scale.  When used in transportation in an EV the hydrogen must be stored in a high-pressure tank, with the weight and space issues that creates. On a much larger scale, fuel cells can be used to produce electricity from hydrogen that can be used to support the electric power grid, particularly on days where demand is high. 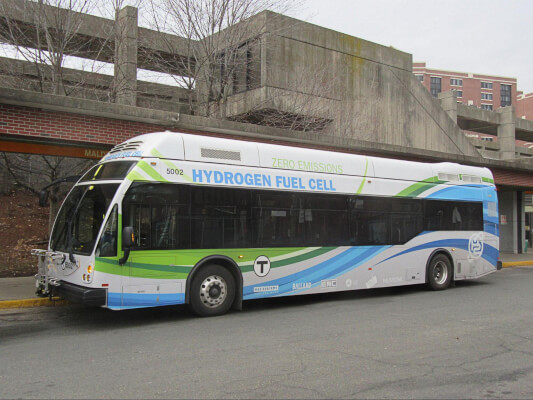 Another downside of fuel cells is that they are only about 50 percent efficient, so half the energy is lost during the conversion of the gas back into electricity. It can be argued that a better solution is to store excess renewable electricity in batteries instead of turning it into hydrogen and then using the batteries to charge EVs (which are as much as 90 percent efficient) directly.

Hydrogen can also be used in steelmaking, as a reducing agent for iron, replacing coal that is used to make coke that a blast furnace uses both for fuel and as a reducing agent. The steel industry accounts for 4 percent of all the CO2 emissions and 22 percent of the industrial carbon emissions in Europe. Replacing coal with green hydrogen promises to reduce these greenhouse gas emissions.

One place where hydrogen shows real promise is to replace jet fuel in aviation. Hydrogen can be burned in jet engines to power various aircraft types. In fact, hydrogen is recognized as the only near-term, zero-carbon, scalable fuel for aviation applications. Hydrogen contains three times more energy per unit of weight than conventional jet fuel. However, replacing conventional jet fuel with hydrogen will also require significant infrastructure changes. Although the energy density of hydrogen is high, it is very light requiring much larger fuel tanks onboard the aircraft for the same range. Refueling facilities on the ground must be capable of safely storing vast amounts of hydrogen chilled into liquid form.

Although much has been made about the future of blue hydrogen, the technology to capture and store vast amounts of carbon dioxide has yet to be proven—meanwhile clean green hydrogen only makes up about 1 percent of current commercial hydrogen production.

One thing is certain: if oil companies can promote and point to their hydrogen programs as representing real progress toward fighting climate change and obtain government subsidies to fund their efforts, hydrogen will be around for a long time.