Spain-based Siemens Gamesa announced plans to expand its recyclable turbine blades to the onshore market. The move comes as financial losses triggered layoffs and a change in leadership at its onshore division. 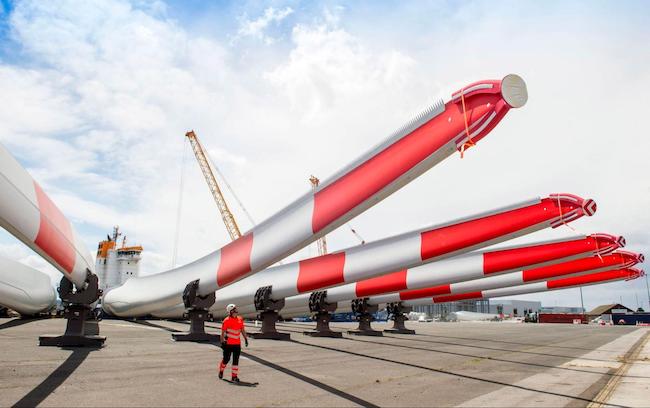 Brought to market in 10 months and installed at the Kaskasi offshore power plant in Germany last July, the RecycleBlade was touted as the world’s first wind turbine blade capable of being reused at the end of its lifecycle. Now, in adjusting its product for onshore sites, Siemens Gamesa hopes to tap into the high demand for recyclable rotor blades. The company said the onshore version will drive full circularity in its wind turbines, supporting its goal to produce fully recyclable units by 2040. Further development will include full compatibility with the product and process requirements for onshore blades.

The move to expand RecycleBlade’s scope comes amid growing concerns over poor performance in Siemens Gamesa’s onshore wind division, facing high component costs, legacy system repairs, and economic headwinds. Less than two weeks after the RecycleBlade announcement in late September, the company revealed plans to lay off 10% of its workforce and remove the head of its onshore wind unit to turn the business around.

Reuters reported that Siemens Gamesa will replace the former CEO of its onshore wind unit, Lars Bondo Krogsgaard, and launch a major overhaul to the business in the coming months. The company announced plans to cut 2,900 staff members globally (most in Denmark and Spain) and pursue a new operating model and organizational structure coming into effect in January 2023.

Founded in 1976, Gamesa Corporación Tecnológica started as a technology development and manufacturing firm pursuing emerging markets. Over the years, it carved out a large share of the wind power industry before its 2017 merger with the wind power division of German industrial giant Siemens.

Siemens said the combined entity would bring synergetic value, allowing the company to capitalize on the expected growth in offshore and onshore products/services and other renewable applications amid Europe’s coal phase-out.

At the time, Gamesa had about 35 gigawatts (GW) of installed onshore service, while Siemens totaled about 34 GW. After the combination, Siemens Gamesa’s installed base topped 69 GW. Today, it has about 124 GW installed across 90 countries. 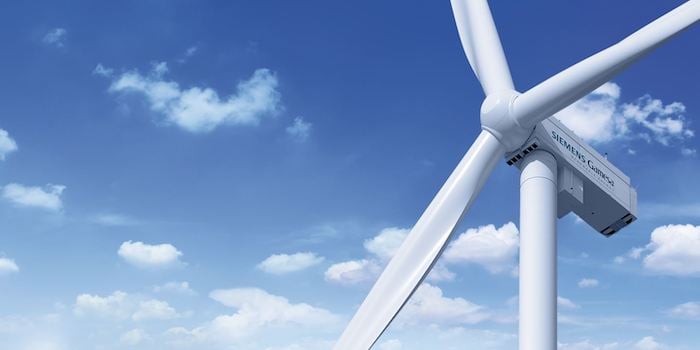 Siemens Gamesa’s main onshore offering is the 5.X platform, a line of turbines bringing high performance, cost-efficiency, and a flexible power rating, with two of the largest rotor diameters in the industry. The product has attracted about 4.5 GW of sales to date.

Siemens Gamesa has released the latest upgrade to its 5.X platform, introducing a new turbine with up to 7 megawatts (MW) for medium to high wind sites.

In the announcement, the company said the new version of the turbine (SG 7.0-170) represents one of the industry’s most competitive levelized cost of energy (LCOE) (LCOE) offerings.

Earlier this year, Siemens Energy launched a bid to buy the remaining stake in Siemens Gamesa for about $4.2 billion. This deal would delist the company from Spanish stock exchanges and integrate the business into Siemens’ long-term strategy. Siemens Energy Supervisory Board Chairman Joe Kaeser called for rectifying the “deteriorating situation” at Siemens Gamesa as soon as possible, thereby repositioning Siemens Energy as a leader in the global transition to renewables.

This year, Siemens Gamesa’s onshore business has struggled with supply instability, delays in its 5.X ramp-up, and higher costs due to component failures and repairs in legacy platforms. All of these factors were cited in the company’s third-quarter earnings report, which posted a 10% decline in revenue year-over-year.

Its onshore order intake dropped 46% over the last 12 months, now standing at 4.6 GW. However, last quarter did see a rebound in onshore commercial activity, with 1.2 GW of new orders worth about $1 billion, compared to $204 million in the second quarter and $823 million a year ago.

Despite volatility in its onshore business, Siemens Gamesa is still growing its order base overall. Across all segments, the company’s order backlog reached a record-breaking $33 billion, with a quarterly intake of $3.4 billion driven by solid offshore performance.

Eickholt is optimistic about the turnaround, telling Reuters he foresees a return to profit in 2024.