With about four months left in 2022, the year of power electronics events isn’t over yet. Also, several organizers are already revealing their 2023 lineups.

EE Power previews a few noteworthy conferences and trade shows in the power electronics industry this year and in early 2023.

The Battery Show North America is a hot destination for engineers, professionals and companies, typically drawing over 10,000 attendees and 750 suppliers annually. The 2022 edition will be held from September 13-15 in Novi, Michigan.

The Battery Show also includes a concurrent program, the Electric & Hybrid Vehicle Technology Expo. Held at the same venue, the expo will consist of keynotes, technical sessions and panels, lightning talks and workshops across four tracks: battery industry developments, battery systems in use, EV industry developments and EVs in use. 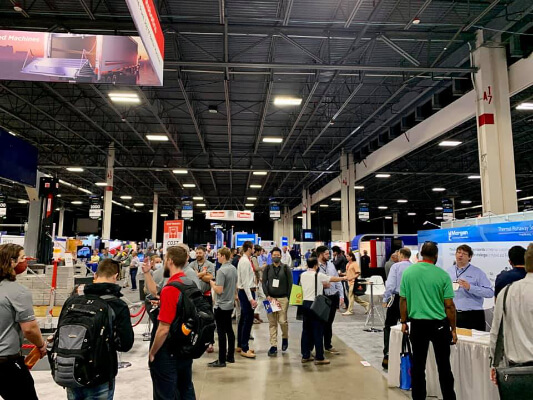 Electronica is one of the most popular venues for electronics companies to showcase their latest projects and products. The latest edition is November 15–18 in Munich, Germany.

The website lists over 1,900 exhibitors across several product segments, from electromechanics to passive components to testing/measurement to semiconductors. Some of the largest companies in the mix include ROHM Semiconductor, Broadcom, Schurter Electronic Components and Elma Electronic.

The last Electronica was held virtually in November 2020, featuring 209 exhibitors from 25 countries and 8,253 online participants across 79 countries. Pre-COVID, the 2018 event attracted 3,124 exhibitors and 81,471 visitors. 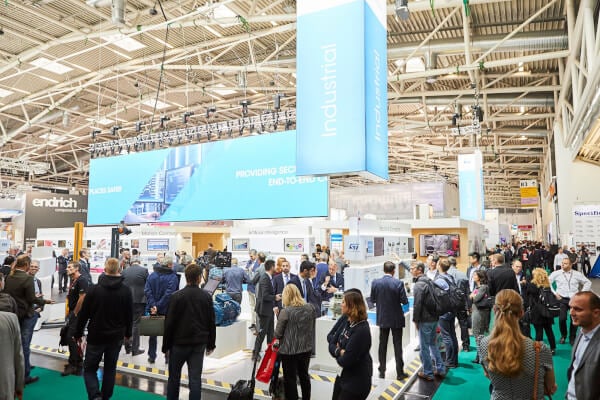 An exhibit hall at Electronica, one of the electronics industry’s most popular annual events. Image used courtesy of Electronica

More details about the 2023 SEMI-THERM are forthcoming, but organizers are accepting abstract submissions through September 15.

According to its website, SEMI-THERM usually draws around 400 attendees, with engineers being the primary demographic. However, the event is also a destination for sales and marketing professionals, executives, consultants and academics.

The next iteration of the Applied Power Electronics Conference (APEC) is scheduled for March 19–23 in Orlando, Florida. Running for over 35 years, the annual event gathers thousands of electronics engineers, executives and professionals for five days of workshops, networking, product exhibitions and other sessions.

According to APEC’s website, registration for the 2023 event will open in November, and a list of exhibitors will be available in early 2023. Organizers recently started accepting technical paper submissions and seminar/session proposals.

The 2022 event, held last March in Houston, brought a turnout of 3,004 attendees and 198 exhibiting companies across 38 countries. Most of the market’s leading players showcase their products/services at APEC annually.