Opinion: Japan’s “Clean” Hydrogen From Australia Is a Dirty Breakthrough

Opinion: Japan’s “Clean” Hydrogen From Australia Is a Dirty Breakthrough

Earlier this year, the two nations successfully transported liquid hydrogen across the Pacific for the first time. For countries with limited options for renewable energy, the implications are massive. 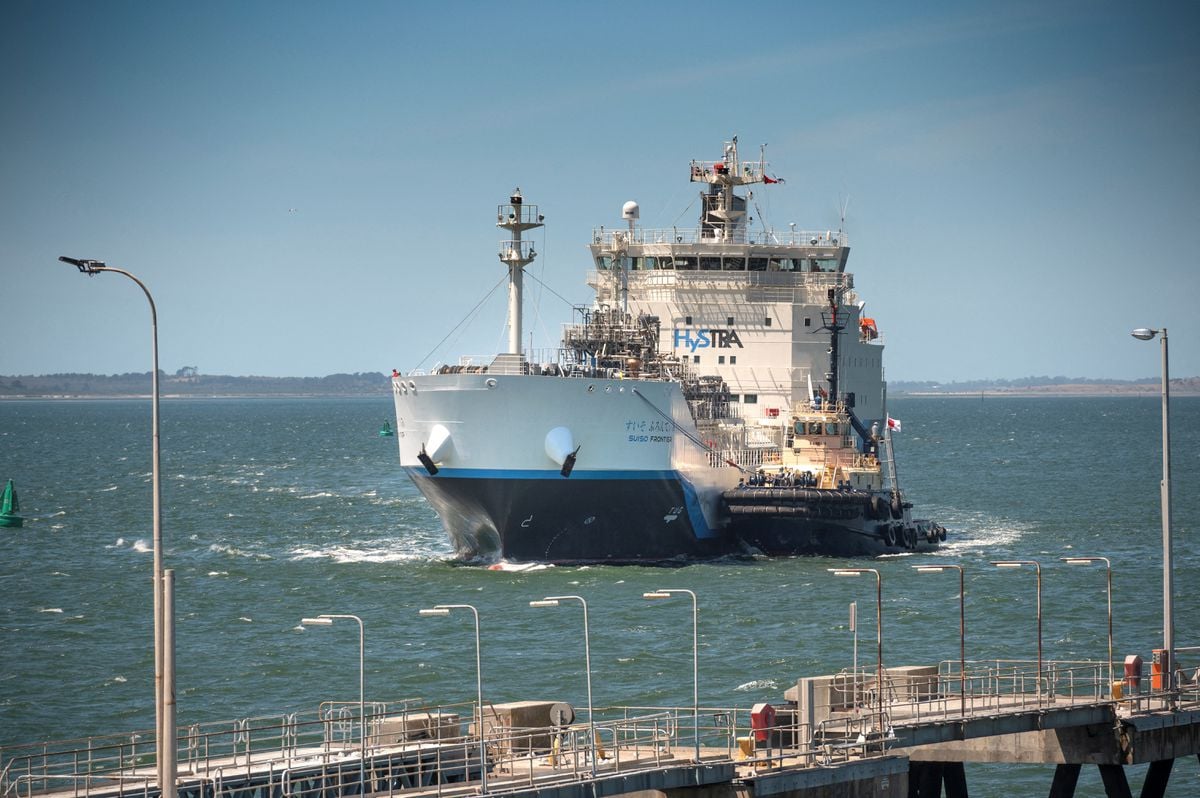 The Suiso Frontier arriving at the Port of Hastings in Australia. Image used courtesy of HySTRA, via Reuters

The successful trip is a first for the two nations’ Hydrogen Energy Supply Chain (HESC) Project, whose purpose is to demonstrate the feasibility of transporting energy-rich liquid hydrogen across the Pacific. Should the project prove viable at scale, it would make for a boon to the decarbonization plans of Japan and other countries whose clean energy transitions are strictly limited by geography.

South Korea, for instance, is forced by its dearth of natural resources to import nearly all of its fossil fuel, which constitutes 87% of the country’s energy mix. The story is almost identical in Japan, which after the 2011 Fukushima disaster was forced to drastically reduce its use of nuclear power. Though each has invested in alternative renewable sources such as solar and wind, neither country has the huge swaths of open land and coastline necessary to rely entirely on either.

South Korea (left) and Japan are both heavily reliant on fossil fuels, almost all of which they import. Images [modified] used courtesy of the Energy Information Administration

So to fill the void, both are banking heavily on hydrogen to drive their respective efforts to craft net-zero economies. And they might be on to something, because HESC’s maiden voyage represents an energy breakthrough.

At room temperature and pressure, gaseous hydrogen only holds about 0.003 kilowatt-hours (KWh) of energy. As the pressure increases, so too does energy density. Problem is, hydrogen gas is such a tiny molecule that when pressurized it tends to escape any confinement vessel.

Liquified hydrogen, though, holds more than 800 times the energy at 2.3 kilowatts per liter, and its transportation, while difficult, is indeed practical. A kilogram of liquid hydrogen holds 39.4 KWh of electricity, and when it combines with atmospheric oxygen in a fuel cell to produce that electricity, the only “emission” is clean water. 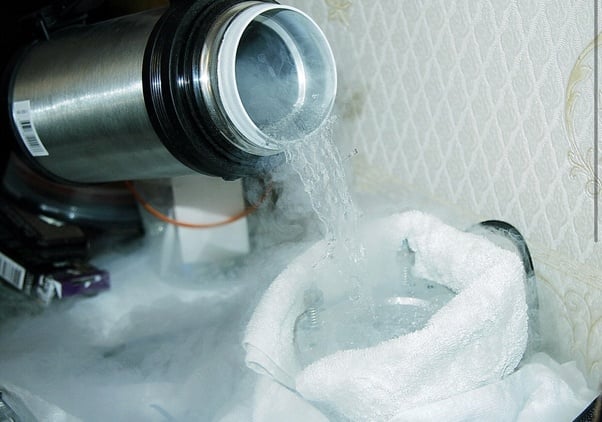 Still, enticing as it is, liquid hydrogen presents its own myriad challenges.

Much of its energy must be spent in the liquefaction process, which necessitates lowering the temperature of gaseous hydrogen to -253 ℃. Later, still more energy must be expended in maintaining liquefaction. Complicating things further, tanks must be expertly vented lest too much of the H2 escape while stored, some of which inevitably will.

But, if industry could manage to liquefy hydrogen, store it effectively, and transport it with minimal loss, the results would be far-reaching. That’s why the collaboration here between Japan and Australia is so exciting: Imagine a future with fleets of supertankers carrying pollution-free power to energy-starved regions, anywhere in the world!

The Scope of the Project

HESC does not represent the immediate provision of vast amounts of energy to Japan; rather, it is the first demonstration of a practical, industrial-scale system for doing just that.

The scheme is illustrated below.

Once produced at a site in Australia’s Latrobe Valley, gaseous hydrogen is transported to a seaside facility in Hastings on the country’s southern coast, where it is liquified and loaded onto the specially-designed Suiso Frontier. The Suiso then makes the 16-day voyage to Kobe, Japan, where it deposits the liquid hydrogen for storage until use.

Australia and Japan tout HESC as a pilot for a truly sustainable hydrogen supply chain. But milestone though it may be, it must be noted that the project as it exists now is anything but clean.

To procure gaseous hydrogen, HESC employs some exceptionally dirty brown coal found in the Latrobe Valley. And there’s a particular reason for that—the coal is in fact so dirty, so low in energy content, and so difficult to transport as to be virtually worthless in the export market. 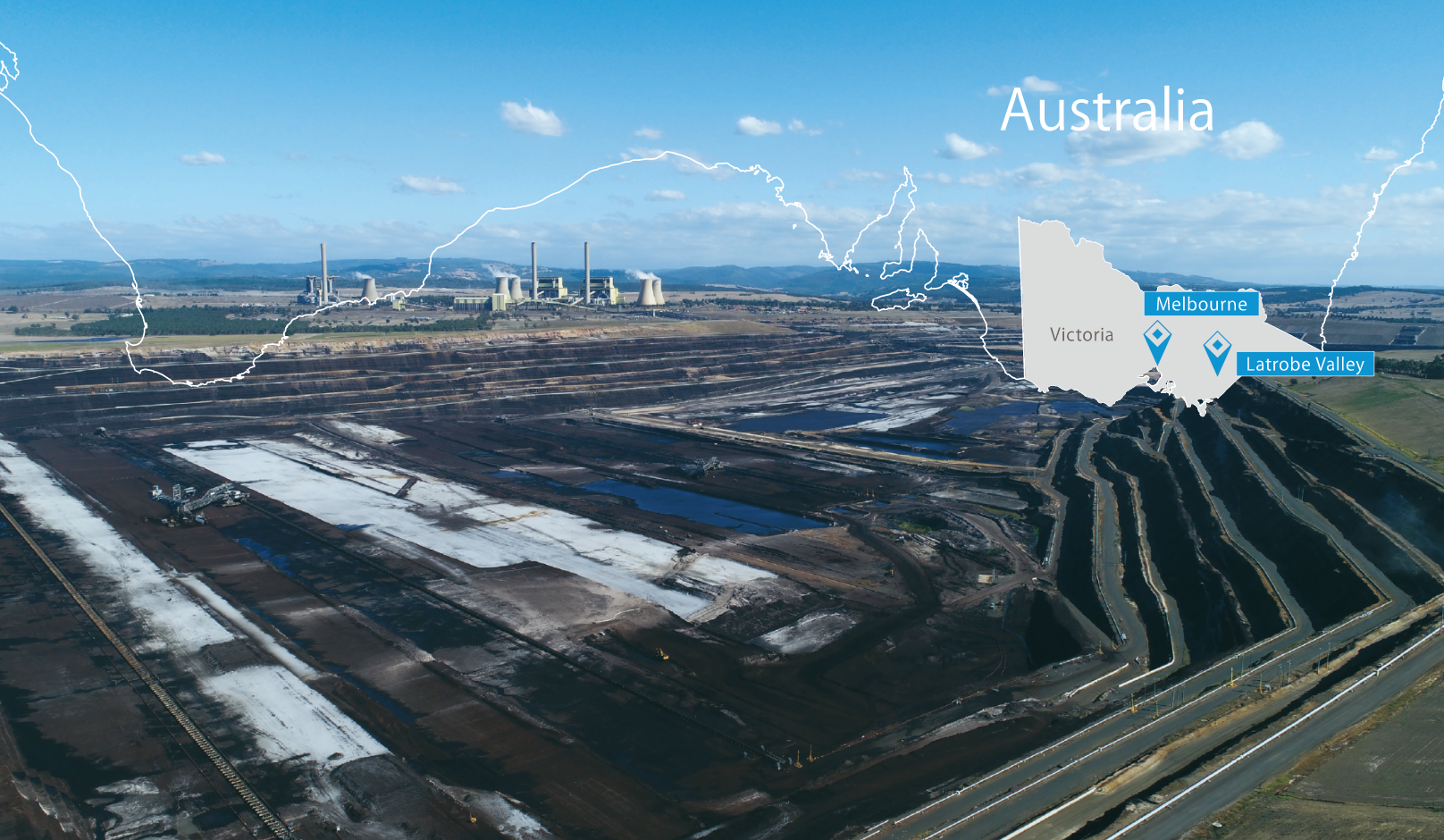 Once procured, that coal is used to fuel steam methane reforming, a process by which methane reacts with steam in the presence of a catalyst to produce hydrogen. The process is by its very nature unsustainable, as it is invariably fueled by the same fossil fuel, be it coal or natural gas, used as the source of the methane. Worse still, the necessary chemical reaction results in by-products of carbon monoxide and carbon dioxide, each of which escapes into the atmosphere.

Add transportation of the hydrogen first to the liquefaction plant, then to the coast, then 9,000 km to the Port of Kobe via a ship that must then make the trip back with an empty tank, and you have a truly massive carbon footprint. Most international freight liners, to hammer home the point, operate on a type of fuel known as “bunker fuel,” a thick sludge that when burned produces seriously noxious emissions.

Every Supply Chain Needs a Foundation

Despite the dirty start, it should be kept in mind that the purpose of the project is to demonstrate feasibility, to create the basis of a hydrogen-based supply chain. It has done so.

The loading facility in Australia and the receiving facility in Japan are both up and running. The small Suiso Frontier has shown that it can successfully transit liquified hydrogen across the vast Pacific, and it has successfully made foreign-sourced, energy-rich hydrogen available to Japan.

Larger ships than the Suiso Frontier can be built. More efficient means to freeze and store liquid hydrogen will be developed. Both the loading and receiving facilities can be enlarged and improved. Solar farms can be installed locally, à la Anglo American’s Mogalakwena operation in South Africa, to power electrolysis with clean energy. Diesel-guzzling trucks can be replaced with those driven by powerful lithium-ion batteries, and giant freighters should one day be weaned from their bunker fuel.

So while HESC’s use of thoroughly dirty fuel to produce and then transport hydrogen dubbed “clean” looks on its surface to be self-defeating, perhaps Japan and Australia are simply trying to solve only one problem at a time. Now, the foundation has been established. Problem one has been solved.

And that’s the point here.