There has been significant development in solar energy technologies recently. Recent advances include ultra-efficient solar cells and commercial perovskite photovoltaics (PVs). This progress will continue for many years as more and more experimental solar cell technologies are moving toward commercialization. 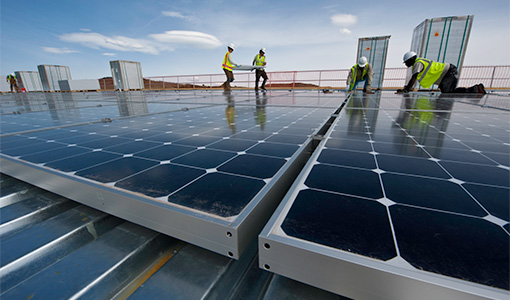 Researchers at the National Renewable Energy Laboratory (NREL) are coming up with innovative solutions and analyses that will fuel the commercialization of new technologies and make the shift toward decarbonization possible.

In the era of energy transition, many nations have declared their decarbonization goals. For instance, the United States wants to decarbonize the electricity grid by 2035. These goals will lead to significant annual solar panel deployment and increased material usage. This trend means that the growth would require a scale-up of photovoltaics manufacturing and installation. However, analysts predict material shortages for such a scale-up.

Besides manufacturing, there is another concern associated with the solar modules' end-of-life management. One approach to resolving these issues is establishing a circular economy, enabling a more resilient supply chain. The idea involves recovering photovoltaic materials and recirculating them throughout the economy to minimize material extraction from their ores and landfill waste.

When considering such an economy, recycling seems like the dominant approach. However, there are various strategies and technology designs for photovoltaics, such as lifetime extension, closed-loop recycling, and module remanufacturing.

Researchers at NREL report a lack of analysis comparing and evaluating the environmental impacts and the manufacturing requirements of different circular strategies. They compared them in broad "what-if" scenarios with the PV in Circular Economy Tool (PV ICE).

The researchers considered 336 different scenarios combining a range of module lifetimes and recycling rates, two of which represent upper bounds with 50-year lifetime solar modules and lower bounds with 15-year modules. They compared these results with a baseline scenario assuming a 35-year module lifetime and a low recycling rate, which is a realistic model considering current manufacturing technology.

Researchers discovered that longer module lifetimes could reduce the demand for new materials by 3 percent relative to the baseline scenario. Also, they suggest that low lifetime modules must reach recycling rates of 95 percent to be comparable with the baseline situation.

For this analysis, the NREL's PV reliability group created an open-source tool called PV ICE that leverages the latest data of the photovoltaic industry to predict the effects of various technological developments and market trends.

The tool consists of two main parts. The first part includes data files with properties of current PV modules, including the quantities of different materials they contain, their expected lifetimes, their power conversion efficiency, and others. Another part models these modules, materials and their energies, and how they will behave throughout the PV lifecycles. 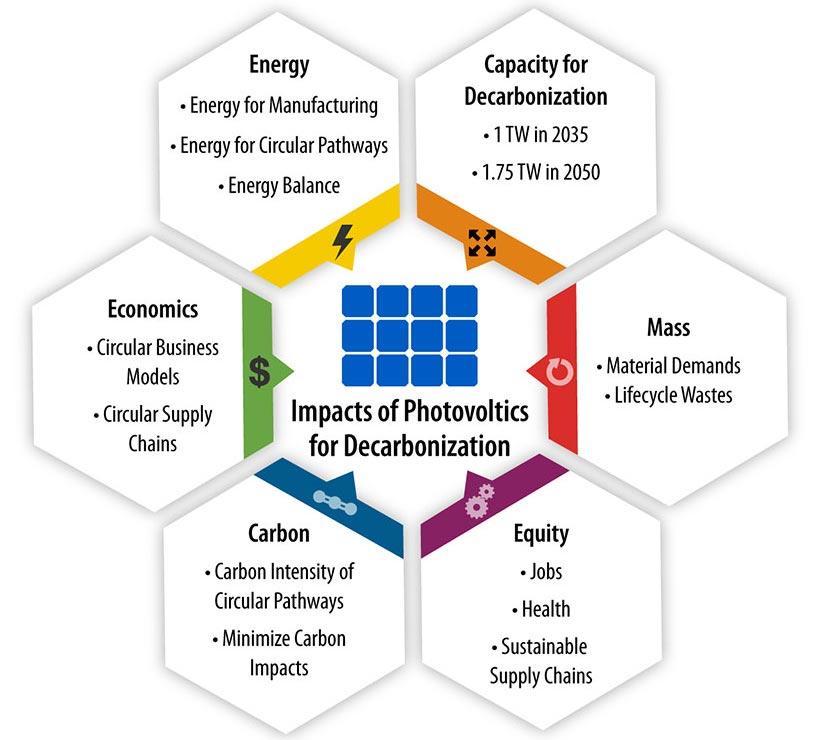 The analysis conducted by the NREL researchers aims to guide how to design and deploy solar cells most sustainably and predict how the materials will flow in the era of energy transition.

The researchers at NREL recently published two papers highlighting the improvement in III-V solar cells. The III-V materials are named because of where they are located on the periodic table.

These solar cells have two bandgaps tuned to different wavelengths of light. Therefore, the materials respond to a broader spectrum and can convert more solar energy to electricity. III-V solar cells have demonstrated a power conversion efficiency of more than 46 percent under concentrated sunlight in labs. However, this efficiency is achieved at the cost of increased complexity and manufacturing cost. Therefore, these solar cells are only economical for satellites and extraterrestrial rovers. 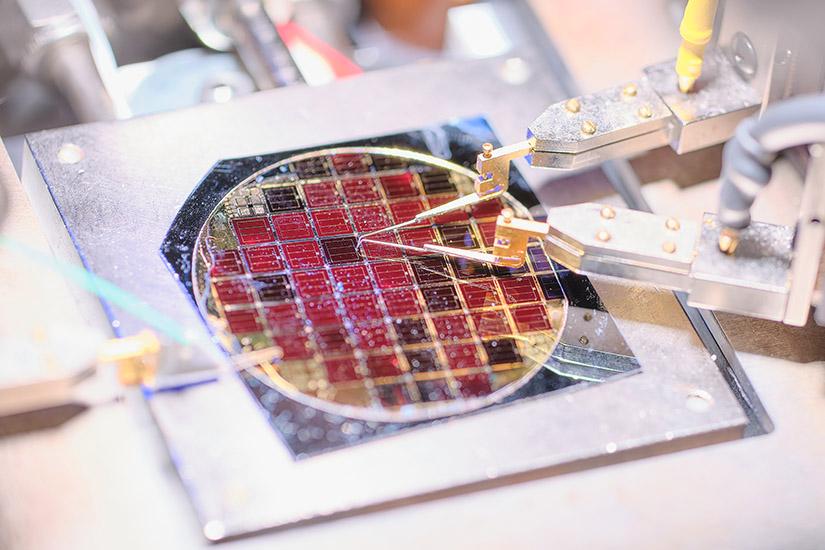 There are two methods to produce III-V solar cells: hydride vapor phase epitaxy (HVPE) and organometallic vapor phase epitaxy (OMVPE), in which thin films are created inside a reactor by depositing or growing III-V material vapors on top of a substrate. The NREL researchers improved the HVPE method and developed D-HVPE, a dual-reaction chamber to make these cells quicker and cheaper.

In a paper published in the journal Progress in Photovoltaics, a group of five researchers at NREL developed an III-V solar cell with 26 percent efficiency using D-HVPE. The cell consists of aluminum indium phosphide (AlInP) and gallium arsenide (GaAs) materials.

As the aluminum monochloride would deposit on the reactor walls before reaching the substrate, the researchers used aluminum trichloride for improved performance.

The other paper, published in Advanced Energy Materials, suggests another way to reduce costs for III-V solar cells. The current manufacturing process could lift off a cell from a GaAs substrate so the substrate can be reused. However, it leaves behind surface residue, lowering the performance of the cell. Therefore, the substrate has to undergo polishing regularly.

Researchers at NREL and the Colorado School of Mines say that by fabricating new devices without polishing, one can extend the number of reuses. Existing technology to separate the cell from the substrate takes around six to eight hours. On the other hand, spalling the layers only takes seconds. 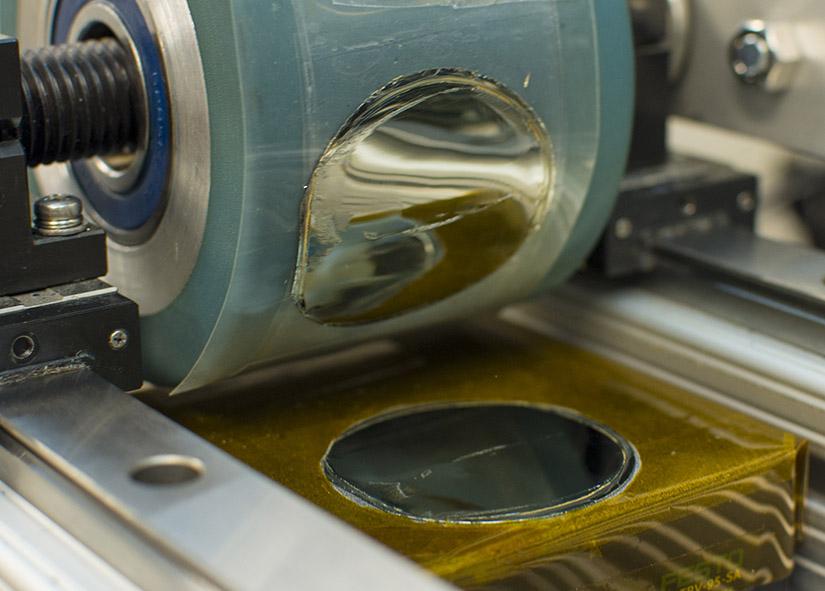 The controlled fracturing process to remove the solar cell from the substrate. Image used courtesy of NREL

The researchers grew a single-junction III-V solar cell with the OMVPE process and achieved an efficiency of 23.8 percent. The decreased efficiency is because spalling creates defects that reduce the cell's performance. The researchers mention that by using the D-HVPE process, the defects can be reduced.