Organic solar cells (OSCs) are one of the emerging photovoltaic technologies as they are less expensive to manufacture and feasible for large-scale power generation. Organic solar cells use organic polymers such as graphene to absorb light.

Solubility of the organic material is one of the benefits of the production process of organic solar cells, as the light-absorbing materials are usually made into thin films. Due to these advantages, organic solar cells have been studied for many decades.

The OSCs were earlier made of only single material. However, it is difficult to improve efficiency. Therefore, an active separation layer containing donor and acceptor materials is added to split the positive and negative charges. This complicates the structure, results in efficiency losses, and induces inabilities at the interfaces.

Researchers at Te Herenga Waka Victoria University of Wellington and the MacDiarmid Institute for Advanced Materials and Nanotechnology, leading a collaboration with the University of New South Wales and Peking University, have recently reported in a paper published in Nature Communications that a new organic material named Y6 can rapidly split electrons and holes upon being excited by light. The researchers believe that the material can improve power conversion efficiency and allow for simpler designs comparable to traditional solar cells.

Y6 is a small molecule non-fullerene fused-ring electron acceptor (FREA) that enhances the power conversion efficiency in OSCs. The charge generation of the Y6 increases with increasing light intensity. This behavior is because Y6 has a very high refractive index and hence, high complex dielectric constants, which leads to majority free charge generation upon excitement to light.

To prove these charge dynamics, the researchers used ultrafast transient absorption, photoluminescence up-conversion, and time-resolved terahertz spectroscopy and identified the decay rates of free electrons. The spectroscopy results revealed that 60-90% of the excitons were generated for free charges at a particular light intensity. They demonstrated that free electrons in the Y6 material behaved entirely different than expected. 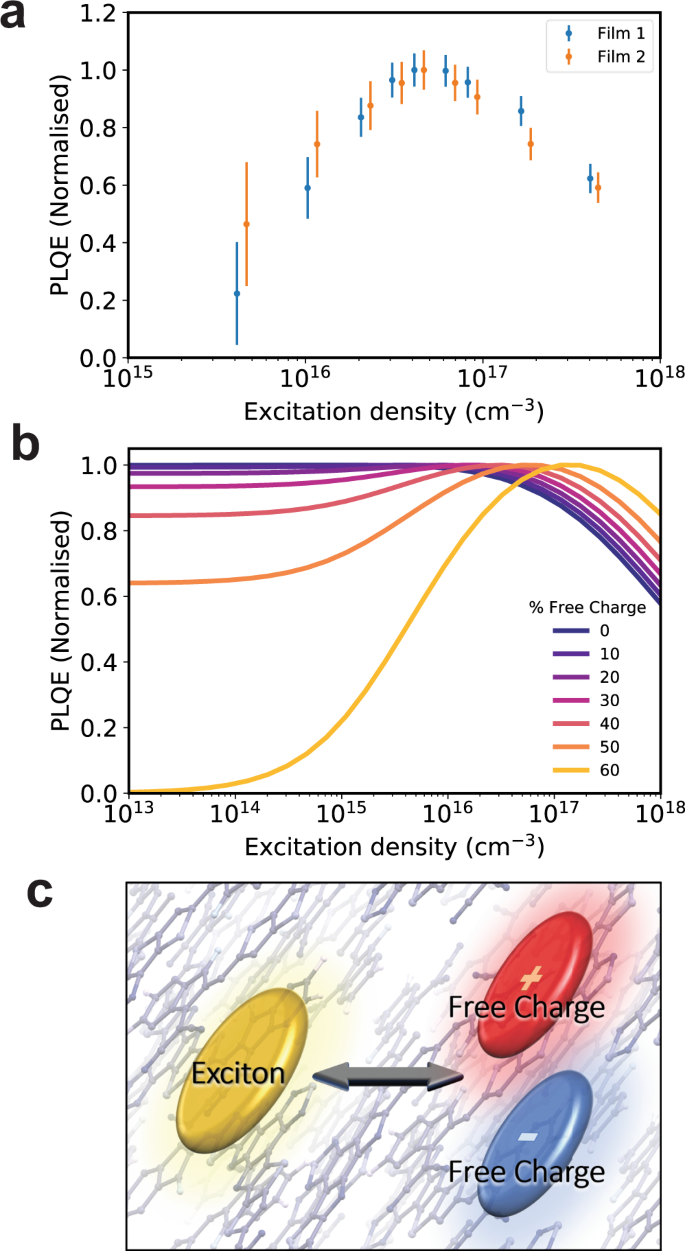 The study has opened an entirely new path for decades-old problems associated with organic solar cells.

“Our results challenge how current OPVs operate and renew the possibility of efficient single-component OPVs,” said the researchers.