A demo unit from Caltech containing three solar power research experiments was launched into space via the SpaceX Transporter-6 mission.

Hitching a spot on SpaceX’s Transporter-6 rideshare, the California Institute of Technology (Caltech) launched its solar research prototype into space for the first time—aiming to demonstrate a novel process to collect sunlight, convert it to electricity, and wirelessly route it over the long distance back to Earth. 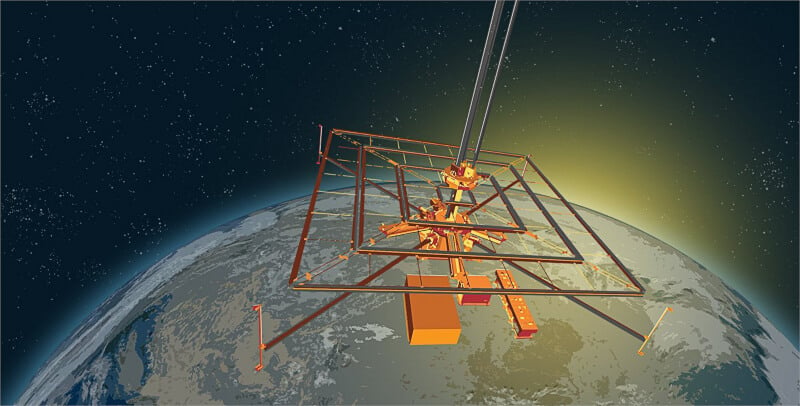 How it Works: Trio of Experiments Aboard the Prototype

The research probe encapsulates three experiments: DOLCE (short for Deployable on-Orbit ultra-Light Composite Experiment) validates the design, packaging, and deployment mechanisms that would make up a power station in space; ALBA puts 32 types of PV cells to the test of withstanding space’s environment; MAPLE (or Microwave Array for Power-transfer Low-orbit Experiment) contains an array of lightweight microwave power transmitters to demonstrate wireless power transfer over long distances. The unit also includes a set of electronics linked to the Vigoride computer, a vehicle developed by California space transportation firm Momentus that controls the experiments.

Today, we launched our 2nd demo flight w/@SpaceX. Following deployment from Falcon 9, we established contact w/Vigoride on its first orbital pass & confirmed that both solar arrays are deployed, & the vehicle is generating power & charging its batteries.https://t.co/pa6TDuOrcr

The launch was a significant milestone for the Caltech Space Solar Power Project (or SSPP), which has been underway for over a decade, starting in 2011. A team of 35 people developed the three prototypes within the demo unit, including graduate students, postdocs, faculty, and other scientists. The group plans to assess its performance fully within the next few months.

The larger goal is to engineer a large-scale solar power deployment method that avoids current solar panels’ technical limitations and cost constraints. As SSPP explains on its website, pairing solar power and radio frequency electricity conversion on one vehicle removes the need for a power distribution network across the design, thus saving additional weight and providing more room for scalability.

Gama says on its website that the demonstration includes a 26-pound cubesat to deploy and control the 789-square-foot sail, developed with the idea of drawing energy from the sun for photonic propulsion as photons bounce off the body’s reflective surface. At its final phase, the Alpha unit will deorbit the satellite.

Gama plans to launch a second mission to demonstrate sustained unit navigation in the future.