NASA, Solestial, and Emrod are among companies exploring space-based solar power generation and transmission to enhance the upcoming return of humans to the moon and address climate change issues.

Companies and organizations worldwide are looking to space to source solar energy to power the energy transition on Earth and continue exploration on the moon. This article will explore the latest industry news concerning solar cell and solar panel technologies and wireless power-beaming technology for space-based solar power (SBSP) applications. 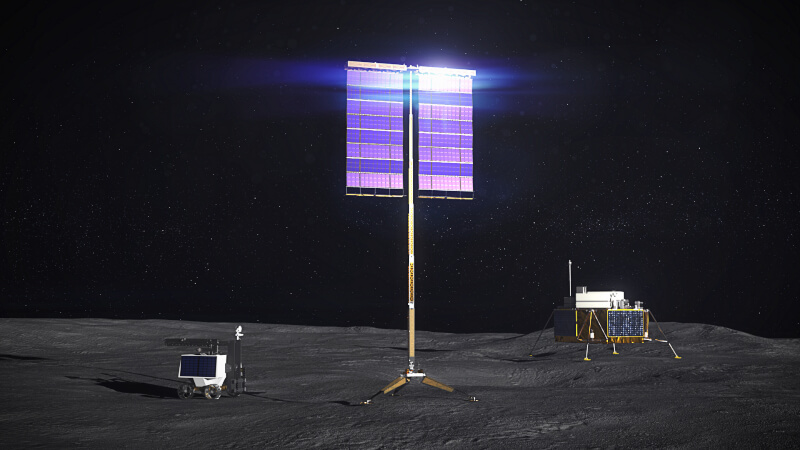 A depiction of a vertical solar array being used as a source of power on the moon’s surface. Image used courtesy of NASA

In a previous article from EE Power, we learned about NASA’s lunar Artemis program for further exploration and habitation on the moon. To provide power to forms of transport (such as the lunar rover) and for areas of habitation, NASA is supporting the development and future deployment of vertical solar arrays. Designed for autonomous deployment, these arrays reach up to 32 feet high. These solar arrays will also be retractable to enable relocation.

The three companies that NASA chose to design, construct, and test the solar array prototypes include:

Solestial, Inc. is a silicon solar cell technology company for space-based energy-generating applications. The company’s cells are designed to be extremely thin, lightweight, and self-healing at average operating temperatures (80 degrees Celsius or below) after exposure to damaging radiation. Solestial began its journey at Arizona State University under the initial name of Regher Solar. After more than a decade, the company believes it has found an economical and scalable solution that can meet the demand of the satellite industry. 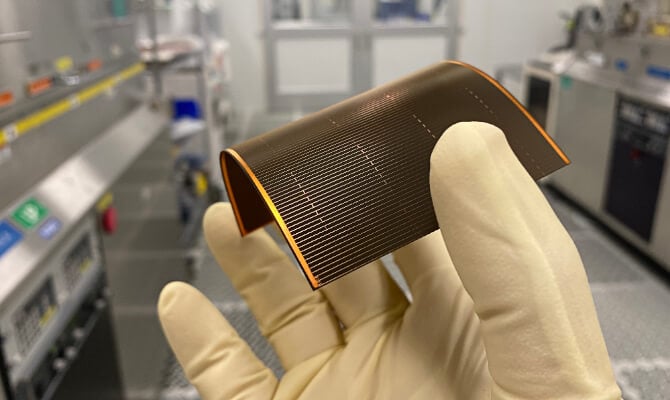 According to McKinsey & Company, more than 70,000 satellites could soon enter the Earth’s orbit. Solestial says the number of operational satellites is projected to grow from 5,000 to more than 100,000 by 2030.

Solestial’s solar cell and panel technologies are designed to enable high-volume production with automated manufacturing at 90 percent lower cost than competitors offer. The technology is also designed to withstand the harsh conditions of space for up to 10 years in low Earth orbit (LEO). The idea is to provide a resilient solution for long space missions in LEO, cislunar space (the volume within the moon's orbit, or a sphere formed by rotating that orbit), and exploration on the moon. Solestial’s technology might even be used to source SBSP for Earth.

Solestial has announced closing a $10 million seed round led by Airbus Ventures. Other participants included AEI HorizonX, Industrious Ventures, Stellar Ventures, and others. Celestial intends to use funds to elevate production efforts and strengthen customer engagement. These activities will run alongside the continued ground and flight testing and research and development.

WPT conversion efficiency aims to maximize the amount of energy that can be transferred from a transmitter to a receiver.

Other collaborators who believe in using SBSP to enrich sustainable energy use on Earth and achieve Europe’s Net Zero by 2050 emissions goals include Airbus and Technocarbon. 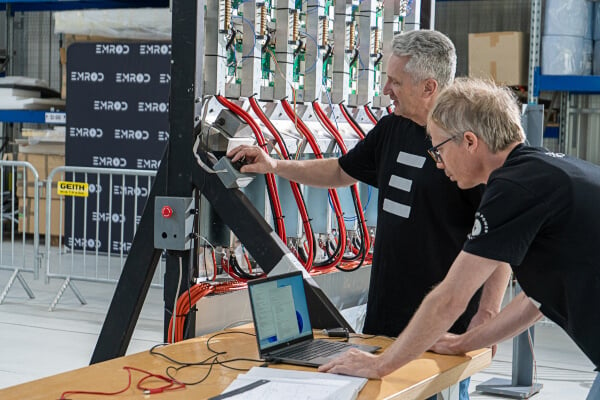 The power-beaming technology forms a part of the foundations of the ESA’s proposed SBSP preparatory program, Solaris. Results of the demonstration will be reported at the upcoming ESA Council at Ministerial Level later in 2022.