Researchers earlier developed an energy storage system that captures sunlight and stores it for up to 18 years. They have now succeeded in creating a chip-scale on-demand electricity generator by connecting thermoelectric generators.

The demand for portable power is constantly expanding, creating the need for compact technologies that can deliver and store energy. To address these needs, researchers at the Chalmers University of Technology in Sweden and Shanghai Jiao Tong University have developed a breakthrough technology for energy storage.

In their earlier study, the researchers reported molecular solar thermal (MOST) systems capable of storing solar energy as chemical energy and releasing it when needed. They now combine microfabricated thermoelectric generators (TEGs) with the storage system to produce electricity when solar energy is not available.

In 2018, the researchers came up with a novel molecule, made from carbon, hydrogen, and nitrogen, capable of transferring into an energy-rich isomer upon exposure to sunlight. The isomer is essentially the same molecular composition but with a different arrangement. The isomer can store the energy for up to 18 years.

They also developed a catalyst to release the energy. When the energy-rich liquid passes through the catalyst, it warms the liquid and reverses the reaction, converting the molecule into its original form. The molecule can then be reused for further storage.

In 2019, the researchers used this technology in a window film that could regulate the indoor temperature by capturing the solar energy and releasing it as heat when required.

In 2020, the researchers have been granted 4.3 million euros from the European Union and 12 million dollars from the Swedish Research Council. In 2021, they received the highly prestigious consolidation grant from the European Research Council. Moreover, in the same year, Kasper Moth-Poulsen, a professor at the Department of Chemistry and Chemical Engineering at Chalmers and the researcher coordinator, received the Göran Gustafsson prize for developing the novel molecule.

They have now combined the thin-film MOST systems with microelectromechanical (MEMS) TEGs to develop a chip-scale solar power generator. 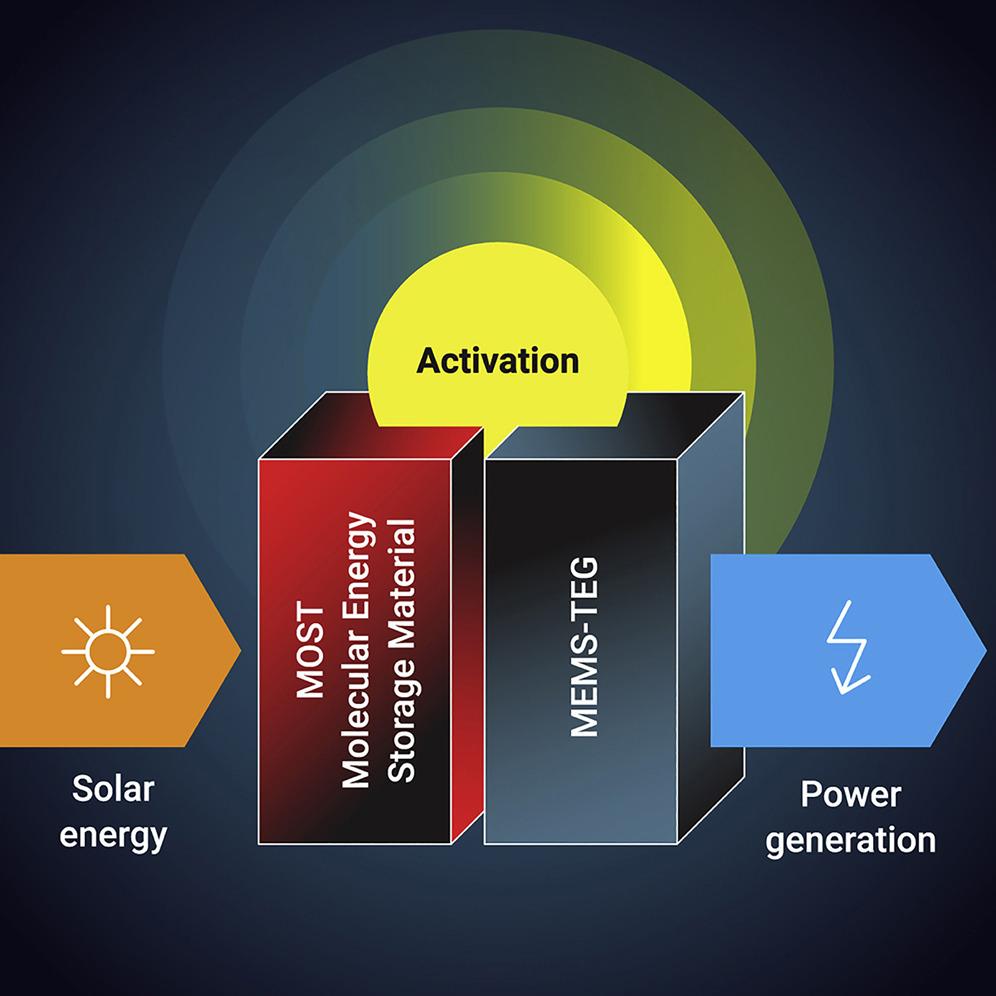 Illustration of the MOST Systems. Image used courtesy of Chalmers University

In their new study, the team investigates new materials that can store solar energy and release it through photochemical reactions. The new MOST material can photoisomerize to a high-energy state upon exposure to sunlight. The reaction can be reversed using different processes, such as thermal, catalytic, electrolytic, and photo-induced conversion. 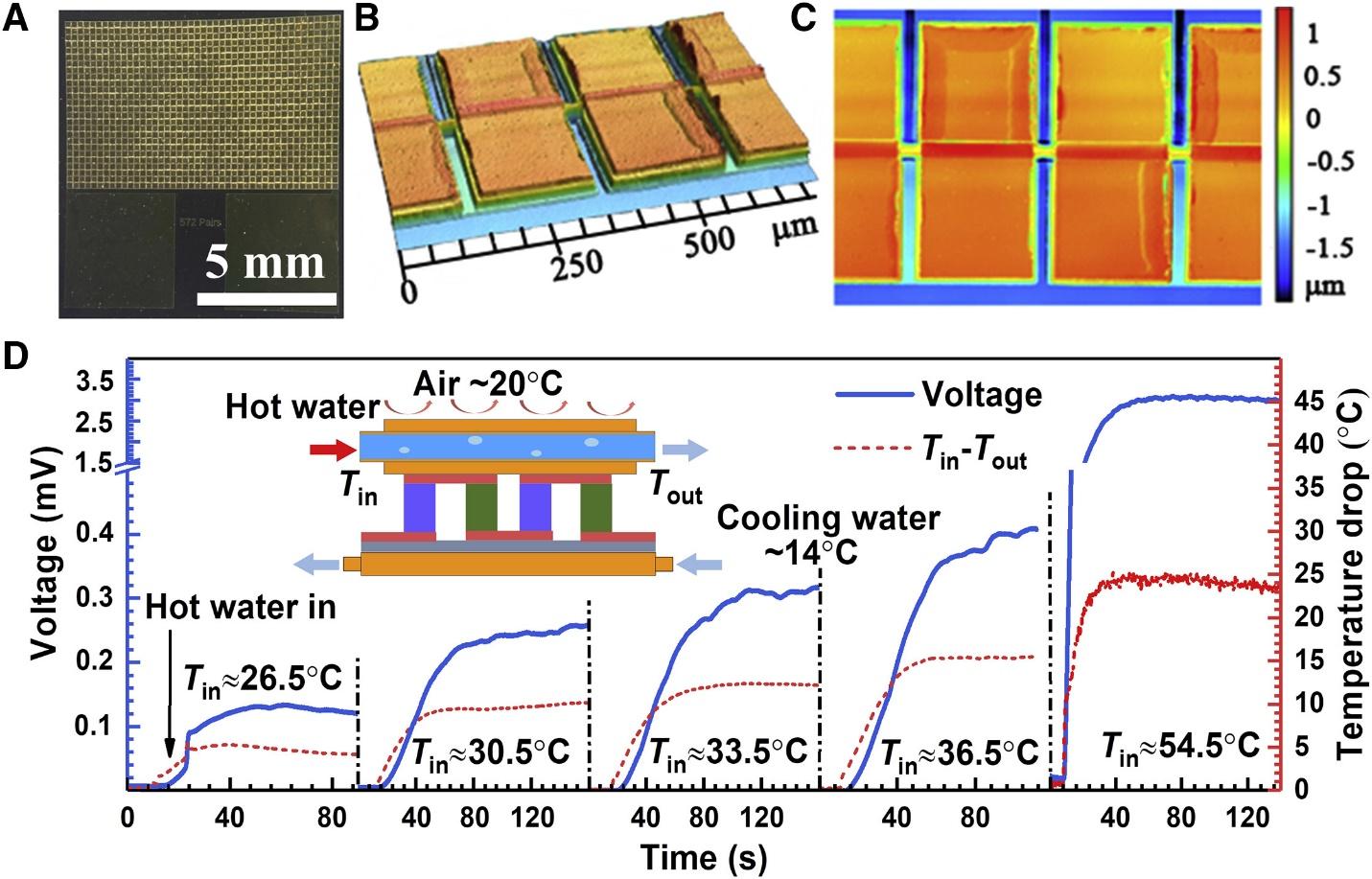 Performance of the MEMS TEGs used in the study. Image used courtesy of Chalmers University

The fabricated chip consists of 572 TE modules that are only 1 um thick. The generator can produce a power output of up to 0.1 nW. The researchers believe that their novel method has the potential to solve the most common issues related to solar energy: intermittency and low efficiency. 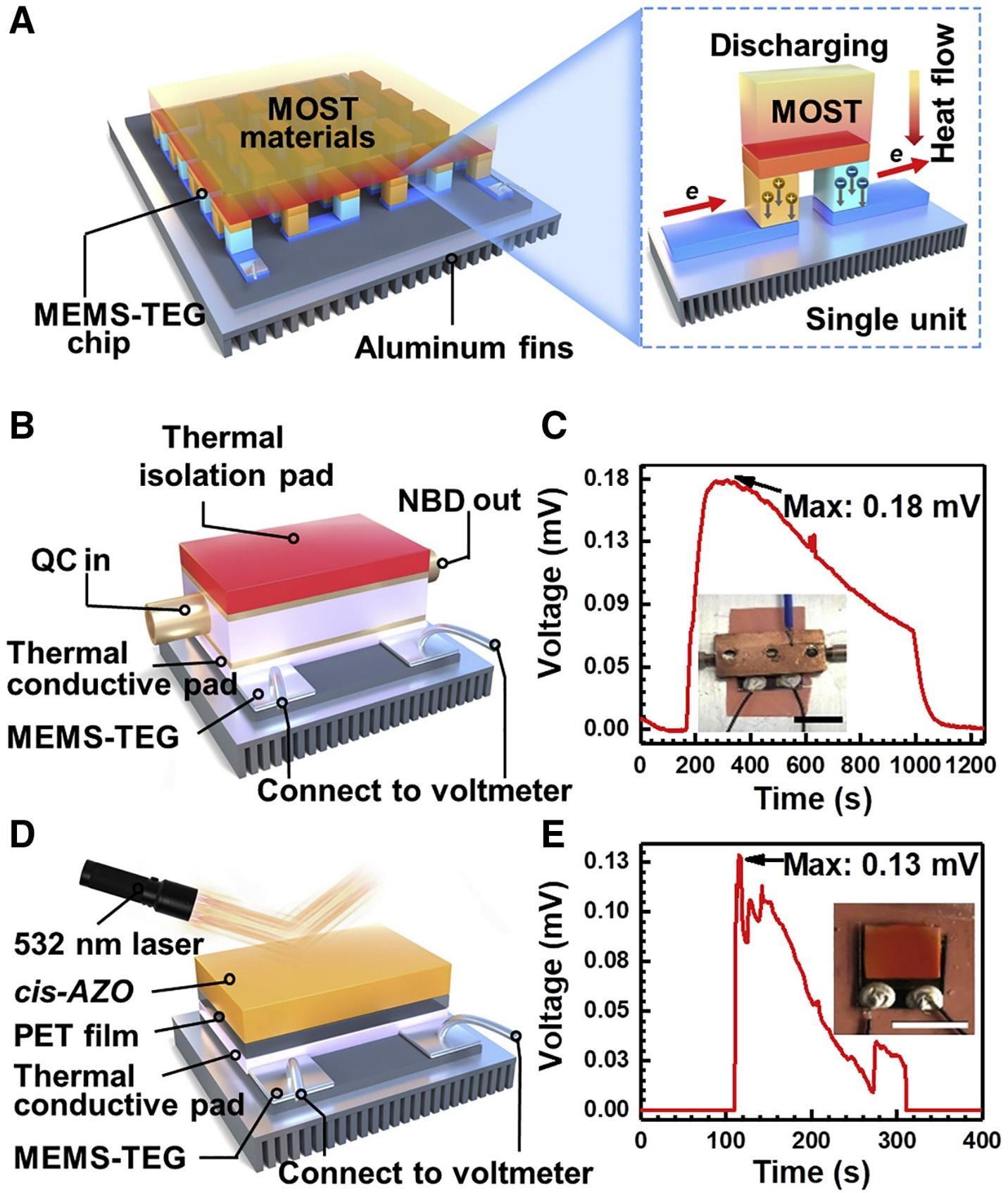 Zhihang Wang, a researcher from the Chalmers University of Technology, comments on the potential applications of their chip, "The generator is an ultra-thin chip that could be integrated into electronics such as headphones, smart watches and telephones. So far, we have only generated small amounts of electricity, but the new results show that the concept really works. It looks very promising."

What is Next for MOST Systems?

While this technology looks very promising, there are significant technological hurdles to be overcome before commercialization.

The temperatures accessible by the TE modules are significantly lower to be used for electricity generation compared to traditional TEGs. The next step can be to overcome the inefficiencies by matching the MOST system with high-sensitivity and efficient TE modules to harvest the low-grade thermal energy.