This wave of volatility comes as the global record of confirmed coronavirus cases tops 90,000, as of March 2, with a death toll of over 3,000. Last week, community outbreaks in South Korea, Italy, and Iran served as a tripwire for warning alarms echoing across the rest of the world. Now, less than a week after the U.S. Centers for Disease Control stated that the virus’ spread in the U.S. is imminent, more than 100 cases have been confirmed across several states.

The vast majority of cases worldwide, nearly 67,500 reported, remain in China’s city of Wuhan and the larger Hubei province, where the outbreak originated in December. Wuhan is a major player in China’s semiconductor sector, home to more than 100 chip design, manufacturing, packaging, and testing operations, according to the South China Morning Post. 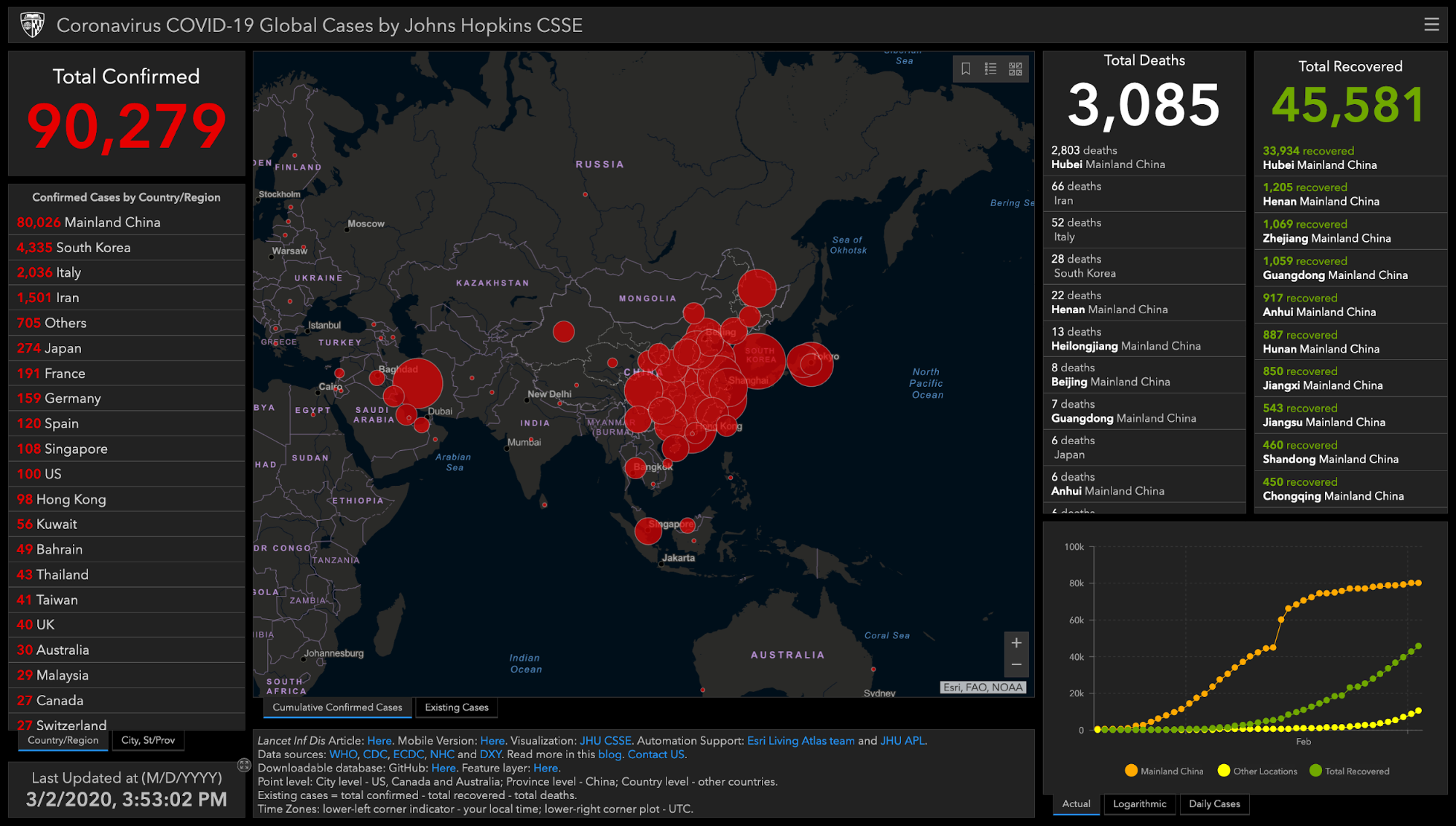 In the days leading up to late-February’s record stock market volatility, semiconductor companies around the world were already preparing for the inevitable disruption of their supply chains as new coronavirus cases are reported worldwide.

Throughout the month of February, several semiconductor suppliers revealed that their earnings for the next quarter will suffer losses due to the spread of the virus.

NVIDIA Corp is projecting a $100 million hit due to the outbreak. Diodes Inc., which recently re-started production at its facilities in Shanghai and Chengdu, warned that the effect on supply chain and customer demand is still unclear, as more than 80% of the company’s workforce lives in China.

Lenovo, which has a large factory in Wuhan, warned of delays and constraints and is increasing production in factories outside of China in response. Taiwan-based Foxconn Technology Group, the world’s largest iPhone assembler, has also said it is working to expand its plants outside of China while also warning that revenue will take a hit.

Many major semiconductor stocks fell last week as companies across the electronics industry took a hit as worries surrounding the virus expanded. 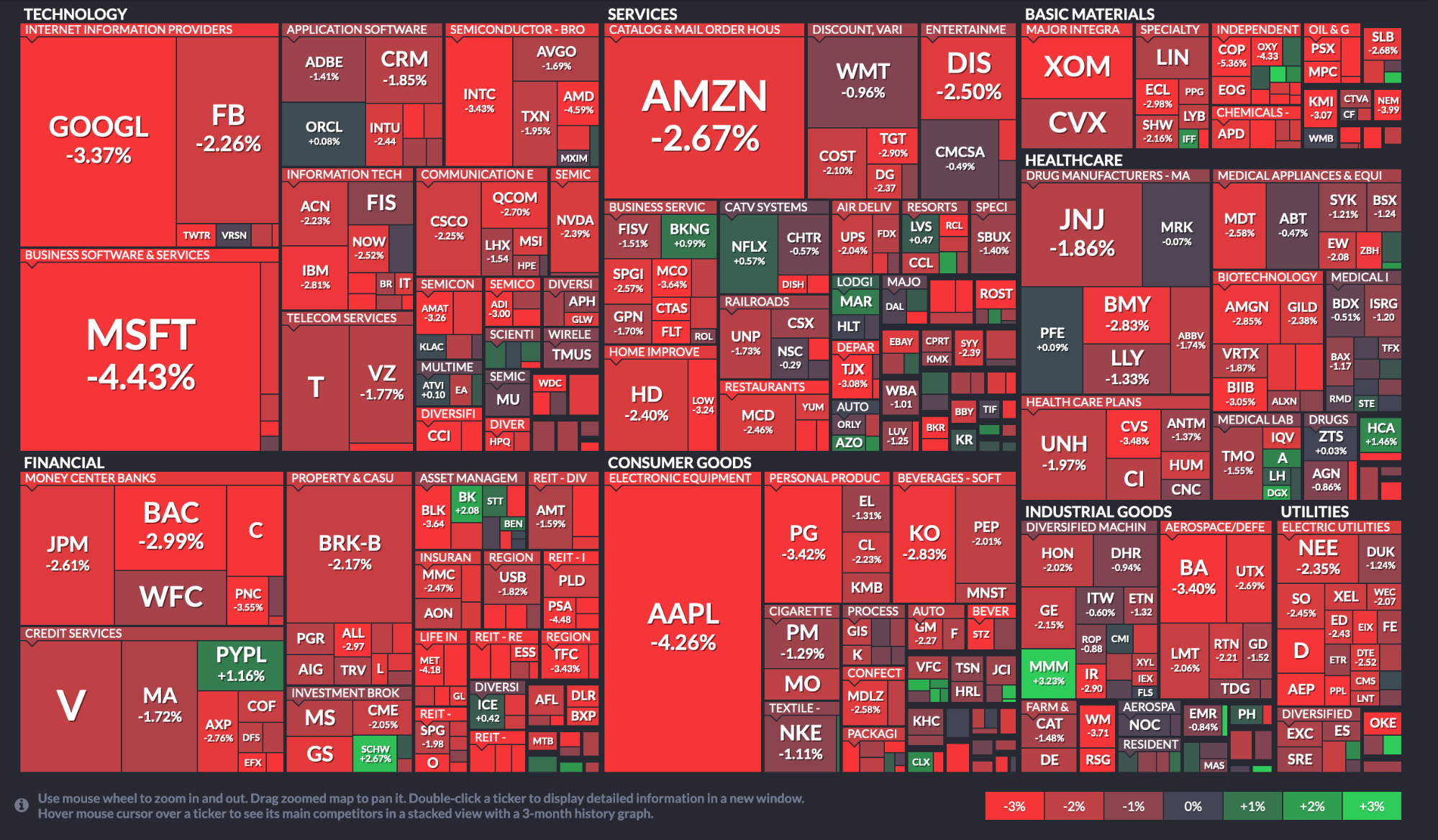 FINVIZ’s map shows Standard and Poor's 500 index stocks broken up by sectors and industries. This screenshot was taken on Thursday, February 27, amid growing fears of a coronavirus pandemic. Image courtesy of FINVIZ.

Experts have said chip production in China will likely see limited impact from the crisis, while market segments that rely more heavily on human labor, such as display panel manufacturing, will likely see a reduction in production volume. But the more important factor will be the slipping demand for chips as the economic fallout of the crisis unfolds in the coming months.

Other suppliers are reigning in their participation in this year’s conference season. Texas Instruments, Infineon, STMicroelectronics, and ROHM Semiconductor are among the 100+ companies that pulled out of exhibiting at the Embedded World conference in Nuremberg, Germany.

However, the Applied Power Electronics Conference (APEC) which will be held in New Orleans, Louisiana, March 15 through March 19, has yet to see the same action from companies in the power space. According to the APEC website, conference directors are “closely monitoring any specific travel advisories through official channels which include the World Health Organization (WHO) and the Louisiana State Department.”

APEC sent out a press release today amid growing concerns for the safety of its attendees stating that the conference will proceed as planned. The press release noted that conference directors will be enforcing a “no handshake policy” and will make antibacterial hand sanitizer freely available throughout the conference center.

For now, the Centers for Disease Control is advising U.S. businesses to encourage sick employees to stay home, promote handwashing and other hygiene measures, and routinely clean commonly touched surfaces.