U.K.-based Pulsiv has developed a new technology to efficiently convert AC to DC.

As ways to address climate change, solar and wind power and electric vehicles (EVs) get most of the attention. There are thousands of other approaches that can and must be implemented to prevent cataclysmic global warming. Chief among these is efficiency, and doing more with less is a primary concern when building devices, particularly electronic devices. 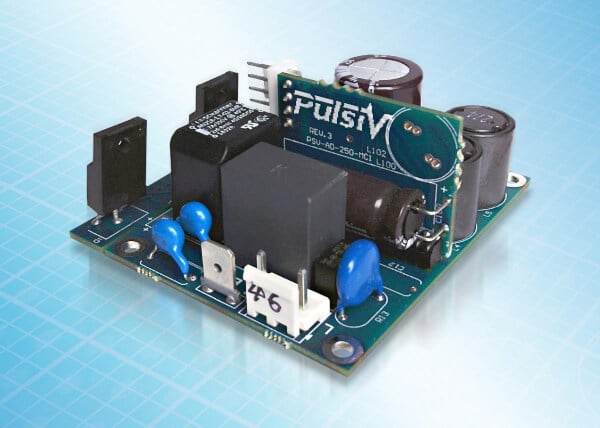 Pulsiv is a relatively small British company on the verge of doing big things. As a spinoff from the University of Plymouth, started in 2013, its first mission was to improve the efficiency of converting direct current (DC) power from solar panels to alternating current (AC) power for use in appliances and on the grid.

“There is so much waste in the system in terms of electricity,” Darrel Kingham, CEO of Pulsiv told EEPower during an exclusive interview with the company. “There are lots of initiatives underway to address that, whether the standards like Energy Star or doing similar things in Europe. There are a whole bunch of trends where efficiency of conversion (from AC to DC or vice versa) is becoming more important.”

By 2017, the startup company realized that the same technology it had developed for solar panels could be scaled up and used for power supplies and battery charging systems, going from both DC to AC and AC to DC. The Pulsiv design provided better efficiency and with its small size improved power density, all while not increasing costs. Their product is called Osmium.

“Pulsiv was established based on some research that I was doing while I was an academic. I was doing research on algorithms that could extract more energy from solar panels,” Zaki Ahmed, Chief Strategy Officer at Pulsiv told us.  “What I discovered was that I couldn’t just use off-the-shelf solutions to deliver what I wanted to do so I had to design a lot of things from first principles. As a consequence, the circuitry that I came up with has application both in the conversion space going from DC to AC, specifically for solar, but also it was applicable in the opposite direction—you could use the principles and technology going from AC to DC.”

“We are focusing on three key markets,” said Kingham. “The first one is any product where you have AC going in one side and DC coming out the other side like USB adapters, off-the-shelf power supplies, laptops, any of those things. The second market is where the OEM integrates the power supply into the product, including gaming consoles, lighting systems, battery chargers for power tools, and televisions. Last but not least we have a market around micro-converters.”

How AC to DC Conversion Works

“The underlying patent, or idea, is around a different way of doing the conversion from AC to DC,” Ahmed told us. “The conventional methodology for converting from AC to DC and maintaining a high power factor is using something called a boost power factor correction system (also called a boost PFC)—effectively that is an inductor in series and you clever switching with the inductor so that the current that you pull from the mains looks very much like a sine wave. It matches the voltage and that’s what gives you a high power factor.”

Power Factor Correction (PFC) can be achieved without a switched inductor and requires only a small storage capacitor to be charged/discharged with switches S1 and S2. Image used courtesy of Pulsiv

Pulsiv’s approach is different. Instead of having an inductor in series, Pulsiv uses a capacitor in parallel and regulates the charging current into the capacitor to maintain a high power factor, “but crucially, we don’t have something in series in the power supply,” Ahmed explained.

“The only power we store is what you require further downstream, rather than all the power that your load requires being pumped through an inductor. That’s where we are very different from the incumbents in the market. This provides us with quite significant benefits, especially in terms of efficiency. The reason is we are not storing all the energy that you are using. The only energy that goes through our system is the energy you need to ride through when the grid is going through its zero-crossing points,” he added.

The Pulsiv microcontroller measures the AC to know where you are in the AC cycle.

“We also measure the voltage of the storage capacitor, and by knowing where you are in the AC cycle and how much charge you have on your capacitor, you can regulate the amount of current that you push into your capacitor so that you do it in sympathy with the AC,” Ahmed told us.  “You try to pull the most power when the AC is at its peak and back off when the AC is getting near the zero point. When the AC current is weak, you rely on the capacitor discharging in order to ensure that you are always in sympathy with the AC line. That’s how you maintain a high power factor. Because all the capacitor is used for is to ride through the times when the AC is close to zero, the capacitor can be smaller and cheaper than those required for conventional systems.”

“The controller is the thing that we sell. It has all the algorithms and secret sauce inside it. Everything else in the system is commodity components. Depending on the power levels that you need and the different options that we make available to customers, we give you all the circuits you need to support those options. We give you everything you need from an engineering standpoint to integrate that into your system,” Kingham added.

“Due to the fact that all the energy doesn’t go through a series component, we only store the energy that we need to ride through the near zero events, one of the benefits of that architecture is that you maintain a very high efficiency across the entire power range,” said Ahmed. “With the conventional design, what tends to happen at lower power the material used in the inductors are becoming the dominant loss mechanism and that starts dragging your efficiency down quite early—what people need to do to maintain a high efficiency (at lower power levels) is to add a secondary smaller power supply that supplies the load during low power mode. This is because the Energy Star requirement requires a minimum efficiency profile to be maintained across the power range. With the Pulsiv approach, inherently we have a flat efficiency profile, this is the key benefit that doing things differently provides us. And it is done at low cost.”

The Pulsiv technology also allows a power supply to be built into a small space. According to the company, the space required for a typical 30-watt power supply for a digital device could produce as much as 120 watts using the Pulsiv system. Such a system would also remain 90 percent efficient all the way down to 5 watts and at a fraction of the cost. 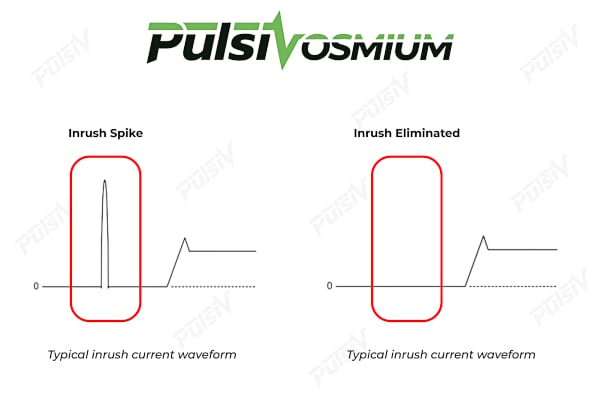 Beyond efficiency, the Pulsiv system has another significant advantage. A conventional system produces a massive spike in initial current. If your operating current is half an amp, the in-rush current could be as high as 60 or 70 amps.

“One of the advantages we have is we don’t have any in-rush current. In our technology the entire path to the storage capacitor is completely regulated, there is absolutely no in-rush in the power supply,” noted Ahmed.

The Pulsiv approach also can be easily scaled to produce higher-power devices—up to and including EV battery chargers. This is a direction the company is interested in going.

Building efficient power supplies may not seem as glamorous as producing EVs, but in the long run, it may significantly influence climate change.

“Electricity is growing in terms of consumption, so anything we can do in terms of efficiency has a great impact,” said Kingham.

Pulsiv’s innovative approach shows that engineers can still make a huge difference in making the world a better place.

Updated as of December 7, 2022: So why do these two types of electrical current exist? Learn about the fascinating history of AC versus DC, including the battles for dominance between AC advocate George Westinghouse (assisted by Nikola Tesla) and the champion of DC power, Thomas Edison. Tesla, who arrived in America in 1884, initially worked for Edison on DC applications. But he became convinced that AC was the way to proceed, later met Westinghouse, and sold many of his patents to him for AC power station development.